The S&P 500 dipped 1% this week as investors parsed higher than expected inflation and retail sales. US Treasuries continue to rally, confounding more than a few bond traders.

The big news this week was June’s consumer price index (CPI) print, which accelerated the most in 13 years. The Labor Department reported a 5.4% (4.5% core CPI) leap in June from the previous year. The base effect still applies since the economy was heavily restricted last summer, but when compared to June 2019 inflation still rose by a stout 3%. In his testimony to Congress Thursday, Federal Reserve Chairman Jerome Powell seemed less confident than usual: “This is a shock going through the system associated with reopening of the economy, and it has driven inflation well above 2%. And of course we’re not comfortable with that.”

A key metric for the labor market – applications for unemployment benefits or initial claims – fell to a new pandemic low (360,000). The number has been in steady decline in recent months, signaling a continued healing in the jobs market. One data point in particular caught our eye this week: in states with June and July expiration dates for the expanded $300/week unemployment benefit, continuing jobless claims plummeted by nearly 20%. In states where enhanced benefits are not due to end until September, claims were down just 6.7%.

The US consumer continues to power the economic expansion. Spending volume on consumer goods is over 10% higher than pre-pandemic levels, and shoppers increased spending in June from the previous month. Retail sales rose 0.6% from May, beating economist expectations. Consumers continue to shift behavior – eschewing big ticket items like furniture and home improvement goods in favor of everyday services like restaurants, salons, and clothes.

China reported second quarter GDP growth of 7.9%, and remains on track to meet its annual 6% GDP growth rate. We take China’s self-reported growth figures with a grain of salt, but many analysts appear worried that softening global demand for Chinese goods – coupled with less state investment in manufacturing and real estate – could impact China’s growth rate going forward. China’s economic recovery is also unbalanced. While manufacturing and exports power the recovery forward, domestic demand has faltered. The opposite has been true in the United States, at least for now. 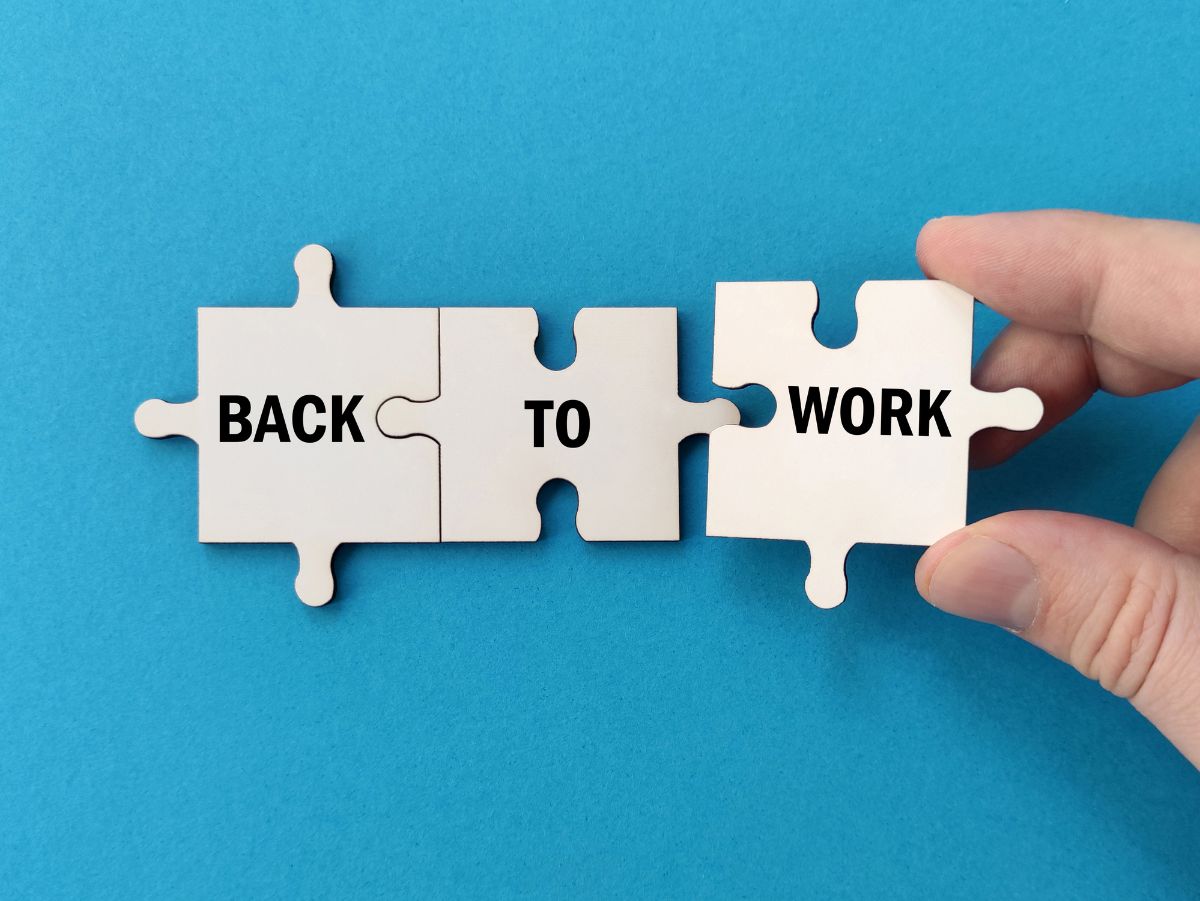 Nearly all 50 states have dropped all pandemic-related restrictions, and many facets of everyday life are starting to look and feel like they did in 2019. Office life isn’t one of them.

The developed world is still transitioning to a post-pandemic work environment, and businesses across industries are struggling to figure out what that looks like. Some of the biggest U.S. corporations are applying different philosophies and taking different approaches, but the common refrain among executives is that they are far from defining “the future of work.”

Facebook, for example, announced on June 15 that employees across the firm could request to work remotely full-time after the pandemic. The company has informed employees, however, that a decision to work remote may mean receiving a pay adjustment based on where the employee relocates. Every employee would also have a bank of 20 ‘work from anywhere’ days, subject to approval.

Around the same time, Apple CEO Tim Cook announced that employees would be returning to the office three days a week on Mondays, Tuesdays, and Thursdays beginning in September. This is what is being termed the “hybrid work model,” which would combine time in the office with time spent working from home.

JPMorgan and Goldman Sachs are also setting up to take this approach. The CEO of JPMorgan, Jamie Dimon, has urged employees in the corporate office and the investment bank to show up to work in the office at least 50% of the time, with a goal of returning to full-time by the end of the year (with some increased flexibility). In Mr. Dimon’s view, collaboration and teamwork – which are instrumental to innovation and productivity – are harder to achieve in a remote setting.

The “future of work” story is quickly evolving, and it is likely to take some fascinating turns in the coming years. 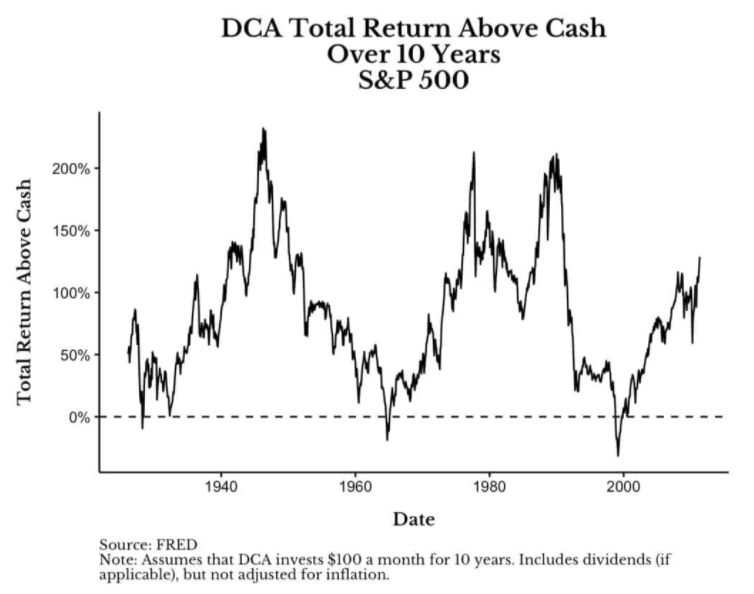 We came across some nifty research this week showing the value of systematically investing in stocks and bonds versus cash.

The study tested whether dollar-cost averaging (DCA) into stocks and bonds over 10-year periods would deliver better performance than cash. For readers who many not be familiar, dollar-cost averaging simply means investing regularly, in intervals, over time. In the case of the study, it meant investing $100 a month into stocks and bonds every month for 10 years ($12,000).

The study performed this simulation for rolling 10-year periods starting in 1926 and ending in 2021. Every point on the chart above represents one 10-year simulation. As you can see, the results point to almost uniformly positive total returns above cash.

The study also notes that when stocks and bonds outperform cash over 10-year periods, they usually do so by a wide margin. According to the study, “the median total return above cash for US stocks is 76% and the median total return above cash for 5-Year Treasuries is 27%. Translating this back into dollars and it means that, on $12,000 in contributions, DCA into US stocks typically ends up with $21,120, while DCA into 5-Year Treasuries typically ends up with $15,240.”

Child Tax Credits Are Being Sent, But Not All Families Want Them 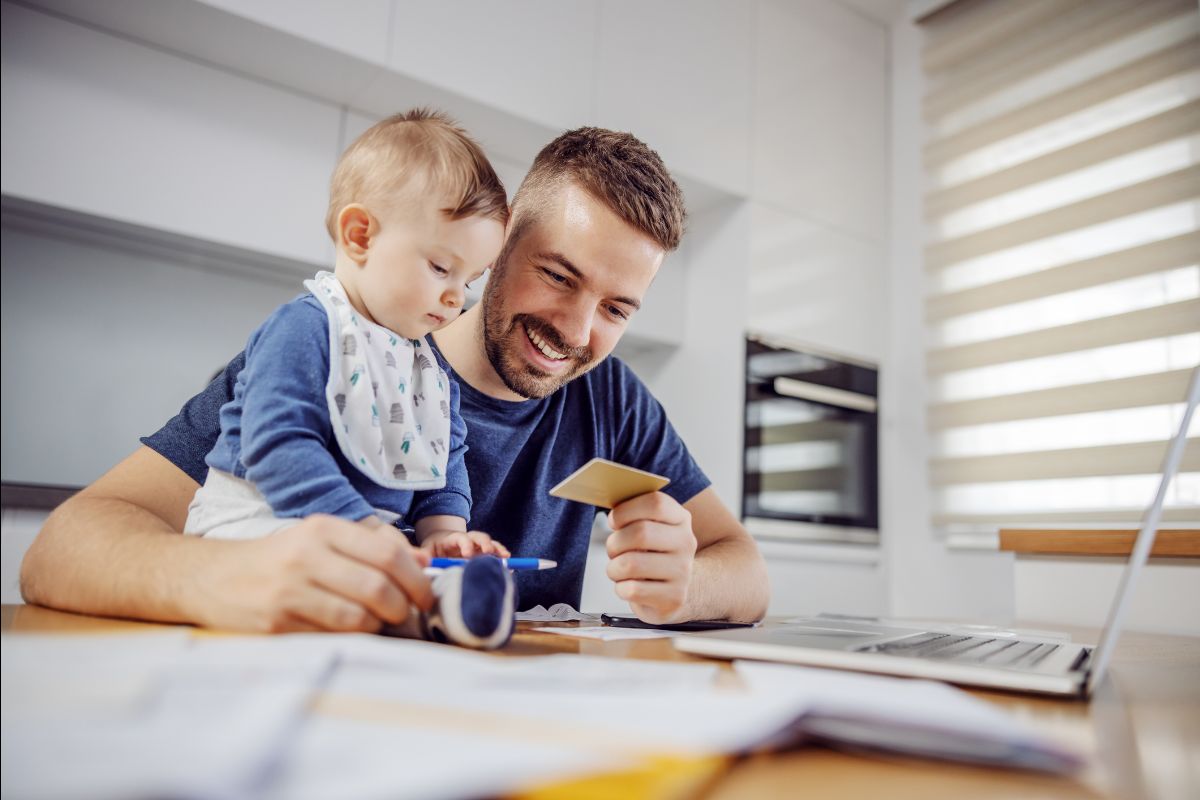 Back in March, Silverlight dug deeper into the expanded child tax credit, explaining how the benefit would work and who it would apply to. As part of the tax credit expansion, Congress made the historic move of instructing the IRS to use existing records to send families prepayments automatically, instead of having folks claim them on tax returns. As of July 15, those payments are going out, but some families are opting not to receive them.

Why forego free money? Turns out, prepayments could end up triggering some unwanted tax surprises next spring. Since the IRS is making monthly payments based on 2019 or 2020 tax returns, the prepayments could potentially be for the wrong amounts. A family whose income goes up in 2021, for instance, may be receiving too high a monthly benefit, and could end up having to pay back some of the prepayments on 2021 returns. Some filers may find their refunds are smaller, or their tax bills larger, because they are receiving half of their child credits up front.

A Wall Street Journal article this week explains how prepayments could create issues: “Here’s a simplified example. Say a married couple with two children over age 5 and $220,000 of income got a $500 refund for 2020. Their 2021 income is similar, so that’s too high for this year’s extra child credit. But they’ll still get permanent credits totaling $4,000—and receive half of that in prepayments this year of about $333 a month. Next year, when they do their 2021 tax return, the $2,000 of prepayments won’t be available to lower their tax bill. So instead of getting a $500 refund, they could owe the IRS $1,500.”

The good news here is that if you and/or your tax professional determine it is better to wait to claim the child tax credit – versus receiving monthly payments – you can ask to withhold payments on the IRS website: https://www.irs.gov/credits-deductions/child-tax-credit-update-portal.

How to Structure an Arbitrage Trade on Your Car Lease 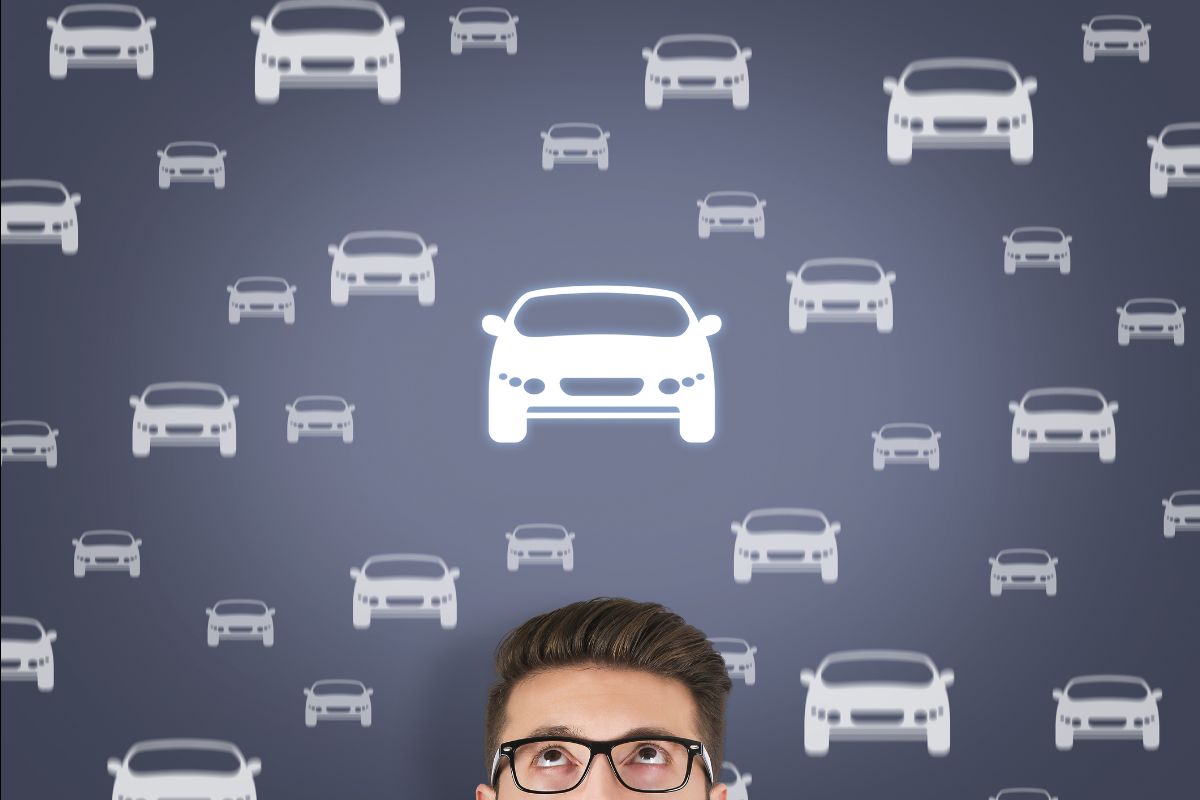 With a little research this week, I discovered I can make $3,000 on my car lease.

I have a car lease coming up in August, and it turns out the fast-growing third-party car seller, Carvana, will buy my leased vehicle for $3,000 more than my current lease buyout. Apparently, this has become common because the car market is so hot.

Here's how it works: Third party companies like Carvana, Vroom, Shift, and CarMax are making offers on leased vehicles that sometimes exceed their lease buyout value. For example, if your current lease buyout is $20,000, and one of these third-party companies is willing to pay $22,500 for your leased car, then you have $2,500 in "lease equity." Some car companies prohibit third-parties like Carvana from buying-out the lease, but a person is still free to buy the car themselves and turn around and sell it to Carvana.

Investopedia defines 'arbitrage' as: "the simultaneous purchase and sale of the same asset in different markets in order to profit from tiny differences in the asset's listed price. It exploits short-lived variations in the price of identical or similar financial instruments in different markets or in different forms."

Takeaway: turning your car lease into an arbitrage trade may be a creative way to hedge inflation.

The Debt-to-Income Problem for Graduate Students 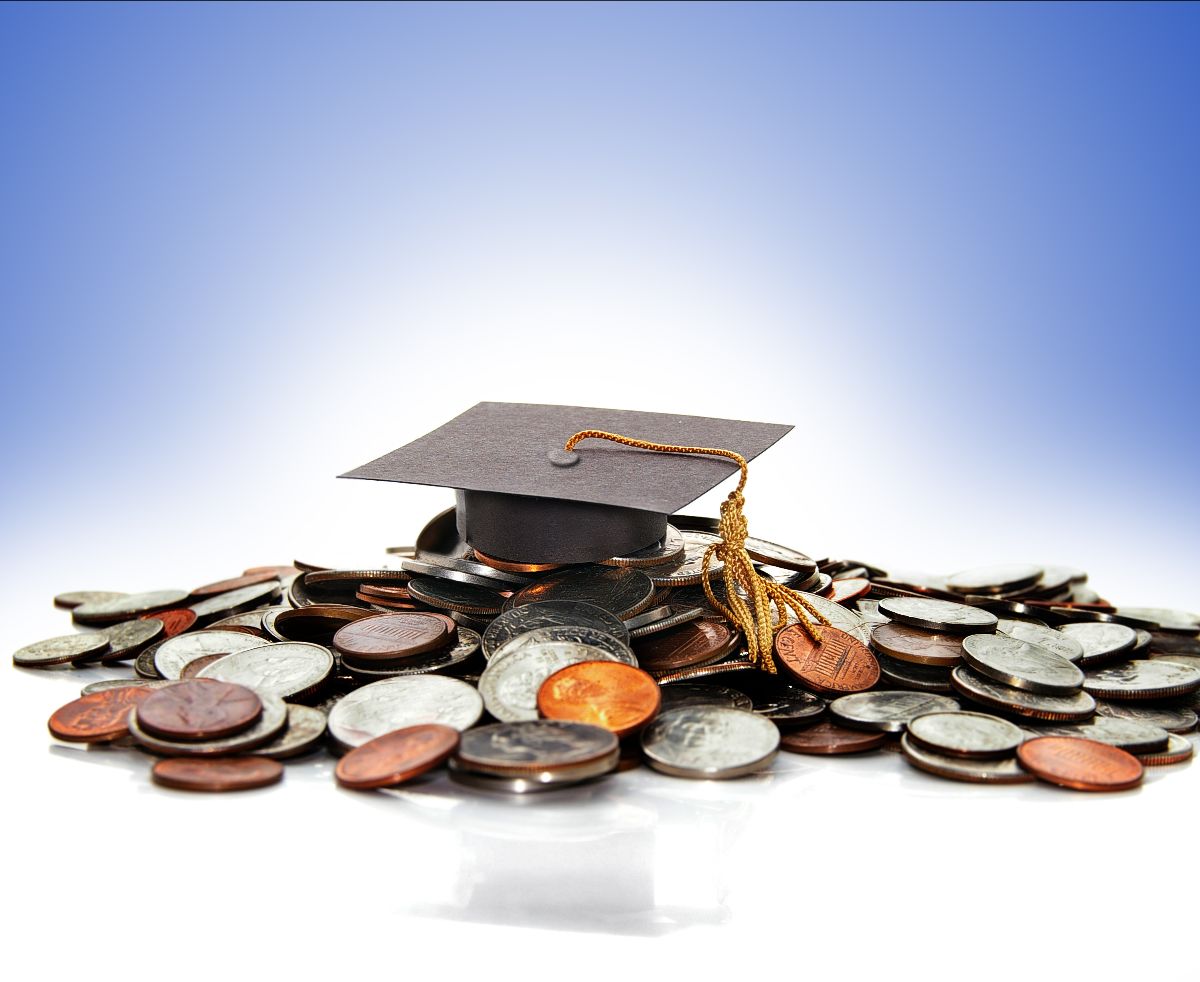 According to a Wall Street Journal analysis of Department of Education federal student loan data – some of which was released for the first time this year – graduate students at some of the world’s most prestigious universities have major debt-to-income problems.

Among the findings, recent film program graduates from Columbia University had median debt of $181,000. But two years after earning their master’s degrees, some 50% of borrowers were making less than $30,000 a year. At New York University, graduates with master’s degrees in publishing borrowed a median $116,000 but had median incomes of $42,000 two years later.

At the University of Southern California, graduates from the marriage and family counseling program borrowed a median $124,000, but 50% of them were earning $50,000 or less in the years that followed.

Graduate loans are different from those offered for undergraduate study, in that the federal “Grad Plus” loan program has no fixed limit on the amount students can borrow. It’s the fastest-growing student loan program, and in recent years has charged interest rates as high as 7.9%. Universities have taken note – since the rollout of “Grad Plus” in 2005, colleges have expanded graduate-school offerings at a rapid clip.

A great line from the story: “The power of legacy branding lets prestigious universities say, in effect, that their degrees are worth whatever they charge.”

The article and the data are not presented as an outright denunciation on masters degrees, but the important point is made that students should not borrow without considering their likely earning power post-graduation.

The health narrative presented by Fitbit, the Apple Watch, and other wearable technology seem to coalesce around a single idea: people should strive to walk 10,000 steps a day to be healthy.

The idea was popularized in Japan in the 1960s. The 1964 Tokyo Olympic Games spurred a fitness craze, and a clock maker eager to capitalize on the craze mass-produced a pedometer that he named the “10,000 steps meter.” It’s been 10,000 ever since.

A study published last year of nearly 5,000 middle-aged men and women of different backgrounds found that 10,000 steps weren’t needed for longevity. They found that people who walked 8,000 steps were at far lower risk of heart disease than those who walked half as much, but the value-add of taking additional steps beyond that did not amount to much.

At the end of the day, walking is fine and most people should do more of it. But meticulously counting steps is not a requirement for good health.