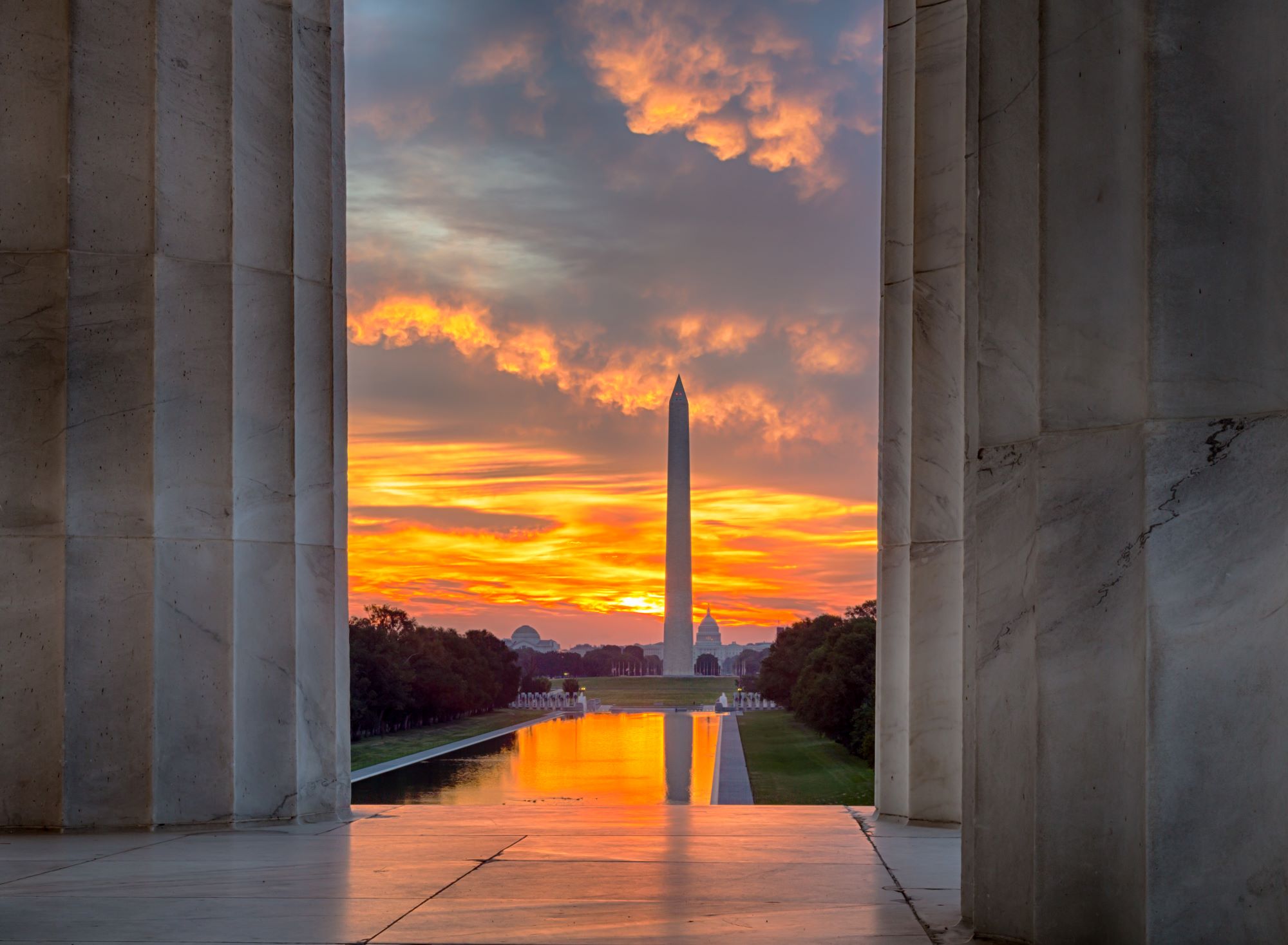 Here’s what investors need to know about potential tax changes after the November election.

Joe Biden’s chances of becoming the 46th president of the United States have risen to 87%, according to FiveThirtyEight’s latest projection. Meanwhile, PredictIt has the odds of Democrats sweeping the White House and Congress at 58%.

These outcomes are by no means assured. Odds-makers and polls are known to get it wrong — sometimes by a lot.

Still, there is no downside to gaming what a Biden White House and a ‘blue wave’ could mean for policy going forward, particularly with regards to the tax code. Markets always look ahead and investors should think similarly.

Like any candidate, Joe Biden aims to foster a fairer economy through the eyes of his supporters. His vision is for the government to play a more active role in regulating the economy and redistributing wealth.

Pushing the maximum capital gains rate to 40% would be on par with the highest levels ever and make the U.S. a global outlier. However, keep in mind this rate would only apply to the small percentage of Americans whose annual income exceeds $1 million. 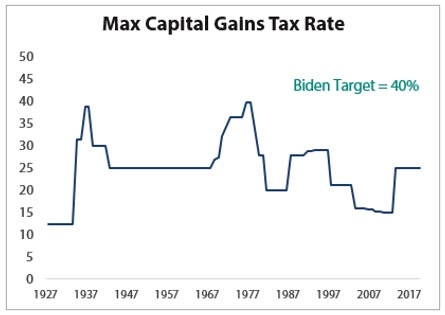 Corporations have taken a hit in the pandemic, so Biden may opt to delay the phase-in of higher corporate tax rates to 2022 or beyond.

Biden’s 28% target also holds a silver lining: policy debates in the future will now likely use 28% as the high-water mark, instead of the 35% rate in place before Trump’s cuts. The goal posts have semi-permanently moved to the downside – a positive for corporations.

Here are some broad tactical considerations to be thinking about.

Election Uncertainty. The viability of Joe Biden’s tax plan depends on Democratic control of the House and Senate—hardly an assured outcome.

Democrats need a net four seat gain to reach 51, but with a Biden win they could raise taxes in a 50-50 Senate (the vice president casts the tiebreaking vote). The Senate races to watch in November are Alabama, Arizona, Colorado, Georgia, Iowa, Maine, Montana, and North Carolina.

Timing. Even with the ‘blue wave’ outcome, changing the tax code is incredibly complex and time-consuming, so investors will have time to plan.

“The Ryan Blueprint” for lowering corporate tax rates was ready on Day 1 of the Trump Administration, but it still took a year to push through the changes.

Ronald Reagan talked a lot about tax reform in his campaign against Jimmy Carter in 1980. Yet, it took another six years for his administration to pass The Tax Reform Act of 1986.

Capital Gains. The last time the capital gains rate ticked higher – a marginal move from 15% to 20% in 2013 – investors rushed to realize gains at the lower rate.

If high net worth investors perceive a strong chance Biden will follow through in doubling the capital gains rate, it could spur a more aggressive effort to realize gains ahead of the change, which could mean a December to remember.

That said, capital gains tax hikes have not historically foreshadowed major dips in subsequent returns. Since 1927, the median annual advance for the S&P 500 is +10.8% compared to +9.2% in years when the capital gains rate increased (source: Bloomberg Intelligence).

A Biden administration may also pursue eliminating the stepped-up basis for capital gains at death, which could significantly increase tax burdens for heirs. These changes would almost certainly warrant adjustments to tax and estate planning strategies on an individual level, but they seem far less likely to impact the market’s direction in either the short or the long-term.

Corporate Tax Rates. If implemented in 2021, Bloomberg Intelligence estimates the Biden plan could shave 15% from aggregated S&P 500 EPS over the next three years. If delayed to 2023, the effect could be far lower—3% by Bloomberg estimates.

Currency. One key takeaway from the final Presidential Debate was that Biden and Trump are both committed to deficit spending. This may lead to a weaker greenback. When the dollar has experienced bouts of secular weakness in the past, commodities and international equities have outperformed.

For investors, it’s always hard to make a clear heads or tails assessment of tax proposals. Taxes matter but are never the only thing that matters. A confluence of reflexive factors drive investing outcomes.

Investors also discount the future differently, based on their own unique time horizons and tax rates.