The S&P 500 Is Missing The Energy Bull Market, Are You?

The S&P 500 Is Missing The Energy Bull Market, Are You? 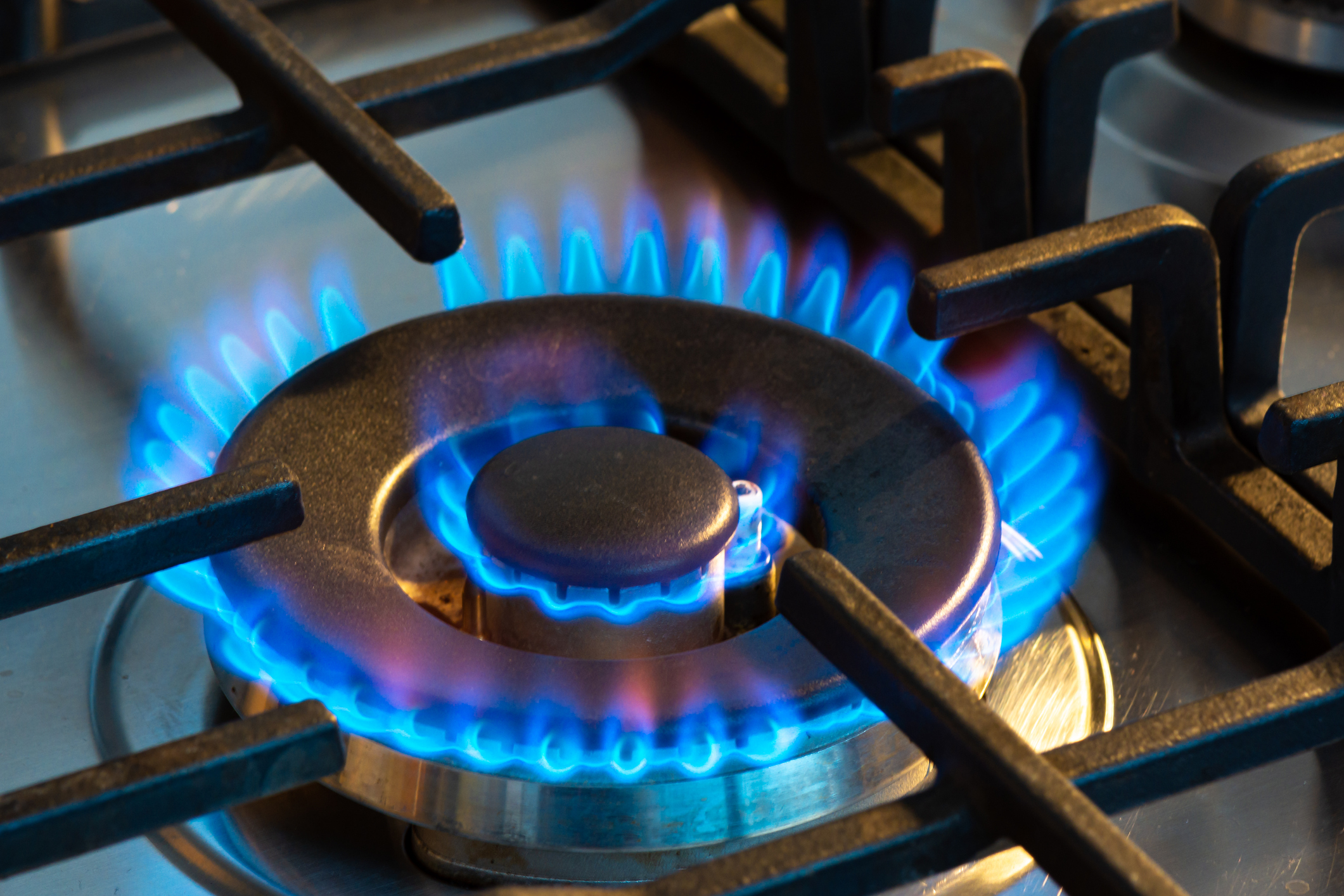 “We’re going to make sure everyone knows Exxon’s profits. Exxon made more money than God last year,” President Biden said Friday at an event near the port of Los Angeles.

The S&P 500 Energy sector has returned 61 percent year-to-date compared to a 18 percent decline in the S&P 500 index. Exxon Mobile—the company the President called out at his press conference, has generated a total return of nearly 68%.

Perhaps someone should tell the gatekeepers of the S&P 500 how well Exxon is doing. The most popular equity index in the world still only carries a 5% weight to energy firms.

What about you? How much energy exposure is in your portfolio?

Everyone is paying a lot more at the gas pump nowadays, but not everyone is properly hedging inflation in their portfolios.

Most investors still have meager exposure to energy firms. This is largely based on how passive the overall equity market has become. In 2016, about 42% of domestic equity mutual funds and ETFs were allocated to passive investment products. Today, the percentage is 57% and rising. Passive flows now represent the majority of the money going into the US stock market. 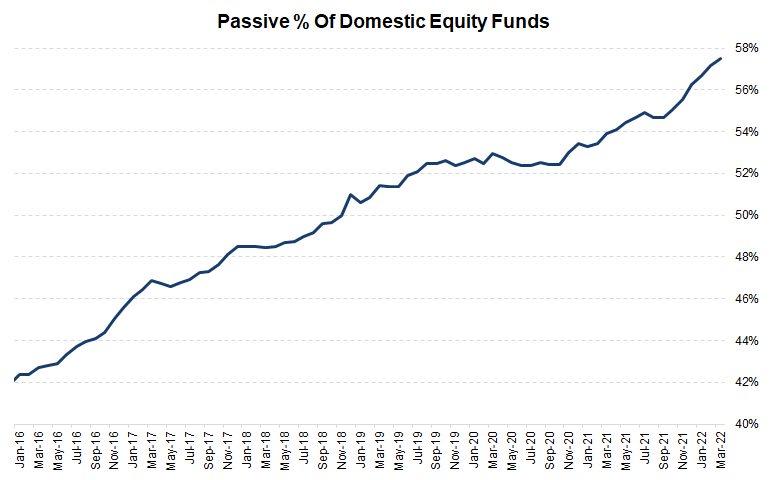 As the overall market gets more passive, stocks will react more passively to shifts in the economy. A quick glance at fundamentals shows that is probably happening now.

It makes economic sense for energy shares to be outperforming. WTI crude oil is trading around $120, up 82% since the start of the year. Also, energy was the best performing sector in the 1970s, when inflation last spiked well above trend like it is now. The recent CPI report showed aggregate prices for goods and services jumped 8.6%—the highest inflation print since 1981.

Given the severe spike in oil prices and inflation, it’s easy to see why the S&P 500’s allocation to energy is bonkers.

The current weight to energy is similar to where it resided in 2019—when inflation was below 2% and crude oil prices were near $60. Today, inflation is 8.6% and WTI crude is trading at $120 a barrel. Yet, S&P 500 investors still only allocate five cents out of every dollar they invest into energy shares. 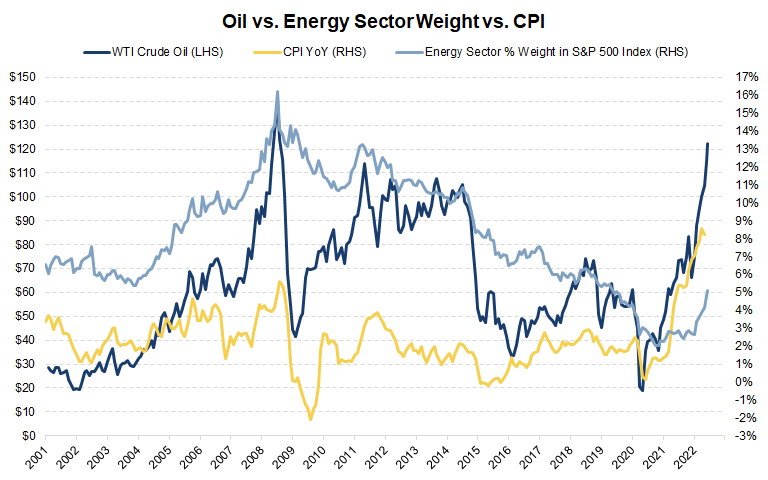 The energy weight in the S&P 500 was higher in 2016, when crude oil traded under $40. Now, crude is three times higher. How is that anywhere close to rational? Most energy firms sell energy, don’t they?

There appears to be a delayed reaction going on. The light blue line (energy’s share of the S&P 500) isn’t keeping pace with the big spike in inflation. This exposes the Achilles’ heel of passive investing. Passive investors operate with a rearview mindset. They systematically favor firms with the biggest existing market values, which makes them unresponsive to sudden shifts in economic and corporate fundamentals.

The opportunity set in energy has been apparent for a while now. For example, I flagged an opportunity to go overweight the sector in February 2021, writing, “investor positioning shows most investors are not capitalizing on energy’s recent outperformance.” Since that article the S&P 500 Energy Sector has gained 105% compared to a 1% return for the S&P 500.

If you wish to avoid investing in fossil fuel companies for climate-change reasons, that’s your call. Just make sure you’re not missing out on inflation protection because you aren’t paying attention to how passive your portfolio is. Now is a time to know what you own.

Many people have their 401(k)s allocated to target date funds and other products that rely almost exclusively on passive indices. Those indices will be the last to upgrade weightings to sectors that are inflation beneficiaries, such as energy and materials.

There is a reason index funds are so cheap. Big providers like Vanguard and BlackRock don’t pay an army of analysts to do fundamental research—they just follow the market. Therefore, the S&P 500 won’t own more energy until after it outperforms, because that’s how it earns a bigger weight.

Unfortunately for passive investors, by the time the S&P 500 finally marks the energy sector to a meaningfully higher weight, the energy bull market may be over. Why wait to buy more of something at a higher price if the value is evident now?

Active investors can get in front of this slow-moving passive rotation to energy. The overall pace of direct allocations to the sector isn’t stretched. Compared to other iShares sector-based ETFs, energy ranks number four in net year-to-date inflows. 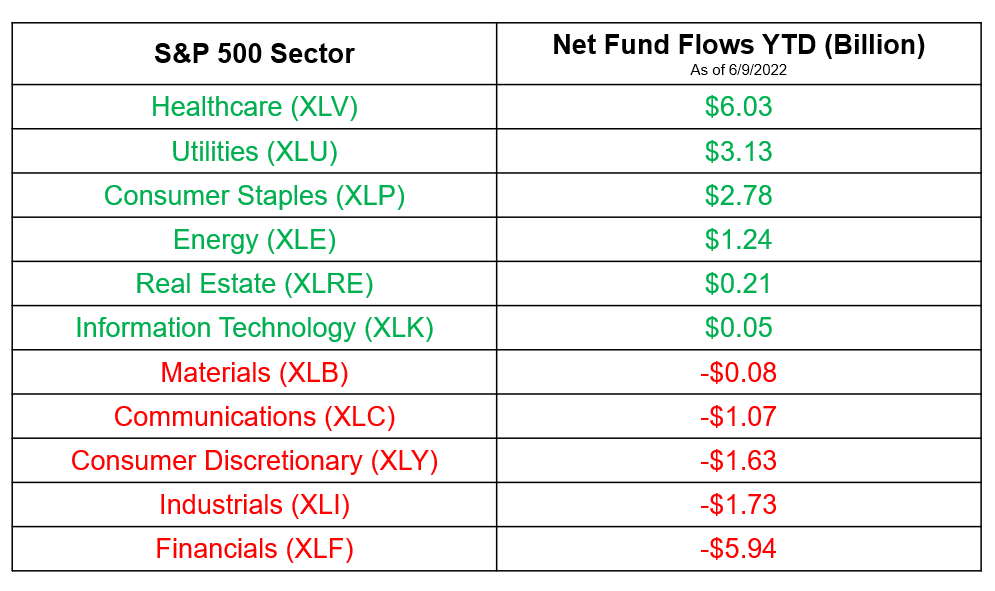 Another way to put energy flows into perspective: According to Bloomberg, Cathie Wood’s ARK Innovation ETF (ARKK) has raked in more capital this year (+$1.38 billion in net flows) than the iShares Energy ETF (XLE) has (+$859 million in net flows).

The most glaring thing about this statistic is the recent relative performance spread between the two. Ms. Wood’s ARKK fund has lost 58% year-to-date compared to a 61% gain for XLE.

Going forward, the world will still need innovation and energy. But the era of high growth, high valuation stocks outperforming has probably ended. Inflation is here. Passive indices will continue to sluggishly discount the changes that have transpired in the real economy.

If the President keeps talking about how much profit Exxon is making, maybe more people will buy the stock. That would help boost energy supply, and eventually bring inflation down to a more comfortable level for everyone.