Submitted by Silverlight Asset Management, LLC on May 15th, 2019 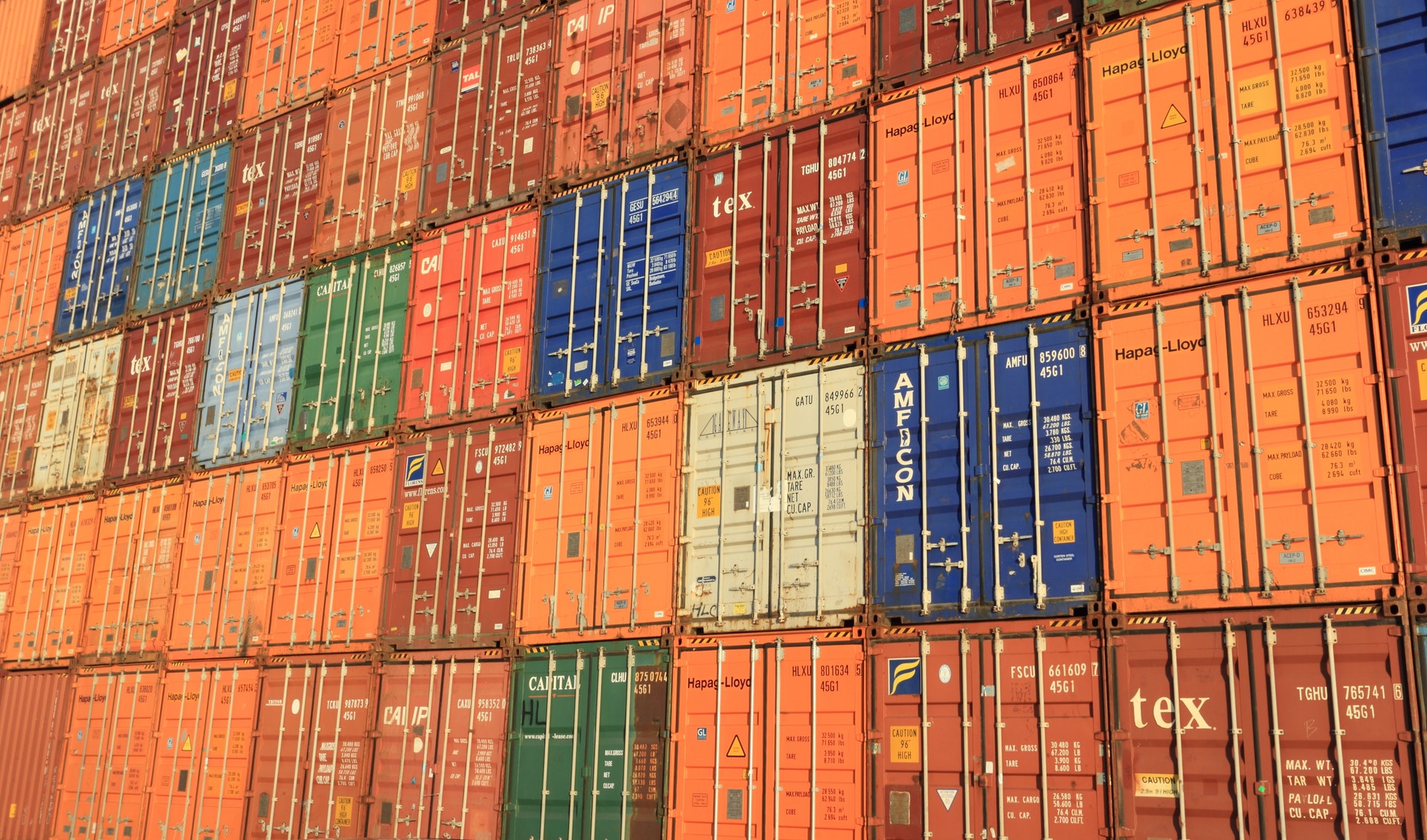 Anxiety over the brewing U.S./China trade spat spilled over on Monday when over 90% of U.S. stocks closed down and the S&P 500 logged its biggest decline in four months.

Former Secretary Rumsfeld understands the challenge of making important decisions with imperfect information. When he stood at a podium in 2002 and spoke about differentiating between knowns and unknowns, he brought public attention to a heuristic technique intelligence pros have long used to analyze geopolitics. Investors can apply a similar framework to help filter trade war headlines.

We know the stock market never goes up or down in a straight line. The S&P 500 is down 4.5% since trade tensions re-escalated on May 3rd. Prior to that the index was up 17.1% for the year. Corrections are normal and healthy.

We know big pullbacks in single sessions don't say much about future trends. Per Cameron Crise at Bloomberg, there have been 803 days in which the S&P 500 dropped by 2% or more. On 59% of those occasions the market rallied over the next 6 months.

We know President Trump tweets a lot. His tweets move markets. Algorithms immediately trade off them, contributing to a choppy trading environment.

For most people, it probably makes sense to avoid trading Twitter chop. Much of it is just short-term noise.

We know exports comprise 12% of U.S. GDP. Meanwhile, 68% of the U.S. economy is driven by consumption.

We know some companies have more exposure to China than others. For instance, Apple Inc., which relies on China for 20% of its revenue, sank 5.8% on Monday. Meanwhile, utilities and REITs that are domestically focused finished the day in the green.

We don't know if the trade skirmish is more about trade or elections. This could determine how long the trade issue looms over markets.

We don't know who will ultimately bear the cost of tariffs. The 2018 tariffs on Chinese imports were structured to be felt by Chinese suppliers but not U.S. consumers.

This time around, U.S. consumers are likely to feel more of a pinch. On Monday, the U.S. Trade Representative’s office released a list of about $300 billion worth of Chinese goods that includes apparel, toys, cell phones, laptops and other items the Trump Administration may hit with a 25% tariff.

The latest tariffs will probably stoke higher inflation in consumer goods. But there are many supply-chain variables to assimilate. Will importers, wholesalers, retailers, and/or consumers bear the majority of the cost?

We don't know what the real economic impact will be. Some economists are modeling between a 0.2% - 0.3% hit to U.S. GDP as a result of raising tariffs from 10% to 25%. Considering GDP growth was 3.2% in the first quarter, this does not seem like a threat capable of tipping the U.S. economy into recession.

One wrinkle, however, is the U.S. economy may not be as strong as headline figures suggest. Last year's trade skirmish resulted in supply-chain padding. Many firms built up inventory stockpiles to hedge the risk of more tariffs. Thus, GDP got an artificial boost in Q1. While headline GDP growth was 3.2%, final sales (excluding inventories and net exports) grew at a more modest rate of 1.4%—the weakest performance since 2015.

Nonetheless, given the recent trend of rising wages and low unemployment, President Trump may be betting the U.S. is in better relative shape than China to weather a trade-related storm. The International Monetary Fund forecasts the trade war will hit China harder in the short run. In the longer run, the effects are projected to be more evenly distributed. 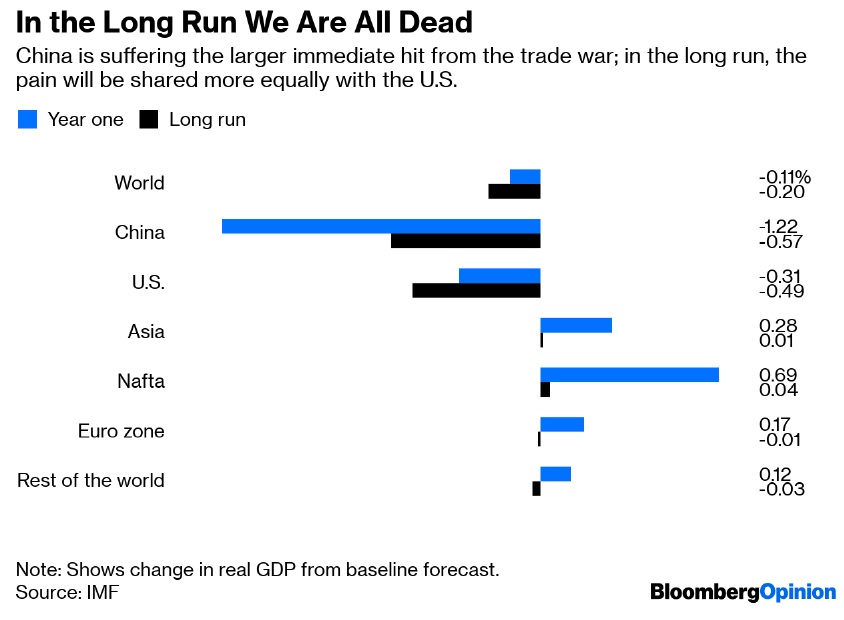 We don't know how to model uncertainty. We can calculate what raising a tariff from 10% to 25% means in relation to the amount of traded goods. What we can't calculate, however, is the economic toll  uncertainty has on economic actors and investors. This psychological variable is important in determining how the big picture unfolds.

Will fixed investment stall as managers wait for policy clarity before deploying capital? Will investors still assign a mid-teens multiple to future earnings that are more uncertain?

The last category to consider is 'unknown unknowns'.

The problem with this category is that if you're aware you have a blind spot, it doesn't qualify!

We can decrease our susceptibility to blind spots by becoming more educated on issues, including trade. There's a reason Warren Buffett reads for six hours a day.

To summarize, it's easy to see trade war risk when it manifests in market sell-offs. What's harder, and frankly a lot more important if you're an active investor—is dissecting the details. Categorizing what you know versus what you don't helps avoid the common tendency to overreact to price action, or overly extrapolate a risk beyond rational boundaries.

If you own individual stocks, now is a good time to sanity check how much revenue each company derives domestically vs. overseas. Also look at valuation. If a stock is trading well above it's 5-year average multiple, you may be exposed to more downside risk than you realize if negative sentiment persists.

The biggest point is to only invest based on the things you know, or can at least reasonably estimate. Subjective opinions are like air—they're everywhere. But that doesn't mean you should pay attention to all of them, especially if your goal is to make money.