Retirement Can Be Anything You Want It To Be

Retirement Can Be Anything You Want It To Be 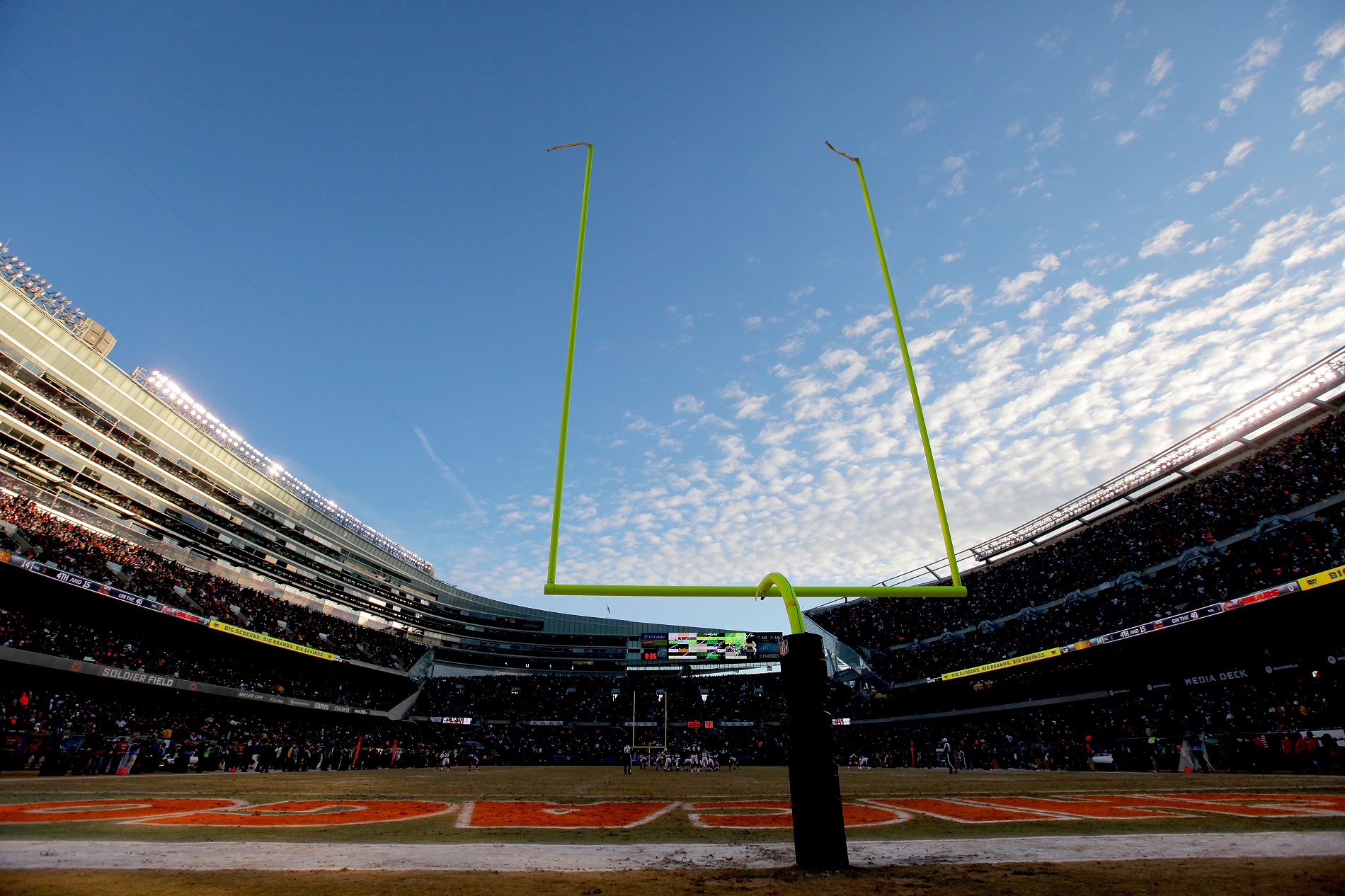 If you’re a Chicago Bears fan like me, it was a special moment when quarterback Mitch Trubisky took a knee with 10 seconds remaining in Sunday’s game against the Green Bay Packers. Not only did it close out a 24-17 victory against the team’s arch rival, but it also secured the Bears’ first NFC North title since 2010.

Led by first-year head coach, Matt Nagy, the Bears have catapulted from worst to first in their division—showing that dramatic turnarounds are possible in the NFL.

As an investment advisor, I meet a lot of people looking for a turnaround plan. The hot button issue in my world is retirement planning. Per Gallup, not having enough to retire is the number one financial fear facing Americans.

Two themes that helped my favorite football team turn it around this year may also help readers get their retirement plan on a better footing in 2019.

Football is a team sport. But Coach Nagy believes it’s important to empower everyone in his locker room. That’s why, painted in bold letters outside the meeting rooms at the Bears’ facility, is a mantra.

In the high-stakes atmosphere of the NFL, it’s easy for players to become uptight and fearful of making mistakes. Coach Nagy encourages his players to relax and just be themselves. Enjoy playing the game.

Coach Nagy’s “Be You” mental model can be applied to retirement planning. Many people associate stress and complexity to the process of configuring a retirement plan. It’s often an impersonal exercise, which they approach with a scarcity mindset.

But the question I fire back is, “Enough for what, exactly?”

You’d be surprised at how often this question is followed by a blank stare.

Truth is, having unclear or generic goals makes it difficult to craft the right investment plan. That’s why taking time for deep introspection of what you’re trying to fund is a prerequisite to understanding if you’ll have “enough.”

Financial freedom is not about not working. It’s about having greater control to work on projects we want to pursue. It’s about “Being You,” more fully and unabashedly.

In a New York Times article, Carl Richards frames a “traditional retirement” with this napkin sketch: 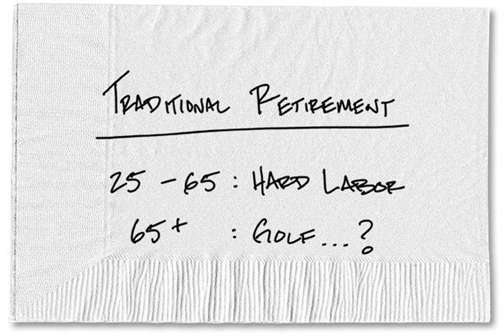 According to Richards, a better way of framing retirement looks like this: 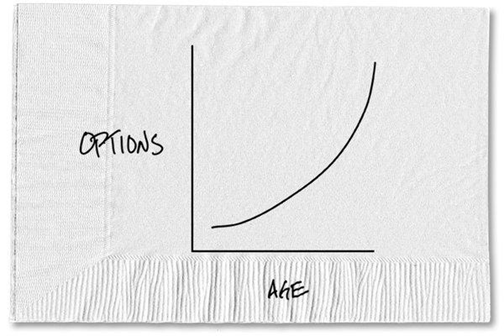 I agree with him on the second sketch.

A good financial advisor can help you discover that the secret to retirement isn’t about making the biggest returns and the best investments. It’s about devising the right formula and having the right mindset.

The first step is to visualize what an abundant life looks like through your eyes. Below is another sketch I use sometimes to help facilitate brainstorming sessions. 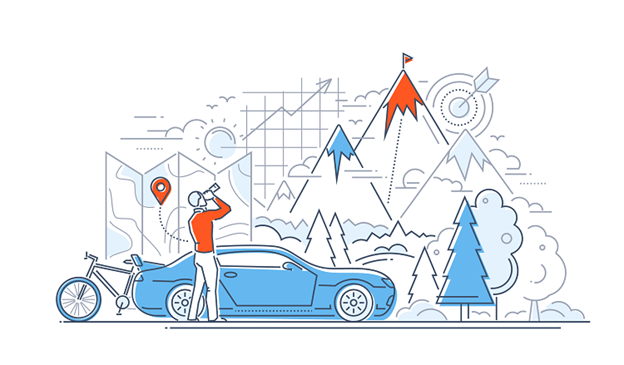 Once you know the mountain you aim to climb, then you can draw a map (asset allocation), and work on picking the right vehicles (funds, individual securities, annuities, account types, etc.).

Many people jump right to worrying about finding the perfect vehicles, before they know where they want to go. It all starts with delineating true personal goals, worth chasing.

Adjust during the game

Part of the reason for the Bears’ winning record this year is their success in the first quarter. Coach Nagy meticulously scripts the first 15 offensive plays for every game. His offense tends to execute those plays well, taking an early lead.

But games are not won or lost until the final whistle blows. And after those first 15 plays, Nagy adjusts his play-calling based on the flow of the game.

Retirement planning is similar. It’s unrealistic to think of this as a “set it and forget it” type of exercise.

Every financial plan is invariably wrong. No matter how hard you work to script the perfect plan, no one can predict the precise ebb and flow of the game ten or twenty years out. There’s a reason the Monte Carlo simulations that many financial planners run involve projecting 10,000 different iterations: the future is uncertain!

That’s okay. You just adjust to your evolving circumstances. A financial plan should be a living, breathing document. There is no perfect plan—it’s more about making educated guesses, adapting, and always playing the game in front of you.

If the Bears surrender a touchdown on an opening kickoff, Coach Nagy is not going to forfeit the rest of the game.

Similarly, if you find yourself in a financial hole, stop digging!

Figure out how to climb out. Or elicit someone to help you.

Matt Nagy’s story offers a relevant case study. Professional football players confront retirement much sooner than most people. They can only play the game they love for so long.

Before he was named the leader of a charter football franchise in Chicago, Nagy was a washed-up Arena League quarterback, trying to figure out what his next stage of life should look like.

Married with four children, Nagy couldn’t afford to retire and quit working. Instead, he took a real estate job. Although his dream was to coach football, part of him was attracted to a more stable occupation.

One day, Nagy was in the middle of selling a house and his phone rang. It was the head coach of the Philadelphia Eagles, Andy Reid. He offered Nagy a job, which he accepted.

In so doing, he committed to climb a more challenging mountain that day. But it was the one his heart gravitated to.

For Nagy, “Be You” meant “Be a football coach.” Ten years later, he’s a leading contender for NFL Coach of the Year.

Pursuing your passion may sound cliché, but it truly is the best way to maximize human capital. Whether that be at an early age, or even much later in life.

I’ve worked with hundreds of retirees in my career. The happiest folks I’ve met are not really “retired.” They’re consulting, pursuing new hobbies that stretch them, traveling to new places, mentoring. Some even start brand new careers, like Nagy did.

If you’re committed to being you, and willing to make the necessary course corrections along the way, your retirement can be anything you want it to be.