A New Strategy For 2018: The Dobermans Of The Dow

A New Strategy For 2018: The Dobermans Of The Dow 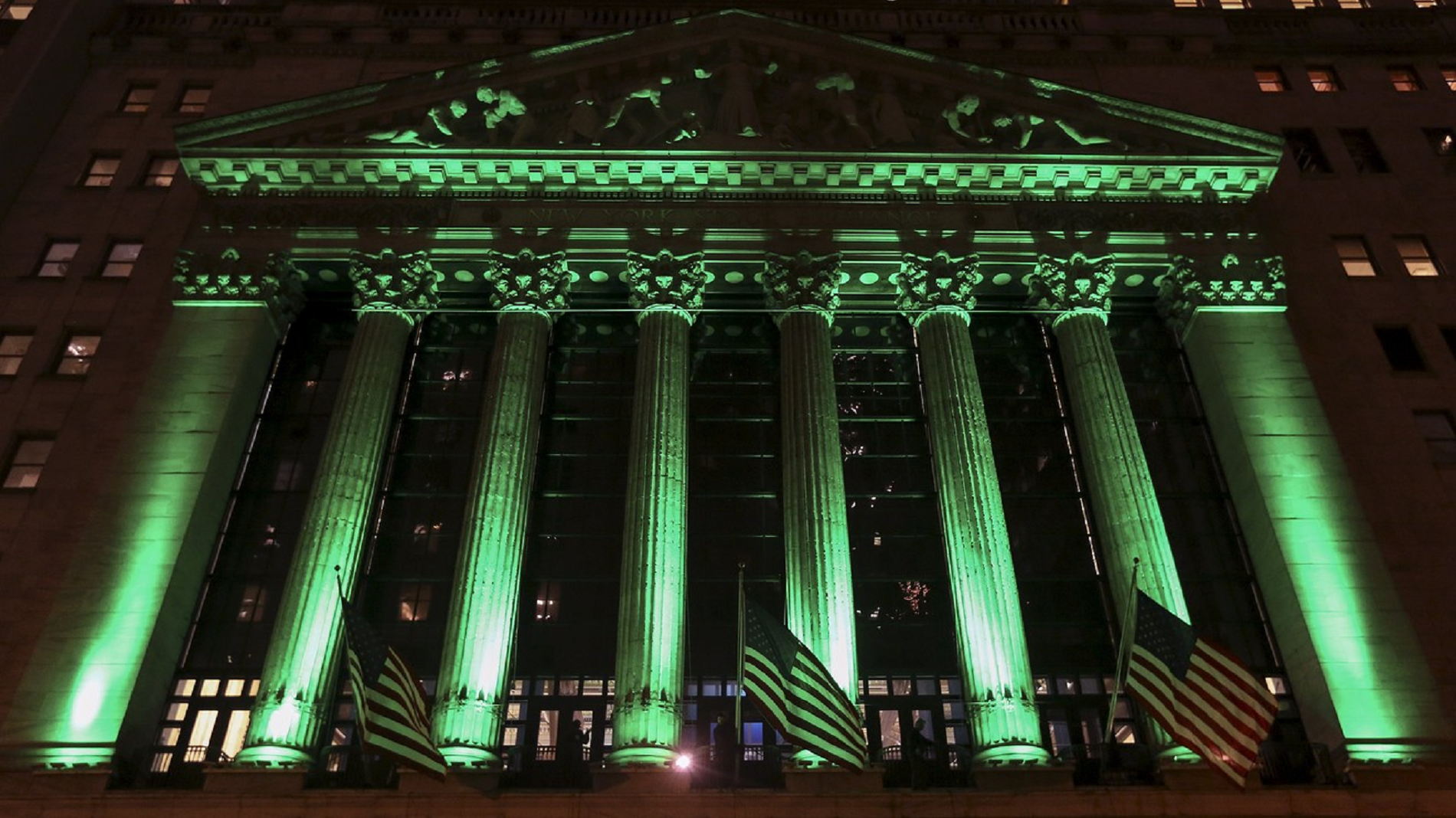 Karl Friedrich Louis Dobermann was a busy man. In the late 1800’s, he roamed the streets of Germany, collecting both coins and canines, as a tax collector and dog catcher.

Oddly enough, the jobs complemented one another. Tax collecting was a dangerous line of work back then. Collectors were often targeted by thieves and bandits, so Dobermann used stray dogs for protection during his rounds.

One day, he had an idea. What if he could develop a super dog? A special, one of a kind dog to be his loyal companion and protector?

He started a series of breeding experiments. The grand result, unveiled in 1876, became known as the Doberman Pinscher—now considered one of the smartest, most athletic dogs on the planet.

There are no records indicating the precise combination of breeds Dobermann used, although many believe he may have combined a Rottweiler, German Pinscher, and a Black and Tan Manchester Terrier.

Left to their own devices, Dobermans assume the alpha role in a household.

In the world of investing, "alpha" is a word used to describe outperformance. A popular screen many investors use to search for outperformance candidates is called, "The Dogs of the Dow."

The strategy is simple: buy the top ten dividend-yielding stocks of the Dow Jones Industrial Average (DJIA) at year-end. Hold for a year, then rinse and repeat.

The strategy has gained notoriety over the years, because it’s easy to follow, and at times has done well.

Yet upon closer inspection, the strategy appears all bark and no bite. Over the last twenty years, from 1998 – 2017, the annual Dogs of the Dow list returned +370%, trailing the Dow’s +397% result over the same period.

One inherent flaw in the screen is its use of dividends alone as a proxy for value. Dividends are fine if a company lacks compelling reinvestment opportunities. But some firms can reinvest at attractive rates of return.

A better proxy for value is the overall free cash flow (FCF) a business generates, i.e. the free cash flow yield. Even still, no single metric fully encompasses the value of a security.

Recall that a Doberman Pincher combines the best elements of several breeds. A better “breed” of stock screen, to borrow a page from Dobermann’s playbook, would seek to engineer a uniquely effective combination of factors.

Free cash flow yield is a value factor that provides a good start. But it only tells us how cheap a security is relative to the current cash being generated.

Another useful factor to consider when evaluating an asset is quality.

“How good” is determined by how much. Specifically, how much cash an asset will generate over its lifetime. Future growth is a crucial consideration in this calculus.

It’s obvious that if a company generates high returns on capital and reinvests at high returns, it will do well. But this wouldn’t sell books, so there’s a lot of twaddle and fuzzy concepts that have been introduced that don’t add much.

To keep things simple, let’s concentrate on ROE, and combine that with FCF yield to see if we can invent a superior breed to the traditional Dogs of the Dow.

Here’s how my Dobermans of the Dow screen works.

This sequential screening technique beat the Dow index in 17 of the last 20 years. Meanwhile, its cumulative total return of +908% blew away the benchmark. 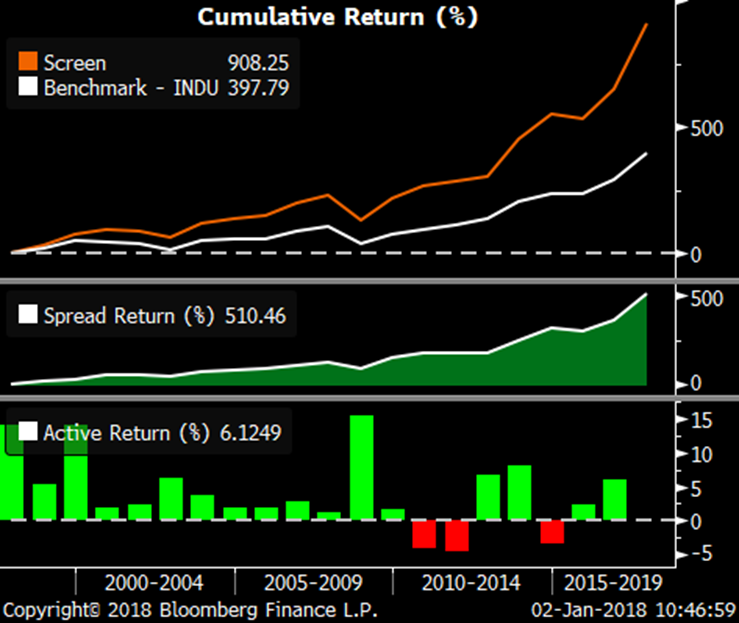 There’s a logical basis for why this screen works. Think about when you shop for everyday items. You don’t just buy the cheapest merchandise you can find, do you?

If you’re like most people, you probably also look at the underlying quality of an item. You ask: how good is this compared to alternatives? Then you consider relative price differentials, and determine if it’s a good deal.

The Dogs of the Dow strategy only asks one question: how cheap? And it makes a narrow comparison in delineating that by only considering dividend yields.

The Dobermans of the Dow is a better companion tool for investors, because it’s more dynamic. It starts by sorting Dow constituents by a quality metric (ROE). Then, among those higher quality names, it compares prices in a more universally applicable way (FCF yield).

If this method resonates with you, here’s the 2018 list of Dobermans.

Disclosure: On behalf of clients whose portfolios I supervise, I own positions in AAPL, BA, CSCO, DIS, IBM, PFE, and WMT. I do not have positions in any other stocks mentioned in this article. This material is not intended to be relied upon as a forecast, research or investment advice, and is not a recommendation, offer or solicitation to buy or sell any securities or to adopt any investment strategy. Reliance upon information in this post is at the sole discretion of the reader.