The Long-Term Market Odds Call For You To Stay Invested

The Long-Term Market Odds Call For You To Stay Invested 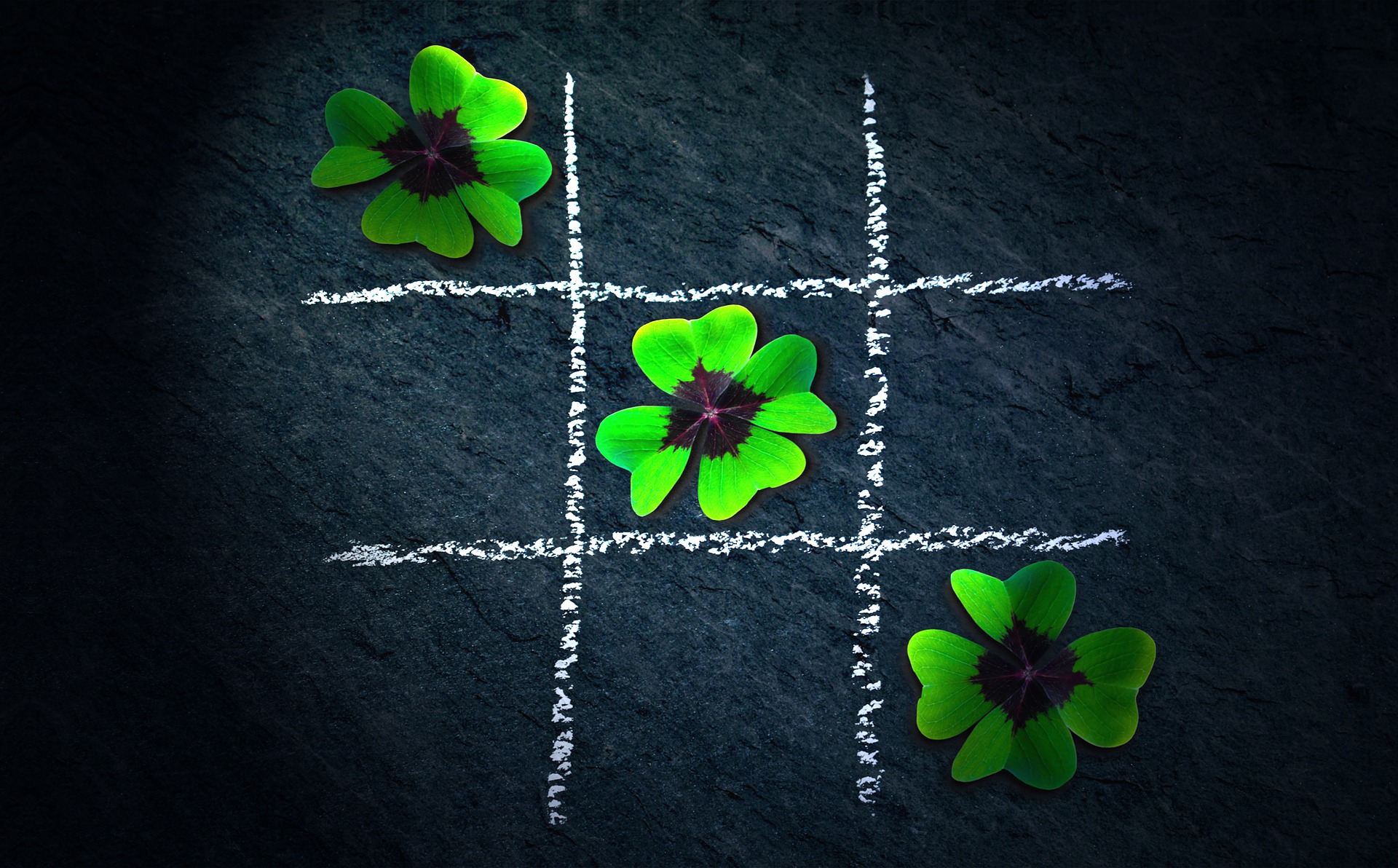 In a headline driven, volatile market like we’ve been traversing, it’s easy for investors to try to overcorrect their positioning. I’m referring to the whole “risk on, risk off” mentality.

A casual market observer probably sees a binary narrative. It seems like everything rides on a U.S./China trade deal.

A few days later, a meeting is announced, and the market reflexively bounces to the upside.

Yes—it’s annoying. But it’s also easy to forget that markets have always been emotional.

It’s important to not overreact to short-term market noise. Even if you think the market setup is binary, and strongly believe you know how events will unfold.

Case in point: the second week of August was an easy time to be a seller. Lots of negative headlines swirling and investor sentiment was depressed. A mere 21% of those polled in AAII’s Investor Sentiment Survey reported a bullish outlook on U.S. equities

Considering the S&P 500 was then only a few percentage points off the all-time high, it’s surprising sentiment was so dire. Yet the market bounced, as it often does when bearish sentiment is lopsided.

At extremes, sentiment surveys can be an excellent contrarian indicator. Out of curiosity, I did a study analyzing historical S&P 500 performance when sentiment dipped to similar levels as reported in August. Since 2004, it has happened on 15 separate occasions. If you fast forward three months later, the market was at a higher level 80% of the time with an average return of 7.3%. 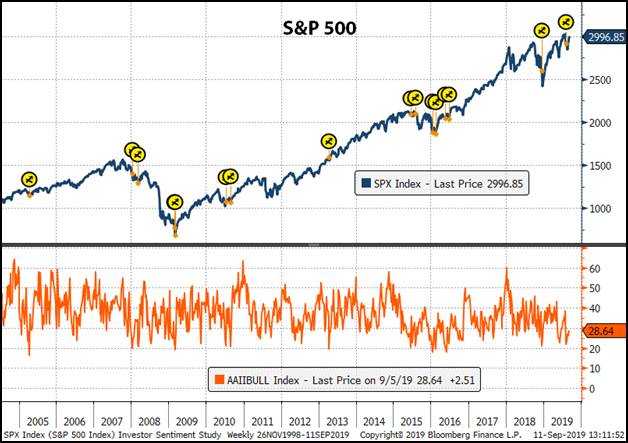 Takeaway: Warren Buffett is right about the whole “Be greedy when others are fearful” thing.

You don’t have to be contrarian to do well as an investor, though. Simply sticking with a sound long-term strategy during rocky times is enough.

Problem is, many folks tend to overcorrect their positioning after they get stung by a volatility surge. Some may even liquidate their entire portfolio. I’ve seen it happen, usually at the wrong times.

Reactionary market timing moves like that are a dangerous proposition for several reasons.

Second, there are taxes and other expenses to consider.

Third, even if you happen to exit at a good spot, almost no one gets back in near a bottom. People like to wait until things “settle down,” which usually means buying back in after prices are higher.

If you want to actively manage your asset allocation, the best way to do it is by making modest tactical adjustments within a predefined strategic risk range.

A Lesson from the Golf Range

“Shank” is a particularly dreaded word among golfers. A shank is where a shot goes directly sideways—often out of bounds.

I’ve been golfing since I was 11 years old. And I’ve never had “the shanks.” Until recently.

The weirdest thing about it is you feel like you’re swinging normally. The ball just doesn’t go where it’s supposed to.

I tried to self-correct the problem by watching YouTube videos and experimenting with swing adjustments. But it only made me more confused and compounded the problem.

Finally, I signed up for a lesson with a pro. He advised me to disregard the YouTube videos and just show him my natural swing. I hit a couple good shots. The third was a shank.

“Why does that happen,” I asked?

“You’re hunching over too much, which breeds inconsistent ball-striking,” he said. “Do everything the same, just stand up straighter and pull your shoulders back.”

I did as he instructed and smashed five perfect shots in a row. Haven’t shanked a ball since.

Turns out, I was overthinking the whole thing, and overcorrecting as a result.

How to Hedge the Risk of Getting Whipsawed by the Market

Getting whipsawed in the market can feel a lot like shanking a ball on a golf course. It’s frustrating, confusing, and bad for your scorecard.

If you want to avoid getting whipsawed by getting too bearish at the wrong time—like many of the folks AAII polled in August—try using a risk range. Similar to the tip I received on the golf range, it’s a way to make modest tactical adjustments.

I think of a risk range as a strategic boundary for market exposure that aligns with your long-term goals. It handcuffs you from tilting too aggressive or defensive at the wrong time. In other words, it safeguards you from yourself.

For example, in my U.S. equity strategy, I target an ex-ante beta of 1.0 when I sense opportunity and want to be aggressive. That means my expected portfolio volatility is equal to the market.

Conversely, when I see a lot of risk and want to be cautious, I move toward the low end of my risk range, which is an ex-ante beta of 0.75 (meaning I’m about 25% less volatile than the market).

A solid financial advisor can help you identify the right risk range for you.

In January, I shared my market outlook with RCM readers. I’ve already achieved my expected return for 2019. And since I perceive the current environment as riskier, I’m tilting closer to the low-end of my risk range.

However, I also still maintain some cyclical exposure because there are upside risks that would be foolish to ignore.

Improving market breadth. A dramatic performance reversal this week favoring small-caps and cyclical stocks has market breadth improving, which is normally a good sign for bulls.

No investor euphoria. Depressed sentiment readings the past few months show the “Wall of Worry” bull markets tend to climb is still standing.

Election Cycle supports the Q4 outlook. During the third year of a President’s first term, stocks have historically finished higher 77% of the time, averaging a 4.2% gain (source: Bloomberg).

Bottom-line: we don’t know what the future holds. So, it makes sense to position for multiple potential outcomes. A risk range can help you do that in a disciplined manner, while staying true to the target you were originally swinging for.