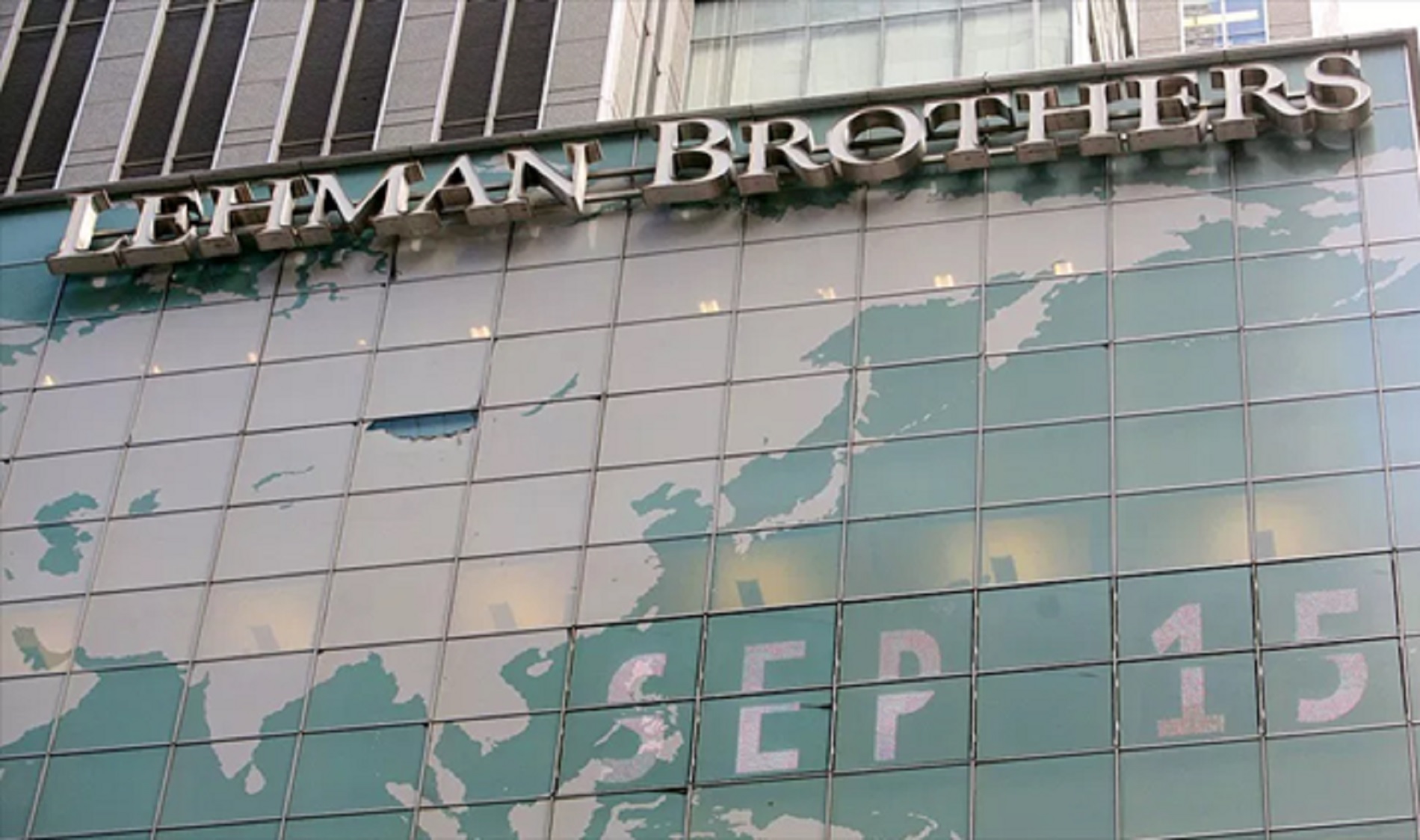 This week marks the 10th anniversary of the largest bankruptcy filing in U.S. history.  On September 15, 2008, Lehman Brothers filed for Chapter 11.

I’ll never forget the morning it happened. I was an analyst in the Bay Area.

Stock futures were down sharply. As folks began trickling into the office, an uneasy feeling hung in the air.

One of the portfolio managers arrived, sat down at his desk, and asked the question he always asked each morning. “What’s the talk on the tape?”

A colleague replied, “Lehman is going under.”

The PM was momentarily startled by the news. He hadn’t heard yet.

But it was true. One of the titans of Wall Street—a preeminent firm which had been around for over 100 years—was suddenly no more.

As a group, we spent the rest of the morning discussing potential knock-on effects. Lehman was a very big domino. When it fell, it was clear other dominos would follow.

That day touched off the apex of the Great Financial Crisis. The Dow finished down over 4% by the close, the largest single-day decline since the days following September 11, 2001. From there, the selling only intensified.

This week, many in the financial press are remembering the financial crisis. I believe it’s a good thing we collectively pause to reflect on those events.

For over a decade now, I’ve kept an investing journal where I chronicle market developments and my take on them, in real-time. I recently reviewed my notes from around the time Lehman failed. Here are four lessons derived from that exercise that make me a better investor today.

Lesson 1:  Markets discount where the economy is going, not where it resides today.

After Lehman failed, credit markets froze, and the economy tumbled.

By the time we made it to the Spring of ‘09, the economic data was downright scary. Here’s a sample of datapoints I recorded at the time:

Interestingly, U.S. stocks bottomed in March 2009. Just as all this terrible data was being released.

Lesson 2:  Someone will always be arguing there is either too much or too little inflation.

Most policymakers were concerned about deflation risk. That was the principal reason for quantitative easing (QE).

Meanwhile, a lot of investors and pundits went on the airwaves to warn that rampant inflation would be an imminent consequence of the controversial policy.

As it turned out, the inflation hawks were wrong. Reason: they exaggerated the Fed’s true power to influence growth and inflation. The Fed does not control the entire monetary transmission mechanism. They control part of the interest rate curve, but do not govern how everyone responds to interest rates.

QE stuffed bank reserves. A lot of those reserves never circulated into the economy, however. It wasn’t just due to tighter lending standards. Consumers and businesses were more reluctant to borrow after the financial crisis. Most people’s perception of debt had fundamentally changed. That resulted in capacity utilization staying low and tepid inflation.

Truth is, there's no perfect inflation level. It’s also a very hard thing to predict, because of the multi-dimensional drivers. So, avoid buying into bombastic inflation predictions.

Lesson 3:  If your goal is to be anticipatory in your investing actions, try to balance out your reading list. It’s important to not become so caught up in the moment that you miss what’s next.

One of the things I record throughout my investing journals are highlights from books I read.  Here are a few titles I was reading after Lehman failed:

All books about financial crashes!

I was reading these back then to better understand and contextualize what was going on at the time. So were many other people. That can be helpful, but there’s a dangerous tendency to overly extrapolate. Looking back, I’m very thankful that whole period didn’t turn me into a perma-bear.

Nowadays, I purposefully try to be more balanced in my reading selections.

For instance, we’re presently in a mature bull market, driven largely by the technology sector. Modern tech behemoths are changing society as we know it and making a lot of money along the way. It’s tempting to focus a lot of attention there, which is fine to an extent.

But maybe it’s a good time to also be reviewing content on the utility of risk management at different cycle stages? Or studying how past tech booms evolved, and ultimately concluded.

Lesson 4:  The catalyst for bear markets sneak up on you.

A lot of people claim to have correctly forecasted the financial crisis. In reality, few did.

If you’re Uncle Joe told you in 2006 he thought there was a housing bubble, good for him. But that’s only part of the story.

Many factors came together to make 2008 possible. Overinflated home prices were one of the pre-conditions, but that wasn’t the tipping point.

The tipping point was a new accounting regulation that was implemented on November 15, 2007. FAS 157, also known as “mark-to-market accounting,” was a ticking time bomb.

A week before FAS 157 went into effect, Stephen Taub wrote for CFO.com, “If you think banks are writing off large amounts of assets now, wait until new accounting rules take effect this month.”

He was right. That rule change, which required financial institutions to update pricing of illiquid securities in a way that resulted in unintended consequences, is what made many of the financial derivatives we heard so much about—i.e. credit default swaps, MBS, etc., so dangerously toxic. And ultimately, some big banks insolvent.

Below is a chart of the S&P 500 Index. The market topped right when FAS 157 went into effect.

On March 16, 2009, the Financial Accounting Standards Board (FASB) proposed more lenient guidelines for valuing assets under FAS 157. That was the same month the market bottomed. 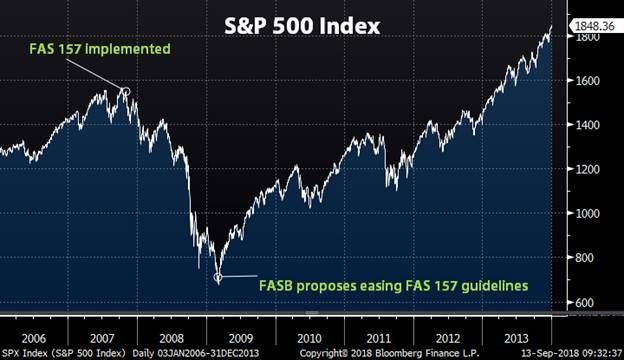 Even to this day, few people know what mark-to-market accounting is. And most don’t fully understand the critical cause and effect dynamics that unleashed the crisis.

Markets discount all widely known information. So, the trigger catalyst that ignites a bear market must be something which: (i) is significant in magnitude, and (ii) stealth in nature—meaning few people see the risk coming ahead of time.

After all—if a risk loudly announces itself, it becomes discounted!

That’s what makes timing bear markets so tough. You must correctly diagnose something big that few people are noticing.

What’s the big risk consensus is blind to today?