If There Is A Tech Bubble, It Inflates During The Golden Hour

If There Is A Tech Bubble, It Inflates During The Golden Hour 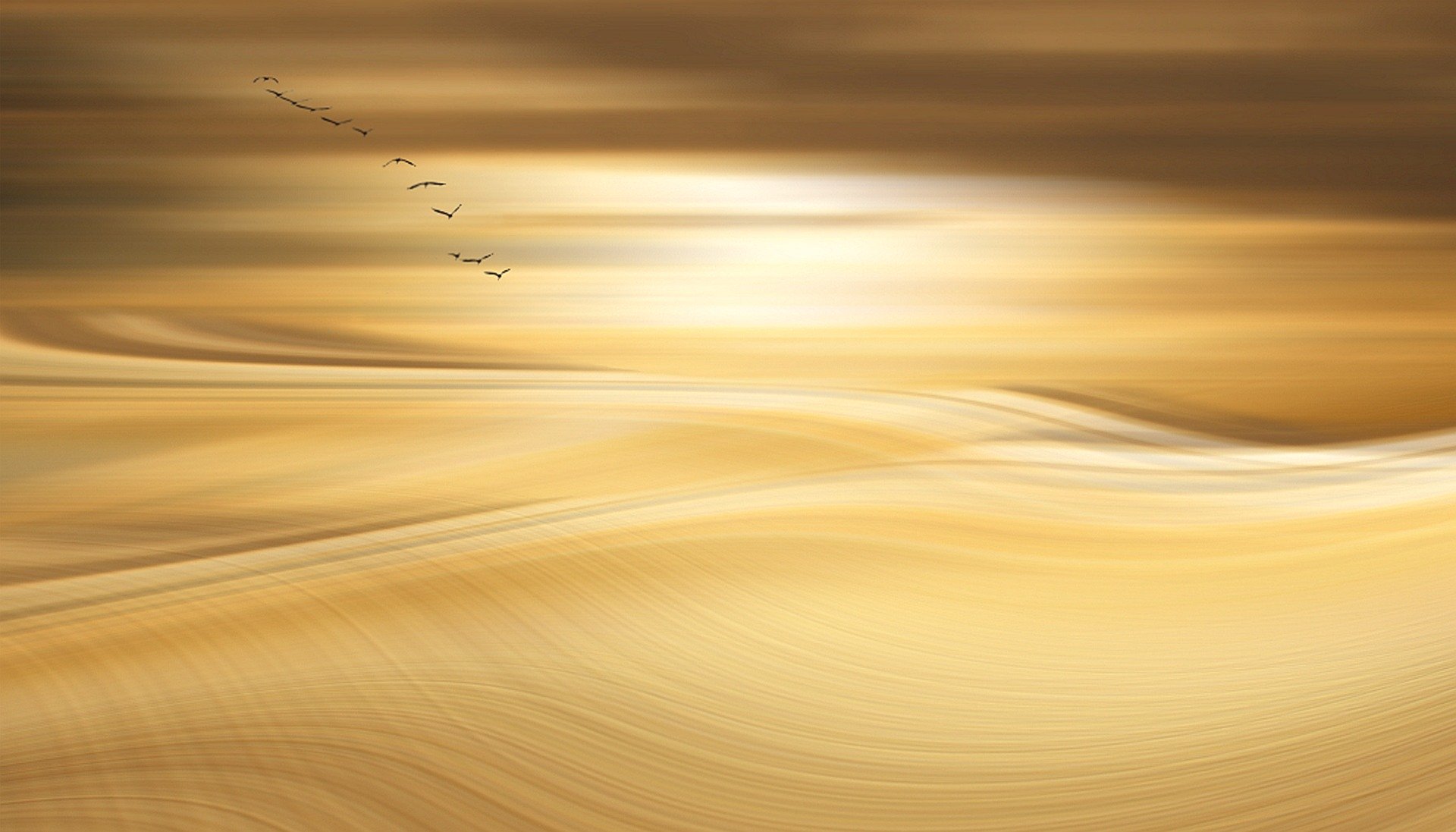 Are we living in Tech Bubble Version 2.0?

At this point, three stocks—Apple, Amazon and Microsoft—comprise about 16% of the S&P 500 and a third of the Nasdaq 100. Their combined value of $5 trillion is bigger than Germany’s entire economy. And the last time the “Big 3” were this expensive relative to free cash flow was during Tech Bubble Version 1.0. 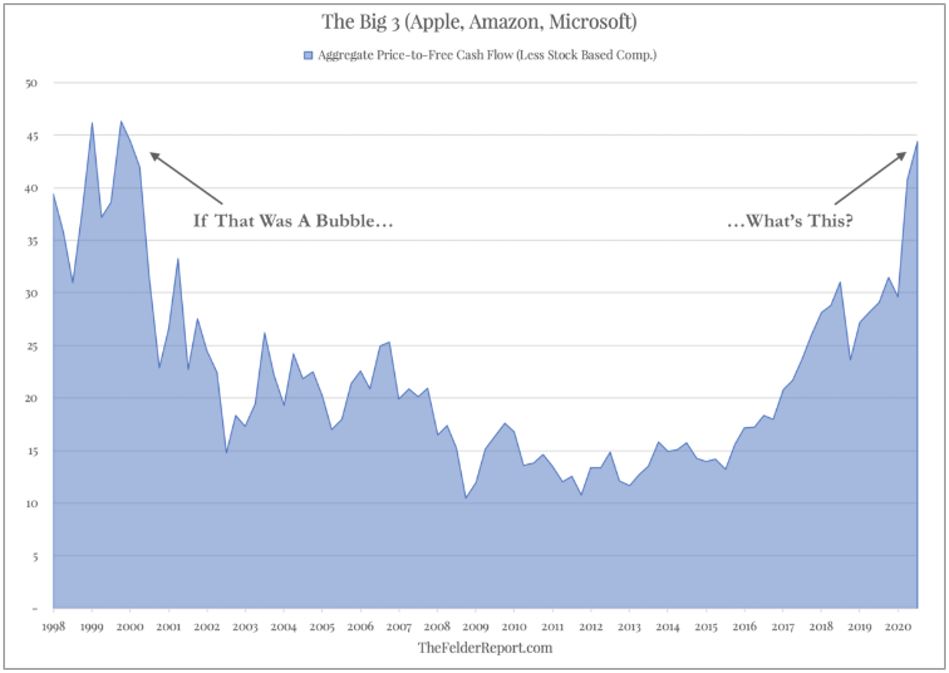 However, what is transpiring may also involve systematic forces beyond the boundaries of any sector. One way to see this is to isolate the time of day when these stocks rake in most of their impressive returns.

I came up with a hypothetical strategy called “Trade the Close.” It’s very simple.

The strategy assumes an investor owns The Big 3, but only during the last half-hour, and first-half hour, of each trading day. Over the last year, here are the returns that strategy would have generated:

The Big 3’s average return trading the close was +68%, nearly ten points higher than a Buy and Hold approach over a full year.

What does this imply about the market structure in 2020?

Why would any stock—let alone the biggest ones—achieve such fantastic returns over a single “Golden Hour,” then average a negative return the other five-and-a-half hours of a trading day?

Fund flows enter the market everyday near the open and close. Financial pundits often encourage investors to avoid trading around these times, due to heightened volatility.

However, according to Bespoke Investment group, the first half hour of the trading day is actually the best time to buy and sell. In 2015, Bespoke shared a study showing that if an investor simply bought the S&P 500 a half-hour before the close and sold the next day at 10 a.m., every day since 1983, they would have nailed the best times. 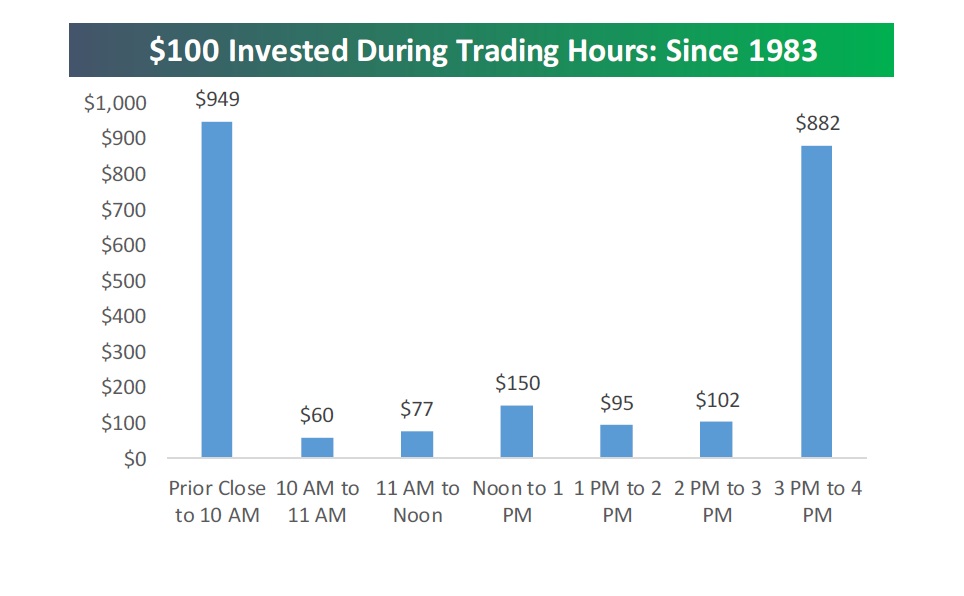 “One potential reason for the strong early performance could be related to mutual fund flows as well as foreign inflows,” said Bespoke’s co-founder, Paul Hickey. “The 1980s and 1990s were where you had strong flows into mutual funds, and when managers got new funds they would just plow them into the market.”

Nowadays, exchange-traded-funds (ETFs) are also active around this time of day. Their influence is growing, too. The total amount invested in global ETFs surpassed $6 trillion at the end of 2019, more than double the amount in hedge funds.

At the factor level, most passive investment vehicles and ETFs are price and momentum driven. So, as more capital flows into such vehicles, investors must weigh how that impacts price discovery and market efficiency.

Today, over 100% of gross flows into the stock market are passive. Therefore, we may already be seeing fund flows systematically inflate Tech Bubble Version 2.0. Maybe other bubbles too, by the time it’s all over.

If you want to see how it happens, just slow down and look. For instance, on many days, Apple’s relative performance resembles a staircase pattern into the market close. What you see below is a microcosm of a multi-year trend. 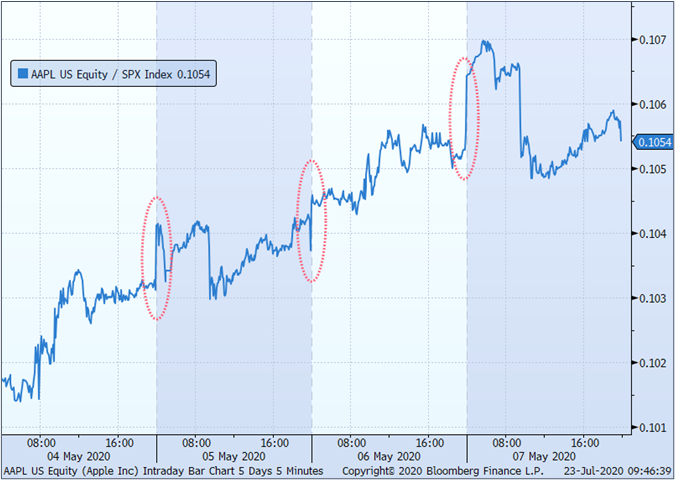 The Golden Hour does not treat all stocks equally.

Backtests reveal that in the last four years, the Big 3 averaged a 41.2% return in the Golden Hour, whereas the average S&P 500 stock saw a 6.5% return. 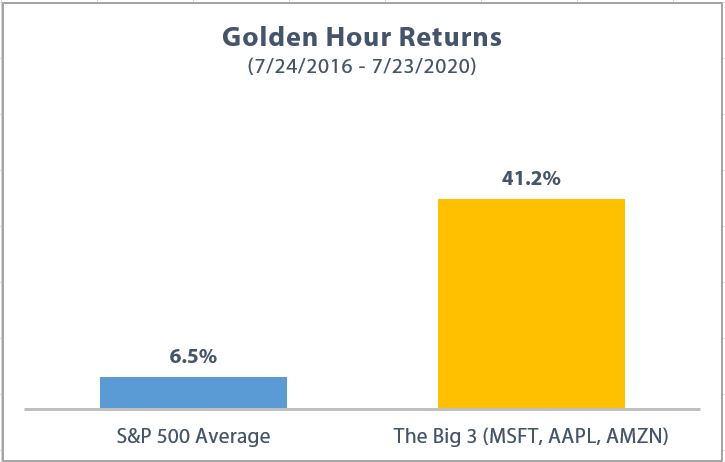 According to Bloomberg Intelligence, around $750 billion flowed out of active equity funds in the last four years, with a lot of that money migrating to passive index funds. 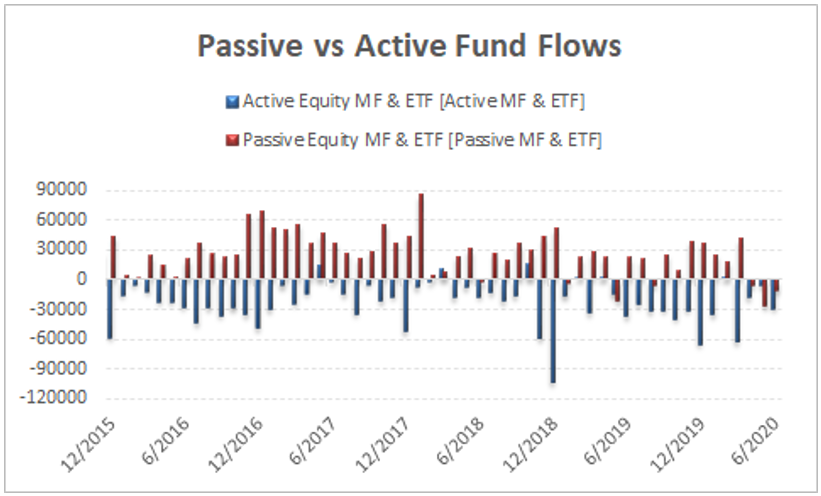 Now, the big question: Is the extra money flowing into passive funds creating a bubble in stocks like Microsoft, Apple and Amazon?

Passive inflows usually enter the market near the open and close. The biggest stocks are clearly seeing big performance bumps during that time. So do many high momentum, high growth stocks.

If these patterns are just circular or white noise, then what’s the explanation?

In March 2016, James Ledbetter wrote the following in a piece for The New Yorker, titled, “Is Passive Investment Actively Hurting the Economy?”

It’s not hard to imagine large-scale passive investments warping the stock market in similar ways. Typically, stocks are indexed by market capitalization—the value of a firm’s share price times the number of shares—from highest to lowest. A market with more passive investors than active ones will continue to push money into the largest firms, whether these companies are actually performing strongly or not.

Timothy O’Neill, the global co-head of Goldman Sachs’ investment-management division, told me that essentially every new indexed dollar goes to the same places as previous dollars did. This “guarantees that the most valuable company stays the most valuable, and gets more valuable and keeps going up. There’s no valuation or other parameters around that decision,” he said. O’Neill fears that the result will be a “bubble machine”—a winner-take-all system that inflates already large companies, blind to whether they’re actually selling more widgets or generating bigger profits. Such effects already exist today, of course, but the market is able to rely on active investors to counteract them. The fewer active investors there are, however, the harder counteraction will be.

Today, nearly 85 cents of every retirement dollar invested goes into a target date fund. Approximately half of all 401Ks hold a target date fund as their sole security. These funds buy more Microsoft the more it goes up, independent of whatever the valuation is.

Meanwhile, the portion of funds managed by analysts who do real fundamental analysis shrinks by the day. Such a dynamic is bound to create more market bubbles in the future.

The Golden Hour returns of The Big 3 may be the canary in the coalmine.