Forget About Dogs Of The Dow In 2019, Upgrade To Dobermans

Forget About Dogs Of The Dow In 2019, Upgrade To Dobermans 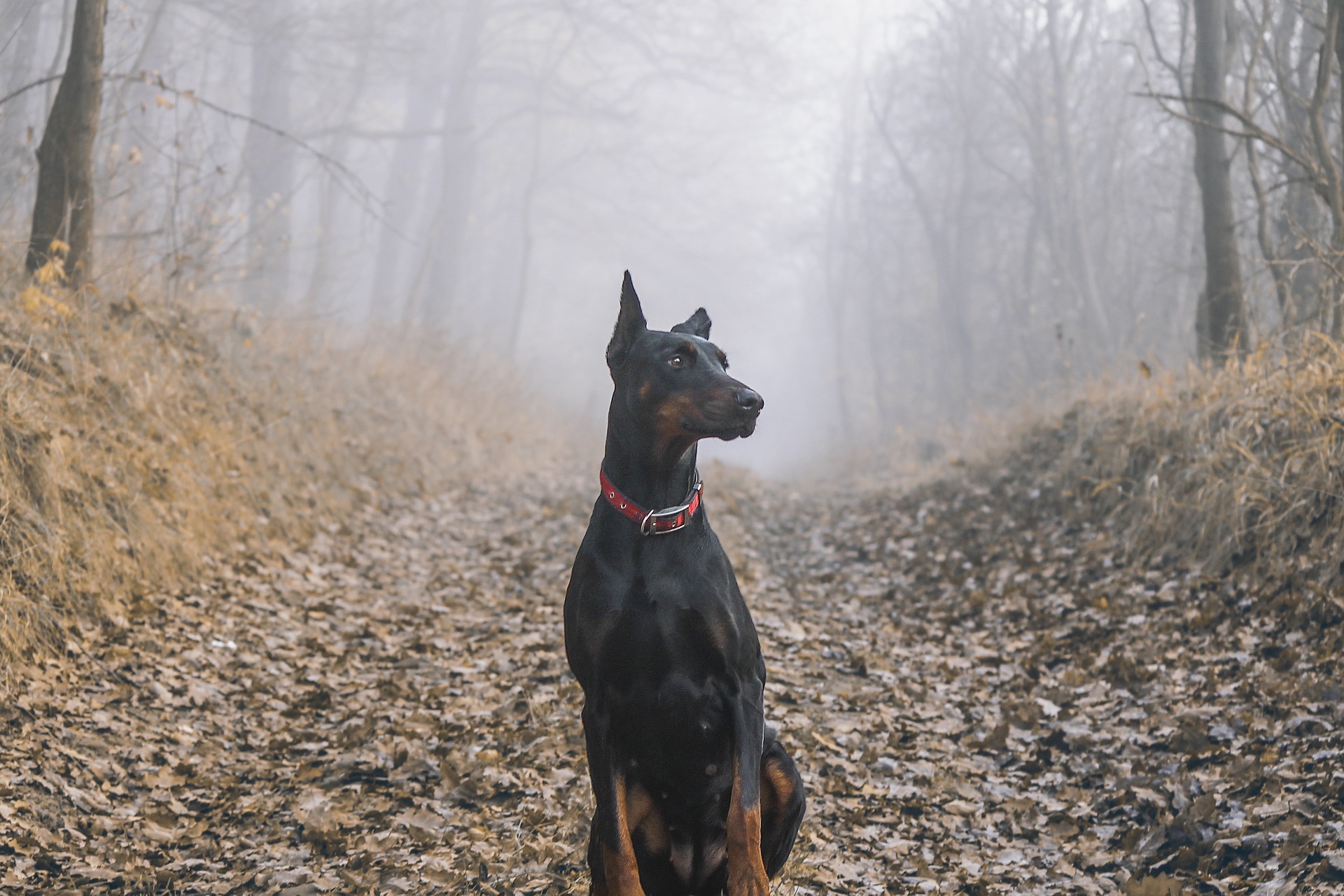 "The Dogs of the Dow" is a popular screening technique many employ at the start of each year. To follow the strategy, investors buy the top ten dividend-yielding stocks in the Dow Jones Industrial Average (DJIA).

It's an okay method to hunt for bargains, but I think there's a better way.

A year ago, I introduced to Forbes readers my Dobermans of the Dow screen. It's simple to employ, and the historical returns far exceed the traditional Dogs of the Dow.

The Dobermans also outpaced the Dogs of the Dow, which were essentially flat in 2018.

Here's an excerpt from my previous article, highlighting how the two strategies differ in their criteria:

The Dogs of the Dow strategy only asks one question: how cheap? And it makes a narrow comparison in delineating that by only considering dividend yields.

The Dobermans of the Dow is a better companion tool for investors, because it’s more dynamic. It starts by sorting Dow constituents by a quality metric (ROE). Then, among those higher quality names, it compares prices in a more universally applicable way (FCF yield).

Both strategies benefited in 2018 by including several of the Dow's top-performers, such as Pfizer and Cisco.

That was enough for the 126-year old company to get bumped from its longstanding spot in the Dow Index. GE was replaced in mid-2018 by Walgreens Boots Alliance. Prior to that, GE was the last remaining original member of the Dow Index from 1896.

GE has faced a litany of problems, including write downs associated with GE Capital, ill-timed investments in the energy sector, and wasteful spending.

As GE's stock price wilted, the dividend yield climbed—exceeding 4% by the end of 2017. That was enough to qualify for the 2018 Dogs of the Dow.

GE did not make the Doberman list, however, because GE's profit woes resulted in a negative return on equity (ROE).

Dividends are important. But they can be deceiving, if viewed myopically.

Firms avoid cutting their dividend as long as possible. But unprofitable firms can only pay dividends for so long. After all, dividends are a residual of profits.

GE's dividend yield lured in many investors, who subsequently lost money in the stock. Like the mirage of an oasis in a desert—it was a false signal. An optical illusion.

This became apparent when management sliced GE's quarterly dividend in half in November 2017, from 24 cents to 12 cents. The dividend was cut again in October 2018, all the way down to 1 cent a share.

Takeaway: if a dividend yield seems too good to be true, it probably is.

To sort this year's Doberman list, I use the following criteria.

Those top 10 are your Dobermans. 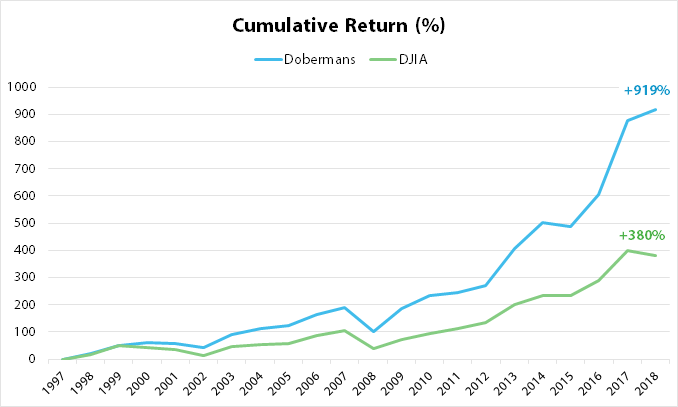 The Dobermans also outperformed the Dogs of the Dow by almost 4% annually, and did so with less volatility (16.3 standard deviation vs. 17.3).

Here are the 2019 Dobermans. One newcomer—perhaps fitting given the earlier discussion surrounding GE—is Walgreens Boots.

Disclosure: I own AAPL, AXP, DIS, IBM, INTC, JPM, PFE, UTX, VZ and WBA in client accounts I professionally manage. This material is not intended to be relied upon as a forecast, research or investment advice, and is not a recommendation. Past performance is not always indicative of future returns.