Canary in The Mall

Canary in The Mall 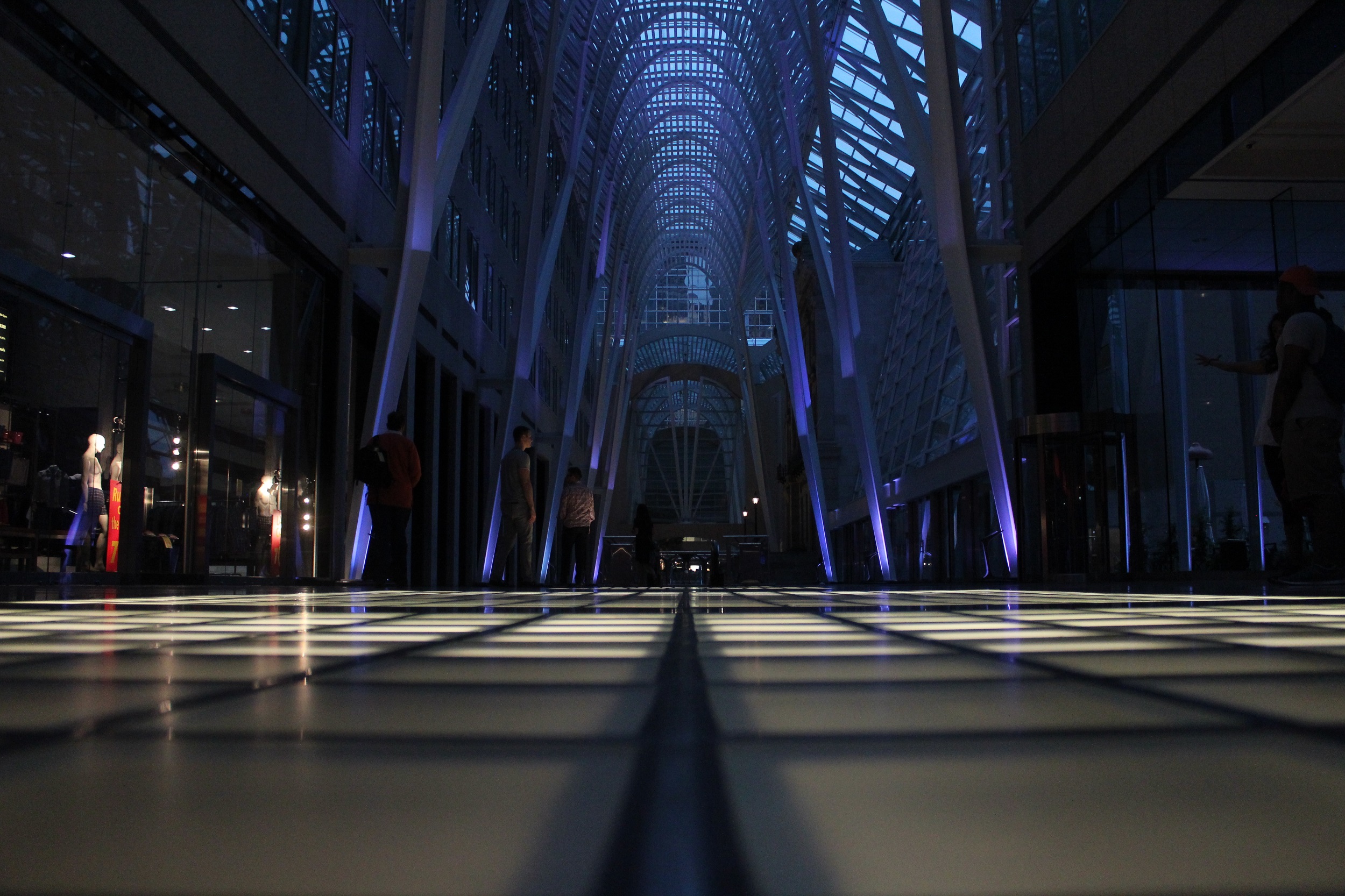 Early in 2017, the number of retail bankruptcies is spiking to record levels. It's a watershed moment. “What is happening right now is an absolute separation between winners and losers,” says consumer products expert, Steven Barr.

While the retailing rich get richer, beleaguered players are dropping like flies. If there were such thing as an ‘Economic Endangered Species List,’ many iconic retailers, struggling to stay afloat, would be on it.

Among those recently filing for bankruptcy are: RadioShack, Sports Authority, and the women’s apparel chain BCBG.

The main issue is that fewer people are physically shopping. In the week ending March 18, North American retail traffic fell 12.6%, consistent with the pattern most of the year. 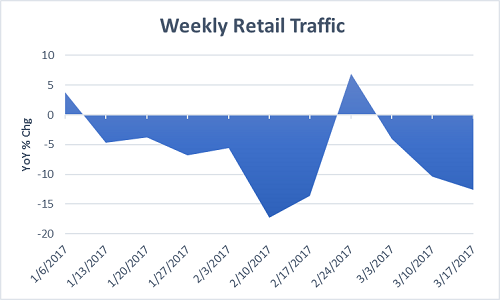 Online shopping is responsible for less than 10% of overall U.S. retail sales, but the percentage is steadily rising. If retail emulates the path of the travel industry, expect digital sales to climb to 45% of the total. 15 years ago, the travel space looked more like retail does today. Then digital options like Priceline, Expedia and TripAdvisor emerged, offering superior price transparency and comparability. Conventional travel agents were largely replaced. 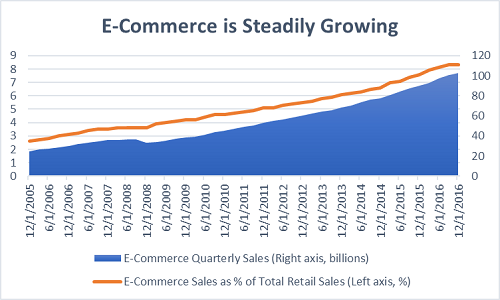 Since 2008, hardline retailers have invested more than $34 billion in tech and infrastructure to support digital commerce, logistics and ship-to/ship-from store capabilities. It’s necessary to stay competitive. Technology disruptions will only accelerate in the next five years, as artificial intelligence and virtual reality become integrated with mainstream shopping.

Some firms are successfully evolving to ‘omnichannel distribution,’ which balances instore and online channels. Like Wal-Mart, for instance. Instead of paying heftier dividends or buying back more stock in recent years, the retail giant has been investing in its long-term future. Last year it acquired shopping website Jet.com, making Wal-Mart the second-largest online retailer by traffic after Amazon.

However, elevated capital expenditure facing retailers is pressuring return on invested capital and free cash flow. Broadly, sales and margins have declined since the post-recession bounce. Retailers who are behind in the shift to digital now face a huge challenge to catch up. As their market values have fallen, many have been acquired by private equity firms, or merged with other retailers. A lot of those acquisitions were funded by debt.

Per a recent report by Moody’s, the number of retailers with high credit risk or near default (Ca rating) has tripled over the last six years. Moody’s Vice President Charlie O’Shea said, “Today, 13.5 percent of our portfolio is comprised of distressed names—the largest showing since the Great Recession.”

Retailers listed in the report include Sears, Nine West, Claire’s Stores, and Payless—which just this week announced an intention to file Chapter 11.

We are accustomed to seeing retailers go belly up when economic conditions are poor. Right now, U.S. GDP growth is positive, and accelerating. We are not in a recession. Yet there is serious carnage in the retail space. The magnitude of bankruptcies reported this quarter eclipses even the Great Recession. 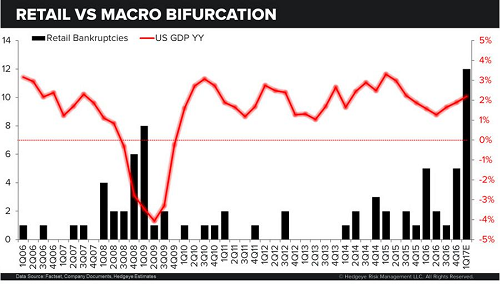 All these dying stores mean another thing: dying shopping malls. Shopping malls are going dark across the United States.

Filmmaker Dan Bell has been documenting the trend. His ‘Dead Mall Series’ on YouTube boasts 231,000 subscribers. In the films, he strolls abandoned malls, mixing commentary with eclectic music.

My guess is the films strike a chord, because they illustrate how times they are a changin’.  Society is changing. Investors should take notice.

A “canary in a coal mine” is an advanced warning of impending danger. The metaphor originates from when miners used to carry caged canaries while at work; if there was any methane or carbon monoxide in the mine, the canary would die before the levels of the gas reached levels hazardous to humans.

Every investment cycle has its own “canary in the coal mine,” or early warning indicator of an ensuing bear market. Ten years ago, it was turbulence in the real estate and finance sectors. The cycle before that, it was a disruption in the technology sector. Dislocations start small, and eventually spread.

I am watching two spots very carefully: the fracking basins (energy sector) and the malls of America (retail sector). Both are likely candidates to be this cycle’s ‘canaries.’ If I had to pick one, I’d say retail is more consequential in its potential ripple effects.

Credit is the primary engine of economic and investment cycles. Recently, incomes have been on an upswing, and debt service ratios are manageable. That probably changes if interest rates keep levitating, and retail layoffs accelerate.

The proverbial canary is still breathing, but looking woozy.

The strategies discussed are strictly for illustrative and educational purposes and are not a recommendation, offer or solicitation to buy or sell any securities or to adopt any investment strategy. There is no guarantee that any strategies discussed will be effective.