Apart from the two blockbuster IPOs we cover below, it was a fairly quiet week on Wall Street. The S&P 500 edged down about 1% while bonds saw modest gains.

Amid constant pandemic and election coverage, Brexit has become a forgotten story – but it may be the biggest one to watch in the coming weeks. British Prime Minister Boris Johnson indicated this week that there is a strong possibility of “no-deal” with the EU, which will no doubt result in massive border disruptions and severed security ties. The entire trade ($900 billion a year) and security apparatus falls away on January 1, unless the two sides reach agreement. Clock is ticking.

Meanwhile, the European Central Bank announced it will scale-up its emergency bond buying program, pushing the bank’s total monetary stimulus above $3.6 trillion for the year. The U.S. is also nearing a deal for another $1 trillion of fiscal stimulus. A prevalent equity investment theme in 2019 and 2020 also applies to 2021: Don’t fight liquidity.

Zuckerberg Is Heading Back To Court 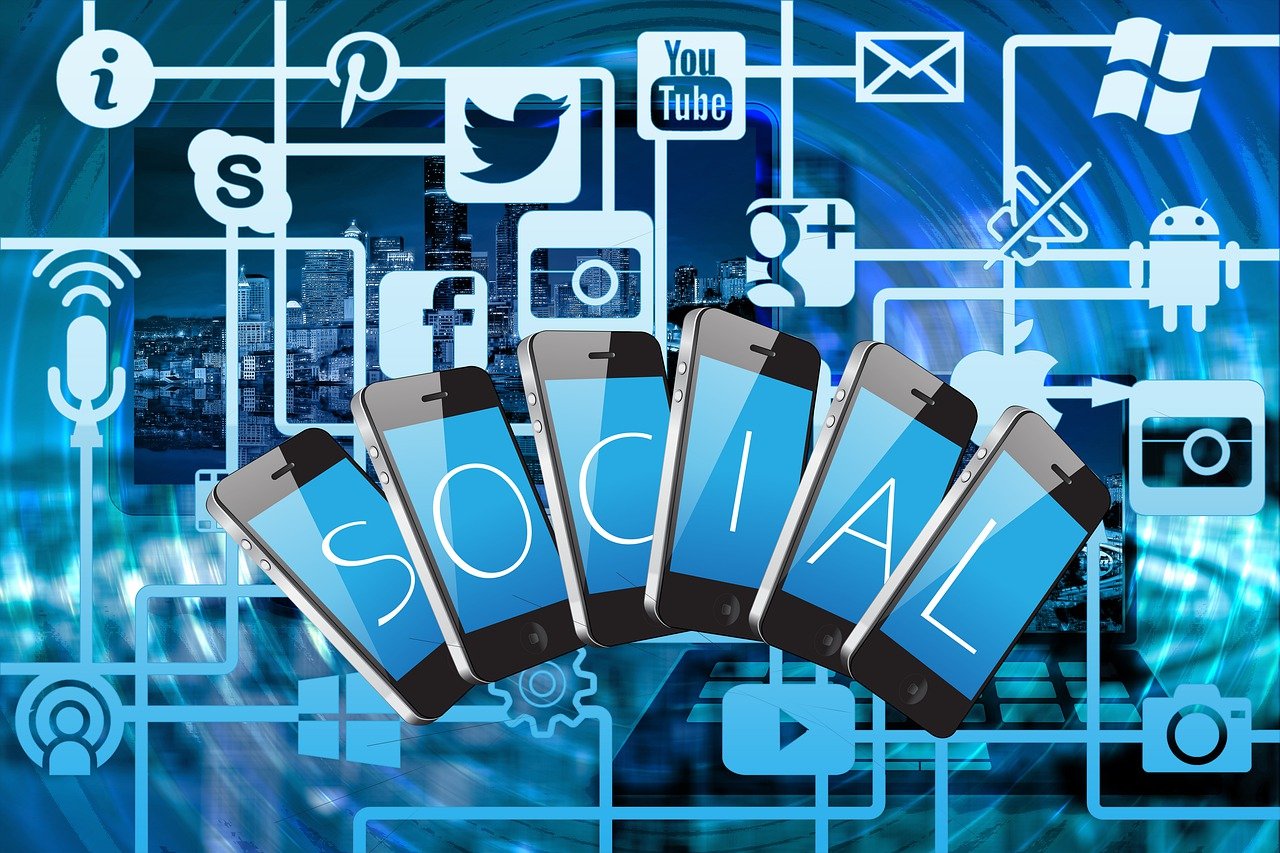 In October, the U.S. Justice Department filed an antitrust lawsuit against Google – the biggest lawsuit of its kind since the Microsoft case in 1998.

This week, it was Facebook that landed in the regulatory crosshairs. The Federal Trade Commission (FTC) and 46 states sued the social media giant, accusing the company of thwarting competition through acquisitions. Specifically, the FTC is seeking to unwind Facebook’s acquisitions of Instagram and WhatsApp, the former of which generates nearly a third of Facebook’s annual revenues.

Whether or not the government proves its case, we think four takeaways are clear:

The ongoing technology revolution is reshaping antitrust views. In determining unfair business practices and/or monopolistic behavior, the government no longer relies on a pure consumer welfare test. After all, most Facebook and Google services are “free” (see this week’s Life Hack for more clarity on what “free” actually means).

The headwinds are only likely to grow. Big Tech companies are positioning for more legal expenses, lots of regulatory noise and bad press, and ever-growing scrutiny of the role technology plays in shaping consumer and societal behaviors.

Less M&A opportunity. Even if the FTC fails to win the case and breakup Facebook – which seems possible, given the FTC approved the acquisitions it is now challenging – the regulatory environment is poised to shift decisively. Big Tech companies often rely heavily on acquisitions to drive product development and growth. Future acquisitions are likely to meet much greater resistance.

Market concentration is real. Big Tech's growing market dominance (chart below) is a rare issue that both political parties agree is a problem. 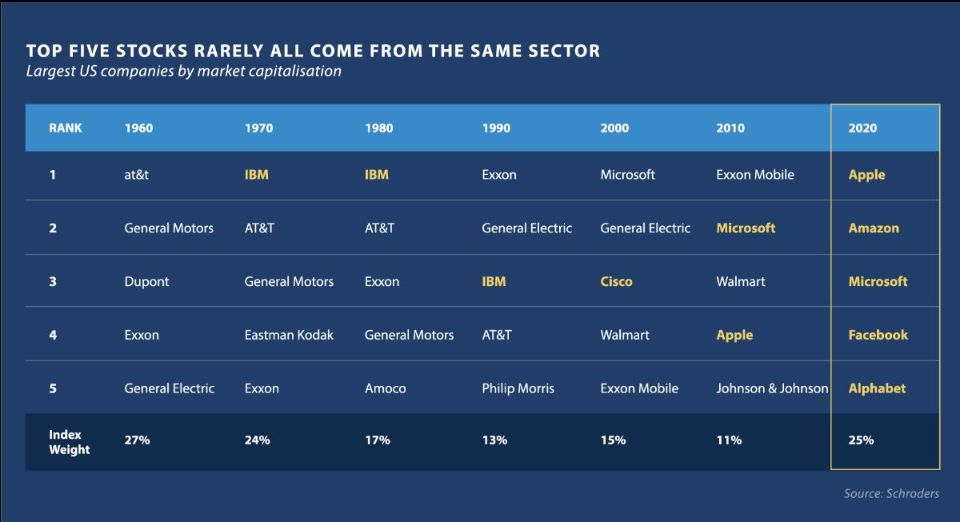 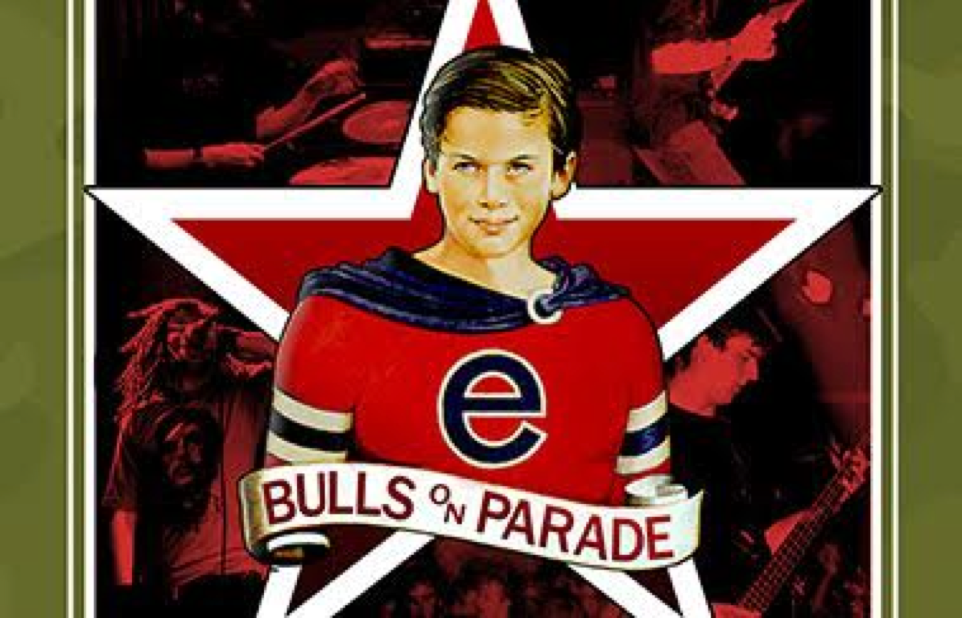 This week featured two blockbuster IPOs with the listings of Airbnb and DoorDash. Like many recent IPOs, DoorDash and Airbnb were both hugely oversubscribed, with what appeared to be massive buy-in from the retail trading community. Less than 24 hours after beginning to trade on public exchanges, Airbnb cracked the 100 most popular stocks on the Robinhood app.

Airbnb opened on Thursday at $146/share, more than double its $68 IPO price and marking one of the biggest opening day rallies ever. This gave the home-rental company a valuation over $100 billion, underscoring investor willingness to assign massive value to the prospect of growth far in the future. For the first nine months of 2020, Airbnb posted a net loss of $697 million on $2.5 billion in revenues, compared with a net loss of $323 million on revenue of $3.7 billion over the same period in 2019.

Like Airbnb, most IPOs this year are unprofitable from an earnings perspective. Yet, the average first day return for these IPOs coming to market is +40%. An index of IPO stocks is +111% YTD. 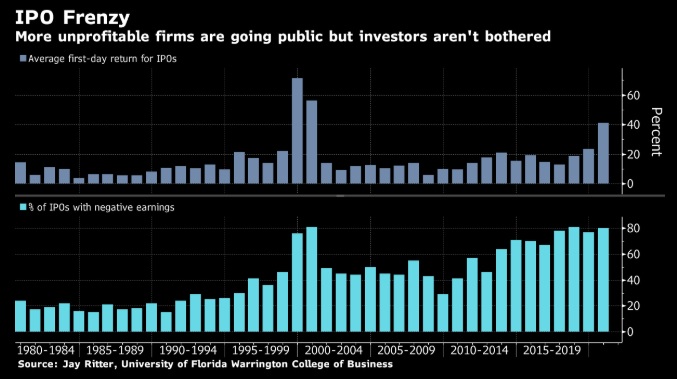 The success of these IPOs likely means many more will follow. The trading platform Robinhood has reportedly hired Goldman Sachs to lead their IPO, and three noteworthy companies will list before the end of the year: videogame company Roblox Corp., installment loans provider Affirm Holdings Inc. and ContextLogic Inc., the parent of online discount retailer Wish Inc.

Pedal to the Metal 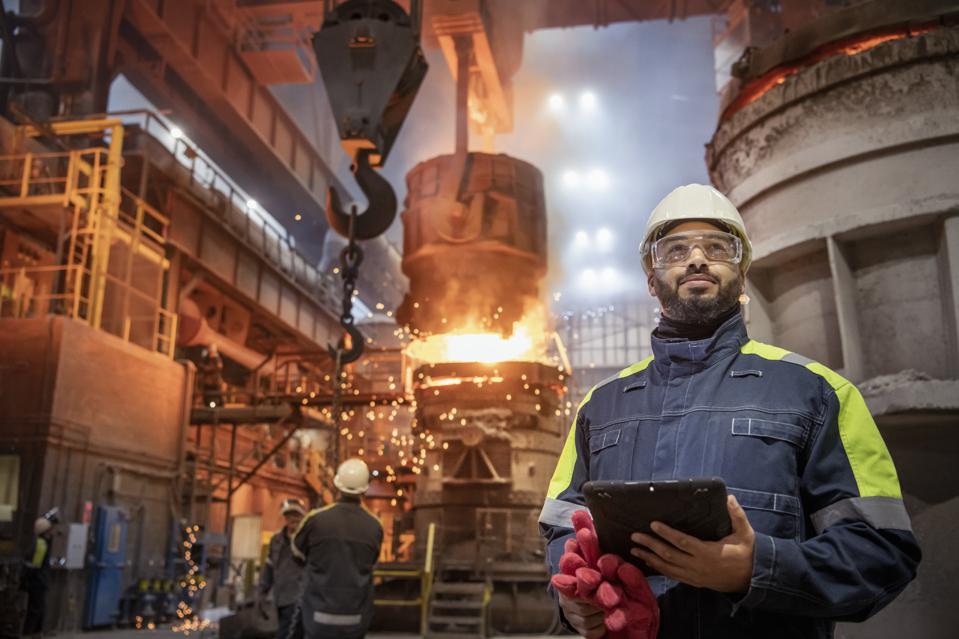 Rising Covid-19 hospitalizations and deaths may knock down growth for the balance of the year and in Q1. But leading indicators still point to hopeful outcomes later in 2021.

One such leading indicator is commodity prices, particularly industrial metals. Industrial metals have a wide variety of uses, from building houses to expanding plants to manufacturing cars. Anytime we see a uniform rise in commodity prices – coupled with stable improvements in economic growth fundamentals – it often serves as confirmation that investors and producers are betting the recovery will continue.

In the past several weeks, we’ve seen signs of strength across the metals markets – copper has risen to its highest level in eight years, iron ore is one of the best performing assets in 2020, and aluminum and zinc are up at least 40% since early summer. China’s swift recovery has ushered in much of this support for metals, but the expectation for a broader global economic recovery may be pushing prices even higher.

Singapore Plans To Have Flying Taxis By 2023 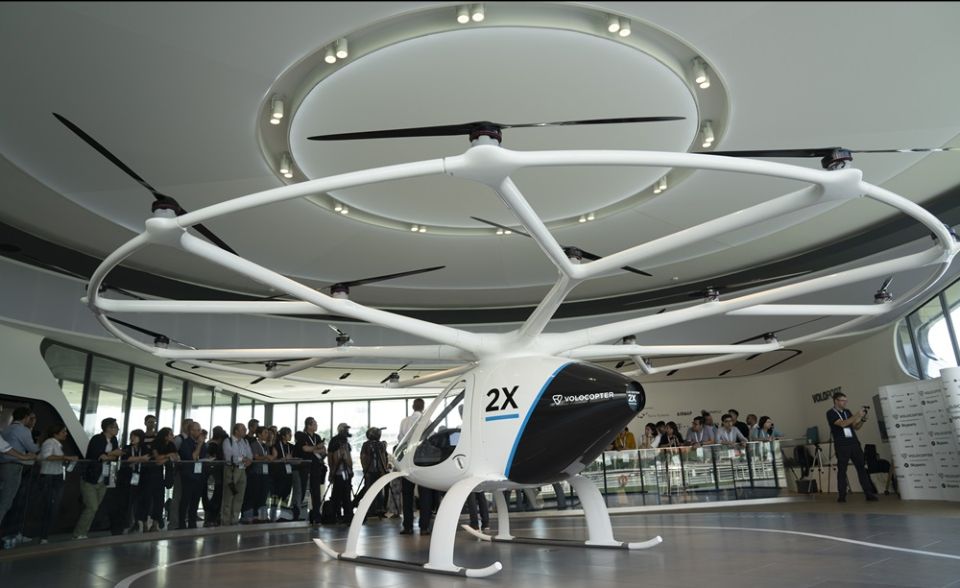 A "Jetsons Moment" is coming, if you’re willing to shell-out $364 for a 15-minute air taxi trip in Singapore.

The essence of this story may be captured entirely by the headline alone – flying taxis! But it’s also just a testament to how quickly the world is changing, and how thirsty for innovation each new generation is. The race to develop air taxis already involves major players like Boeing, Toyota, Hyundai, and Airbus.

This isn’t just a story for Singapore, though. The Air Force has issued a first-of-its-kind safety endorsement for a U.S. air taxi, being developed by a Northern California startup called Joby Aviation. This endorsement is meant to lay the groundwork for autonomous flights in U.S. cities. Buckle up. 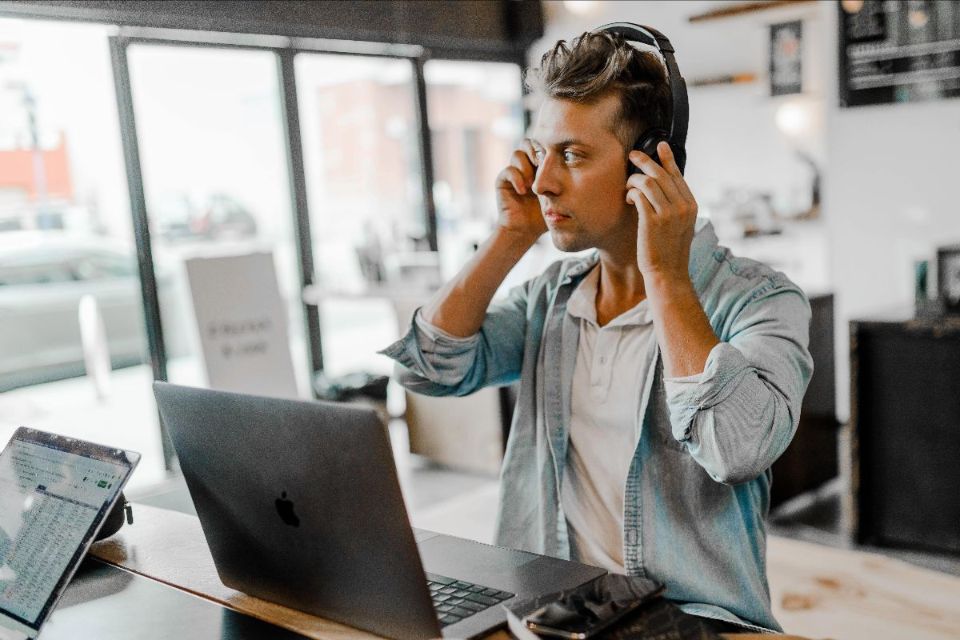 Data suggests these experiences are shaping how Millennials view money.

According to a Bank of America study, three-quarters (73%) of 24- to 41-year-olds are saving, up from 63% two years ago. The study also found that on average, Millennials began saving for retirement at age 24, while Gen X’ers started at 30 and Boomers started at 33. In addition, 58% of millennials said that finances were an “important consideration” when they started a family, compared to 49% of Xers and 46% of Boomers.

For corporations targeting Millennials as the next big spending group, it is important to understand how this apparent frugality translates into spending decisions. Many millennials place high importance on where and by whom products are made, how materials are sourced, and whether sustainable practices are involved.

For example, when asked to choose between two options, 82% of Millennials said they’d rather buy a smaller, more affordable home than a larger home at the top of their budget. 73% would rather live a minimalist, frugal lifestyle than a maximalist one.

Remember, Nothing Is Free

Big Tech companies have largely dodged antitrust/monopoly lawsuits because they provide free services. How can consumers be worse off, they argue, if they pay nothing to use our services?

Therein lies the catch: Google, Facebook, TikTok, SnapChat and myriad technology services appear free because you are not their customer – you are their product. These companies collect reams of user data and use algorithms to better understand, and eventually predict, our behavior. Today, data is king.

Big Tech companies don’t just try to optimize their products to improve the quality of our lives. Their real customers are companies that pay them for advertising. Technology companies today have an unparalleled ability to target us with ads, which may be redefining what a monopoly actually looks like. A service may look and feel free, but it’s your data that’s worth billions.

One of the best scenes in the show Mad Men’s history (video below) illustrates this concept perfectly. It’s not to say you should stop using these services altogether. But it’s good to know how the machine works. And how the people behind the machine are always looking for new ways to reinvent the wheel, tap into our soul and psyche, and influence us on behalf of their real customers.