The S&P 500 declined 0.6% this week, with eight out of eleven sectors retreating. Computer and software stocks were a bright spot, rallying 2.2%, as money flowed back into equities considered ‘stay-at-home’ trades. Meanwhile, a Bloomberg basket of stocks geared to economic re-openings fell 5.3% in the week.

The housing market continues to exhibit positive momentum. On Thursday, we learned that sales of new homes in the U.S. unexpectedly rose for a fourth month in August, reaching the highest level in over a decade. Record-low mortgage rates continue to entice buyers in markets with scarce supply. Purchases of new single-family houses increased 4.8% to a 1 million annualized pace, led by a flurry of demand in the South. 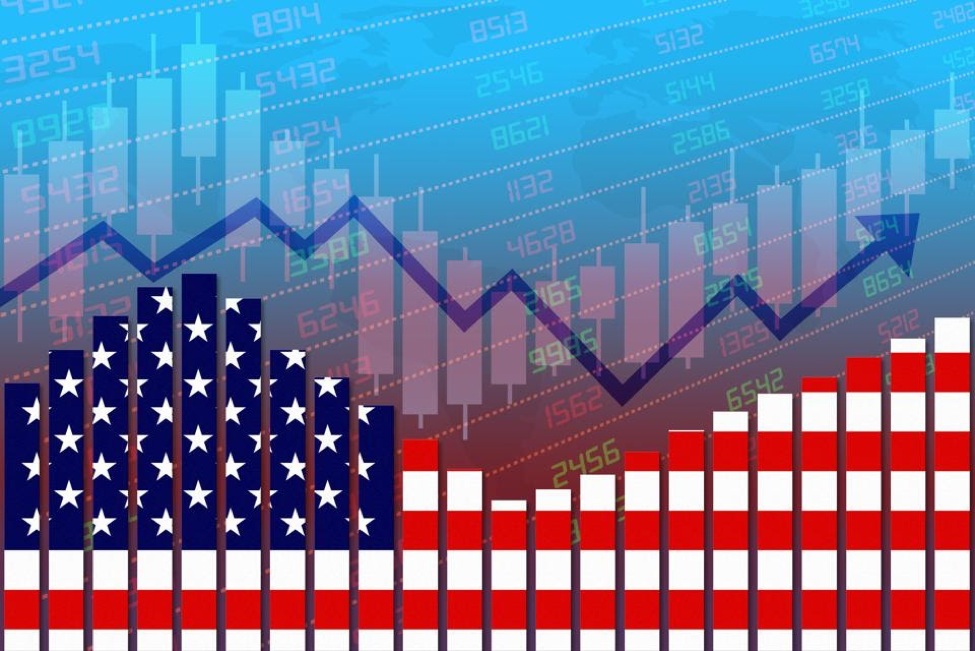 The biggest story of the week started last week, with the passing of Justice Ginsburg late-Friday. Uncertainty continued apace this week, when Treasury Secretary Steven Mnuchin and House Speaker Nancy Pelosi announced a short-term spending deal to fund the government through December 11. The news may have moved equity markets to discount a lower likelihood of a major stimulus agreement near-term, even though there is broad agreement that more fiscal support is needed. Bloomberg estimates lack of additional stimulus could shave 5% off growth. 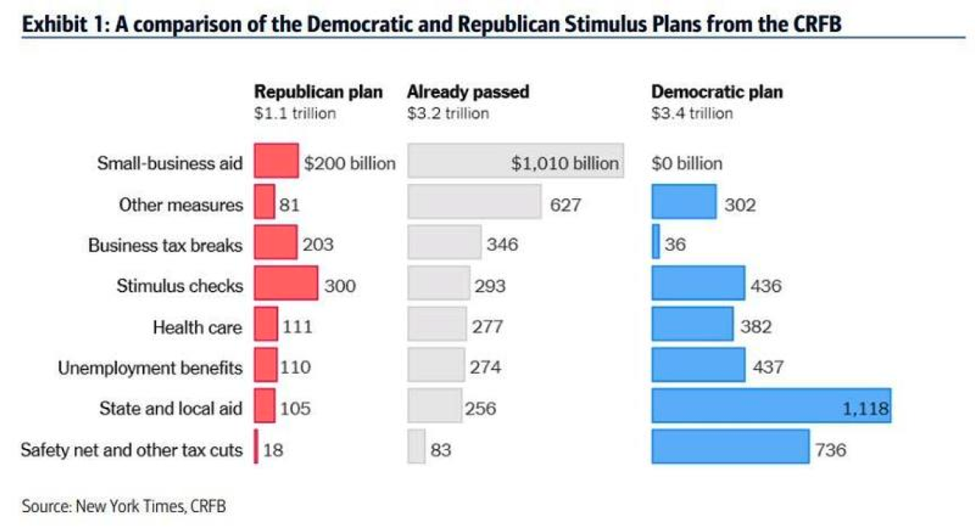 While we have no view on precise timing of additional stimulus, markets can look out past the election and see the writing on the wall. It reads: there is more fiscal spending coming globally than we’ve seen in many years. One case-in-point is China, which has amassed trillions of yuan in unspent money, “giving it fiscal firepower to stimulate an economic recovery” (Bloomberg). 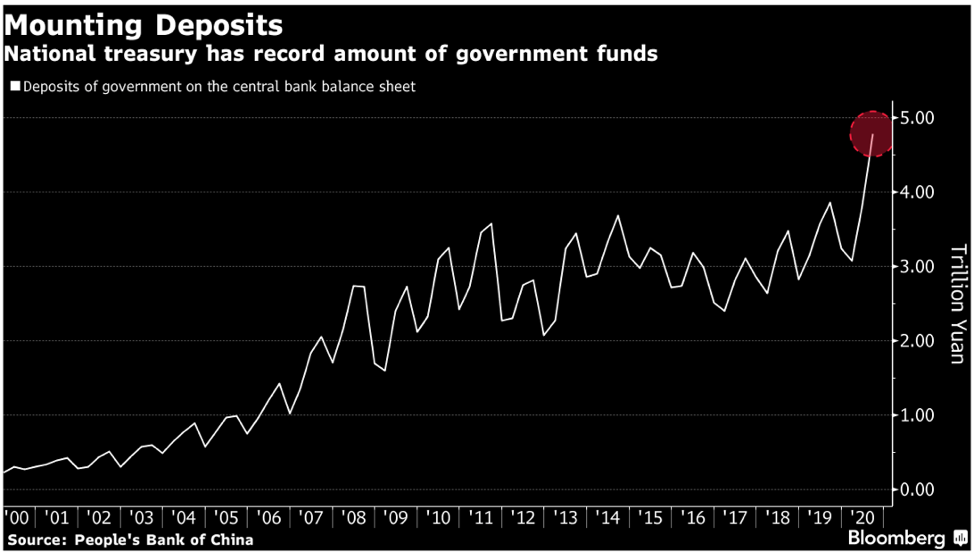 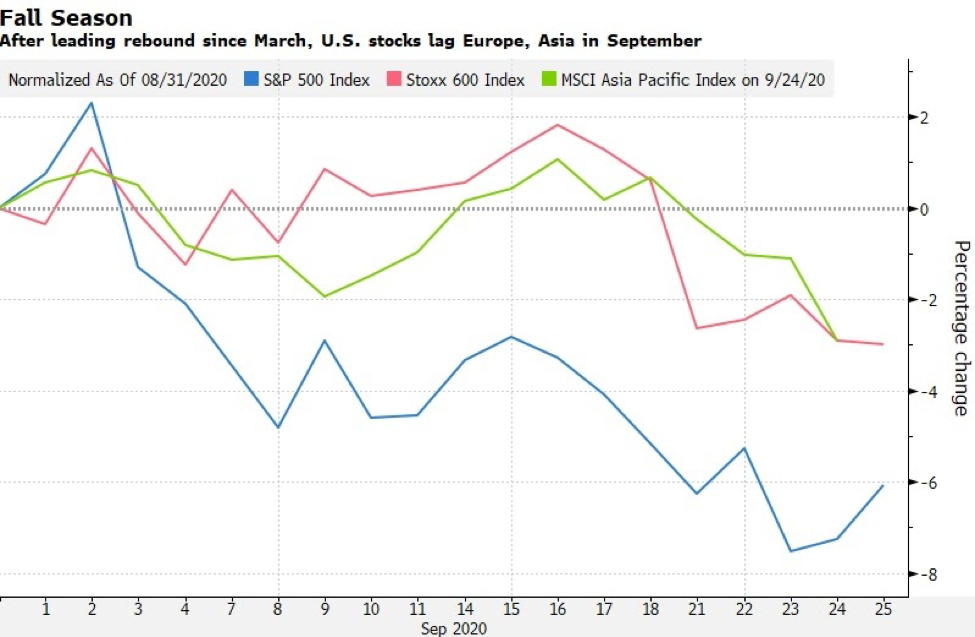 Vincent Deluard is a very bright investment strategist who opened a recent report on European equities as follows:

In 1912, Austrian tailor Franz Reichelt climbed on the first floor of the Eiffel tower to demonstrate his newly-invented wearable parachute. He smiled, waved to the crowd, and jumped. His death was captured in what would become the first snuff film in history.

European value stocks have been the financial equivalent of Reichelt’s parachute: the MSCI Europe value index lost an astounding 23% since its inception in January 1999. Any strategist who has recommended the sector in the past ten years is likely out of a job today.

It's a contrarian call that has started paying dividends this month. While it remains to be seen if this will prove a lasting leadership shift, Silverlight sees international investment opportunities as the ripest intermediate-term opportunity set in equity markets.

Leadership among asset classes, sectors, regions, and styles changes hands often. No single area of the market permanently underperforms or outperforms, and active managers are always looking for these pivots in leadership. The U.K., and to a lesser degree Europe, may offer one such opportunity.

U.K. equities have declined over -20% this year, widely underperforming U.S. and European bourses as the market discounts the messy possibility of a 'no-deal' Brexit. After four years of uncertainty, the Brexit issue will come full circle in a month’s time. At this point, given where sentiment is, even a marginally better-than-expected-outcome could ignite a rally. The U.K.’s recent trade deal with Japan may be an early sign of things to come.

Shaping The Direction Of The Recovery 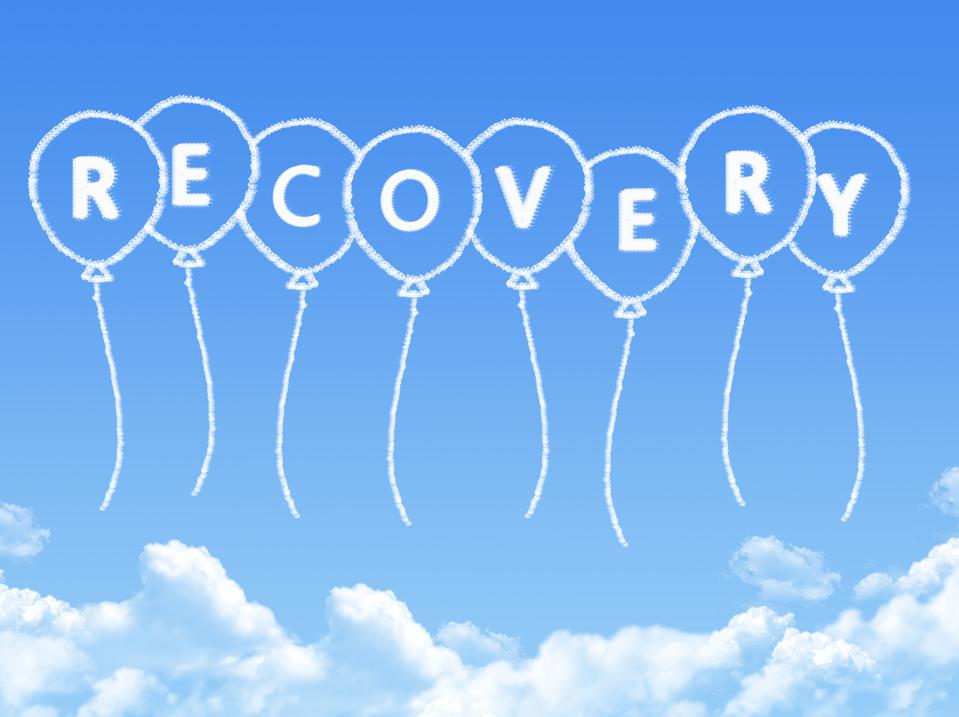 The net worth of U.S. households rose to its highest level ever in the second quarter, climbing 6.8% to $118.96 trillion. On paper, American households are better off than they’ve ever been. But the situation on the ground paints a different picture.

This dichotomy is what many economists are referring to as a “K-Shaped” economic recovery. As some U.S. households continue working and making big purchases (as evidenced in the housing boom), the number of Americans collecting unemployment is simultaneously tracking higher. It’s a tale of two economies: one that relies heavily on technology, digital software and services, logistics, manufacturing, and construction, and another that relies on person-to-person contact, travel, retail, and hospitality. We’re learning that it’s possible to have one without the other.

Gold Miners Show Why Investors Should Not Fight The Last War 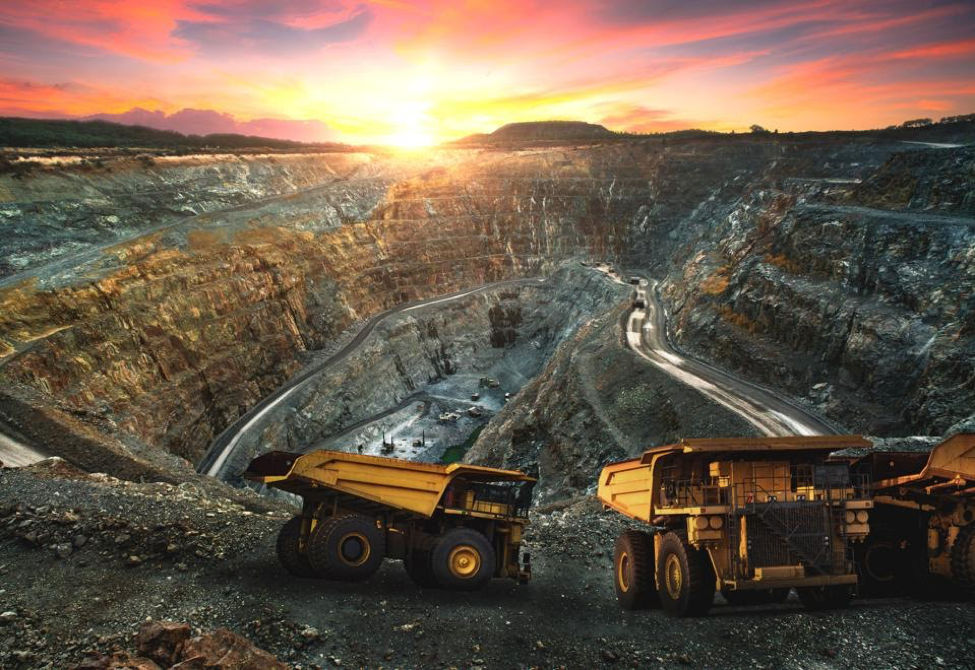 Two decades ago, the gold industry was shining bright, delivering banner returns and rewarding investors in the precious metal. In the decade that followed, however, gold mining firms entered a dark phase characterized by disastrous acquisitions, over-extended balance sheets, and risky ventures. It was a cautionary tale of ‘riding a high’ too far and clouding sound decision-making in the process. It happens in just about every business cycle.

Gold mining firms have learned their lesson. In the Denver Gold Group’s annual Americas conference this week, gold executives struck a cautionary tone even as the price of gold bullion hovers around record highs and as gold mining firms’ share prices soar. The tone of the conference could be summed up by Agnico Eagle Mines Ltd. CEO, Sean Boyd, who said, “Our view is to keep the risks low, keep the share count down, and focus on taking advantage of the current gold price in generating that free cash flow and returning it to shareholders.”

Mobility Is The Ultimate Tax Repellent 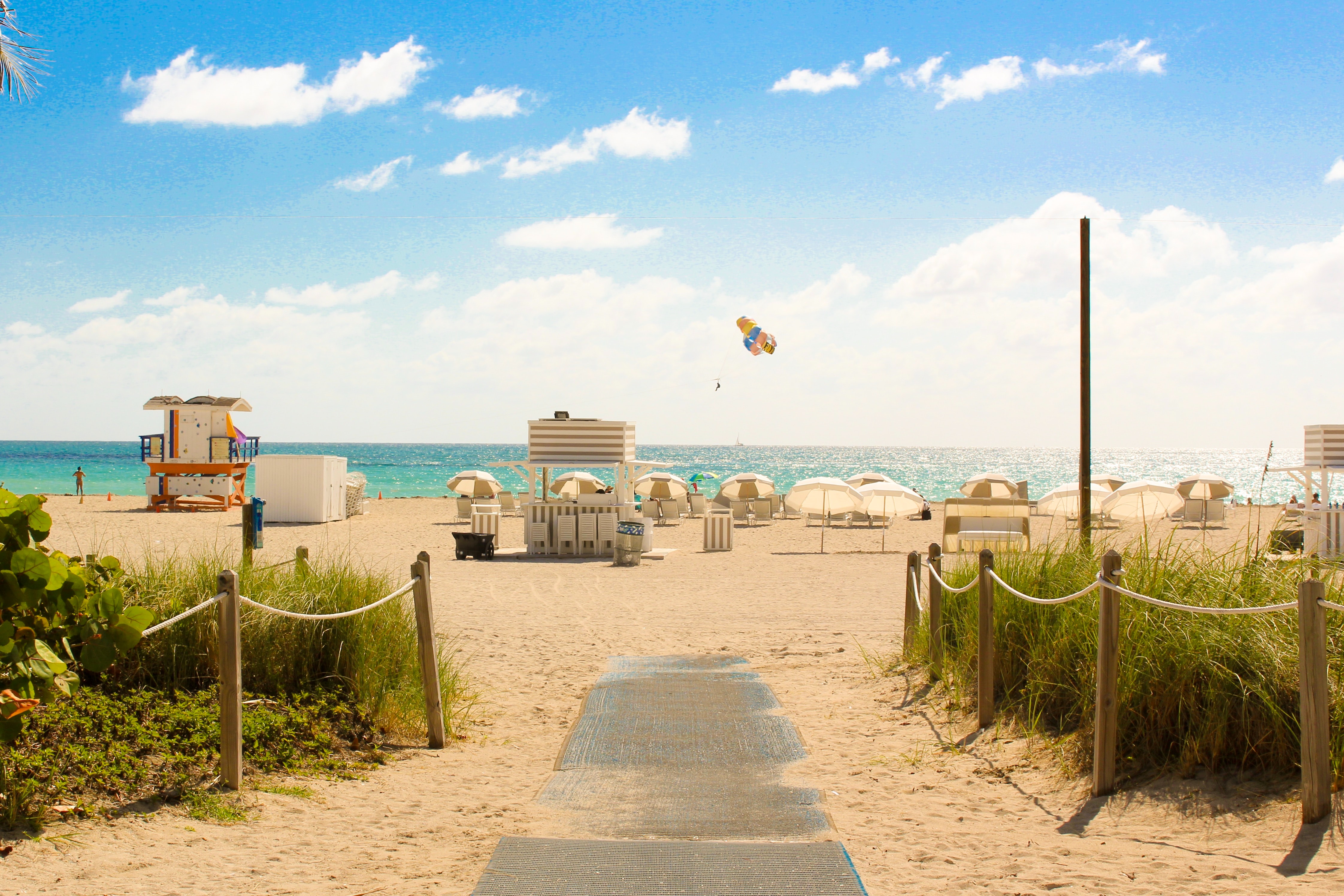 After British tax rates exceeded 80% for the highest bracket in the 1970s, Rolling Stones guitarist Keith Richards described it in his autobiography as “being told to leave the country.” Similarly, when the Tax Cuts and Jobs Act of 2017 capped state and local tax deductions, it became even more expensive to live in high-tax states like New York, New Jersey, Connecticut and California. A recent story in Bloomberg described hedge funds and millionaires migrating to Florida in droves. In the ‘70s, the Rolling Stones moved to France. Mobility is leverage.

There is an ongoing battle in Illinois to eliminate the flat state income tax and instead make it progressive (raising taxes on the wealthy). New Jersey just implemented a millionaires tax and New York has hinted at something similar, if it does not receive more aid from the federal government. Connecticut is considering similar measures. We anticipate more stories about people moving.

Since the 1980’s, both labor and capital have become increasingly mobile. In the corporate sphere, firms are attracted to areas with skilled labor pools and low taxes. In the high net worth sphere, people want low or no state income tax. As the economy evolves post-pandemic, it will be interesting to observe how corporate headquarters, labor pools, and wealthy individuals relocate. Mobility is a form of financial alchemy, and at a fundamental level, most people want to be free to pursue prosperity.

For more on this topic, you can read my related July 2018 Forbes column: Lebron James' Mega-Deal Shows Why Globalization Is Here To Stay

Ray Dalio is one of the most widely read and respected investment gurus alive today. What makes him special is his process, which he frames as his Principles (also the title of his book). One of Dalio’s principles is “radical transparency” -- the notion that well-developed ideas should be honestly shared without inhibition.