The S&P 500 declined 3.3% this week as positive earnings beats were overshadowed by a mob of day traders who used the power of the internet to spark a 400% rally in the video game retailer, GameStop.

“Tuning out the noise” seems to be getting harder by the day. We’re just a single month into the new year, and society and markets have already been rocked twice by events organized online, largely at the behest of nefarious actors. It would be one thing if these events were flukes or one-offs. But they’re not. They’re trends.

Fortunately for investors, the playbook for dealing with bizarre uncertainties, market manias, and bubbles is written clearly. The glaring nature of today’s risks makes them easy to spot and straightforward to navigate.

In the long run, assets always end up being worth what they’re actually worth. Thus, no need to be seduced or intimidated by today’s micro-bubbles.  If you feel like you’re missing a party, remember that investors don’t need a +400% weekly gain to build wealth over time. Sustainable wealth is created by investors who steadily compound equity-like returns over long periods of time. That is a fundamentally legitimate formula for wealth creation everyone can trust. Conversely, get-rich-quick schemes orchestrated by stock promoters who proliferate online chat forums won’t get most people where there want to be financially.

January’s dueling fiascos – the riots at the Capitol and the Reddit vs. Wall Street’s GameStop saga – both underscore a new paradigm of online groupthink, which when manifested can produce everything from organized acts of human kindness to domestic terrorism – and whatever falls in between.

The theme of this week’s 5 Things involves the concept of “mob mentality.” 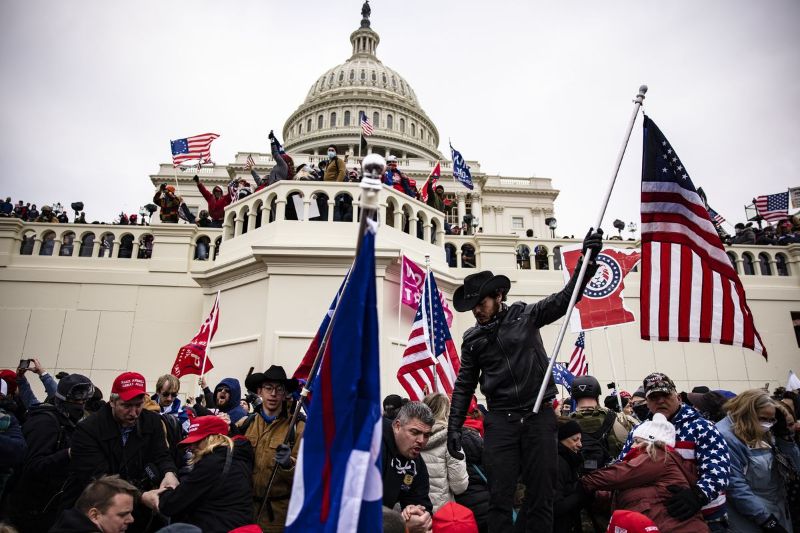 For weeks heading into Congress’s certification of the election results, people were actively engaging on Twitter, Facebook, and Parler to organize a march on Washington. In many cases, the calls for insurrection and violence weren’t subtle – they were explicit. Warning signs were everywhere, and yet it happened anyway.

The result was disturbing and reprehensible – but also shockingly organized. This underscores the potential danger of echo chambers that exist online, where an extreme form of confirmation bias – usually based on misinformation – manifests itself into a mission that “the group” must band together to carry out. We saw this very mindset drive the GameStop/AMC craziness this week, which we’ll get into more below.

Zooming out even further, another key takeaway is that government is overstretched and not efficiently managing national crises. That’s not just an R or D problem, it’s a USA issue. Here are three examples just from the first 30 days of the new year:

Institutional dysfunction stokes mob mentality, because the mob becomes increasingly compelled to punish the institution for not working the way it should. The institutions have arguably always been broken, but we now live in an age when organizing to disrupt them is easier than it ever has been. Curating what information to trust versus fade is the hard part.

SNL’s cold open last night summed things up with a parody about a fictional show called “What Still Works.” 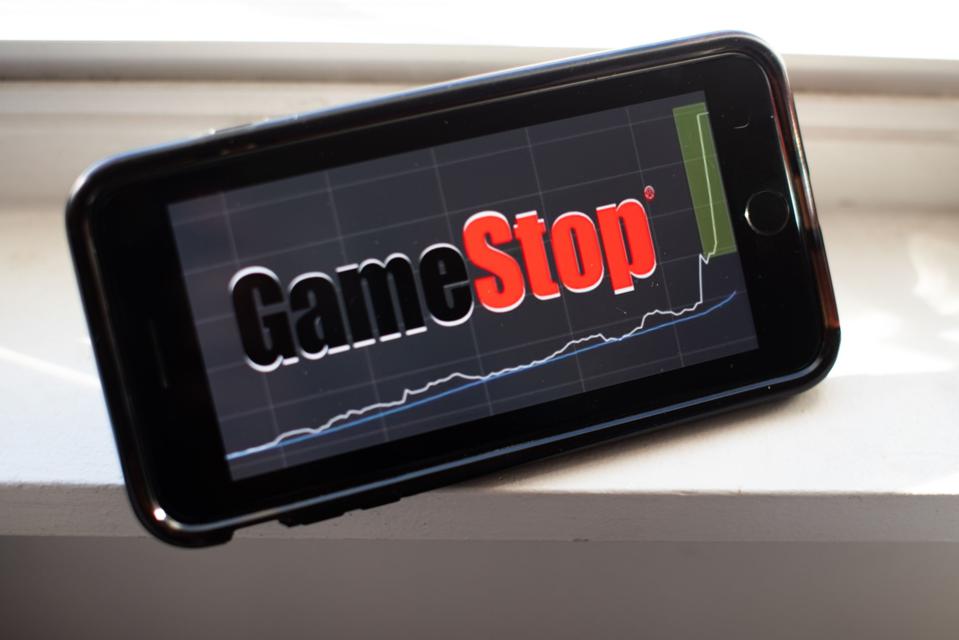 The online forum, Reddit, has a popular forum called “Wall Street Bets,” which in the language of internet geek is “r/wsb”.

Early on, there was a fundamental basis for investing in GameStop, because the founder of Chewy, a highly successful online pet retailer, had joined the board and was determined to modernize the company. But the focus on fundamentals didn’t last very long.

It was eventually established that institutional investors (namely, hedge funds) had more shorts on GameStop than actual shares in existence, and the forum became a rallying cry to buy GameStop to punish hedge funds (i.e., the ‘broken institutions’ in this case). Driving up the price of GameStop would ‘squeeze’ short-sellers, the chatter went, and they were right. There was a mad scramble to cover shorts by buying shares of GameStop, and higher and higher the price went. Wall Street was broken, and it was up to the mob to deliver a correction.

Because there are so many shares that need to be repurchased by short sellers, owners of GameStop shares have had sufficient exit opportunities, but not everyone will sell at the right time.

How a Mob Created an Asset Class 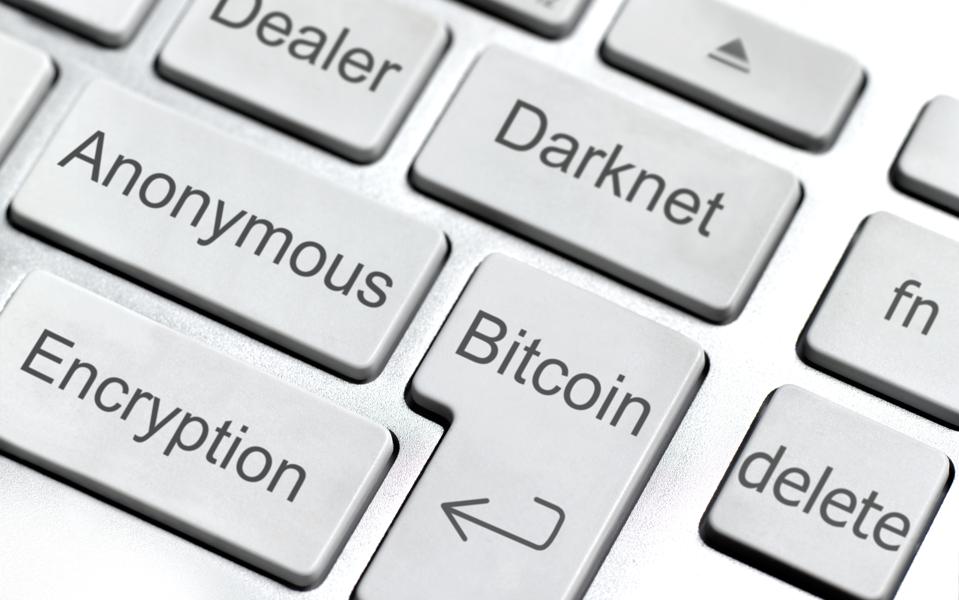 Bitcoin was invented years ago by a mysterious figure named Satoshi Nakamoto, and has since become popularized by online enthusiasts. A common theme we’ve discussed above is how the “mob mentality” grows strongest when it exists in opposition to a system it deems broken. In this case, the system is fiat money – currencies – that are allegedly relics of an old, broken system.

The arguments against fiat currencies – and for cryptocurrencies – are compelling enough that the group has banded together on a mission to upend the global financial system. Even institutions are now getting involved.

But there are also reality checks the crypto movement is bound to encounter. Questions like:

Which circles back to a point we’ve made implicitly and explicitly above: mobs tend to miss reality checks when extreme confirmation bias clouds the big picture.

Elon Musk And His Dedicated Mob 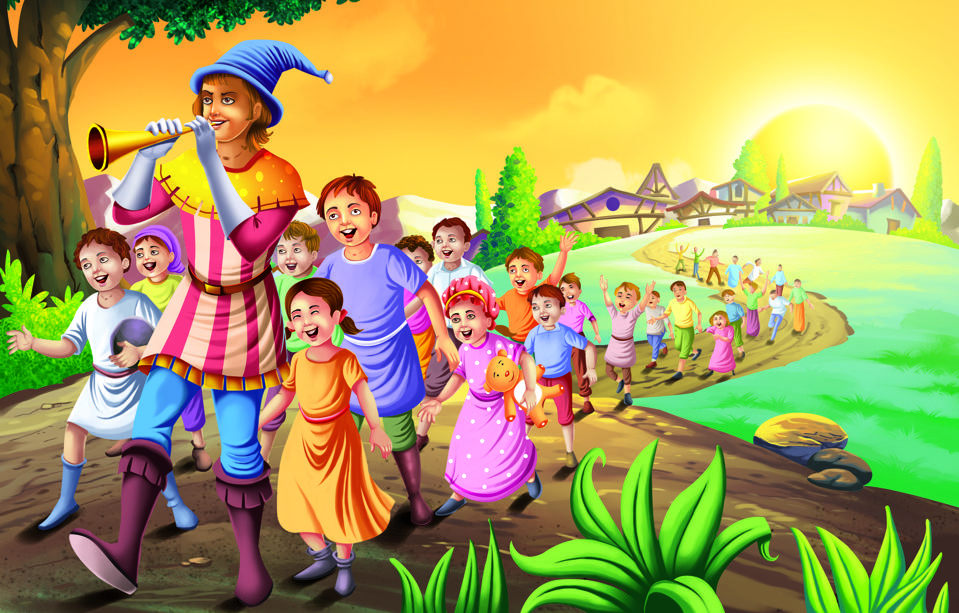 Last week, Elon Musk fueled a frenzied surge in GameStop shares when he tweeted “Gamestonk!!” and a link to the WallStreetBets Reddit thread.

On Friday, Bitcoin’s value jumped more than 20% to $38,566 after Musk changed his personal Twitter bio to #bitcoin, fueling speculation he had bought more of the cryptocurrency.

It's amazing and disturbing how much power this guy exerts over his online followers.

Today, the mob of retail traders and passive investors buying Tesla's stock do it mostly because they "believe" in something about the company. Their affinity clearly has nothing to do with Tesla's corporate fundamentals. It couldn't, because Tesla is barely profitable and its market cap exceeds all the other major US, European and Japanese auto companies combined, even though its sales are merely 1/50th of their combined level.

Musk is like a modern day Pied Piper, captivating the hearts and minds of many. But if you look into it, the fairytale about the Pied Piper of Hamelin was actually dark and didn't end well. Let's hope the outcome for all these folks throwing money at Elon Musk's feet is better. 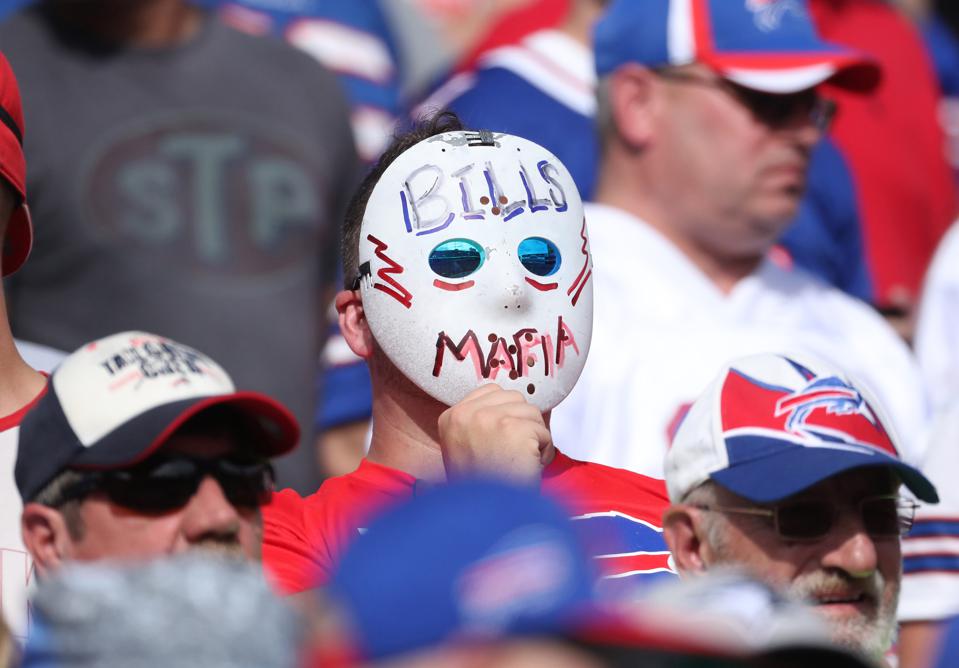 Gotta love the Buffalo Bills. The team just finished a 13-3 season in which it made it all the way to the AFC Championship.

The Bills are one of the Feel-Good Teams in the NFL, because they have one of the most loyal and passionate fan-bases. "The Bills Mafia," they are called.

Being part of a mob that roots for a sports team is a net-positive if it inspires feelings of hope and community into our lives. This kind of collective allegiance can work well into perpetuity, because it's based upon something honest. Something pure. You root for a team because your father did, or some other reason. It gives you something to look forward to, and it gives you camaraderie with an army who is loyal to the same cause. Being part of teams make us feel good, because it means we're not alone.

Being financially and emotionally invested in a day trading mob is a much different thing than being part of something like the Bills Mafia. When the Bills win or lose, its a shared outcome for the mob. When Robinhood traders buy something like GameStop, bitcoin, or Tesla, they are doing so at different times and variant prices. It's not just one game with one outcome. There are many actors, playing many different games within the game, and its destined to yield very different outcomes for each participant.

This is why online speculation clubs are a bad idea. Too many anonymous and unaccountable people are involved. Chat streams are overwrought with poorly curated information. And not everyone's motives and interests are purely aligned.

Contrast that situation with this excerpt from an article profiling a partnership between the Bills Mafia and the Buffalo Bills organization:

Del Reid can pinpoint the moment he realized he had helped create a community.

It was Oct. 9, 2011, the date of the inaugural "#BillsMafia Tweet up" tailgate prior to a Buffalo game against Philadelphia. The term "Bills Mafia" was in its infancy, used amongst a small group of fans who to that point had been connecting on Twitter. The tailgate was a chance to meet in person.

Some 70 people showed up that day. Breyon Harris – one of three Bills Mafia co-founders along with Reid and Leslie Wille – drove from his home in Virginia Beach to be in attendance. Reid recalls another fan driving in from Ottawa.

Another member sums up their affinity for the group by saying, "What I love about Bills Mafia is it is authentic."