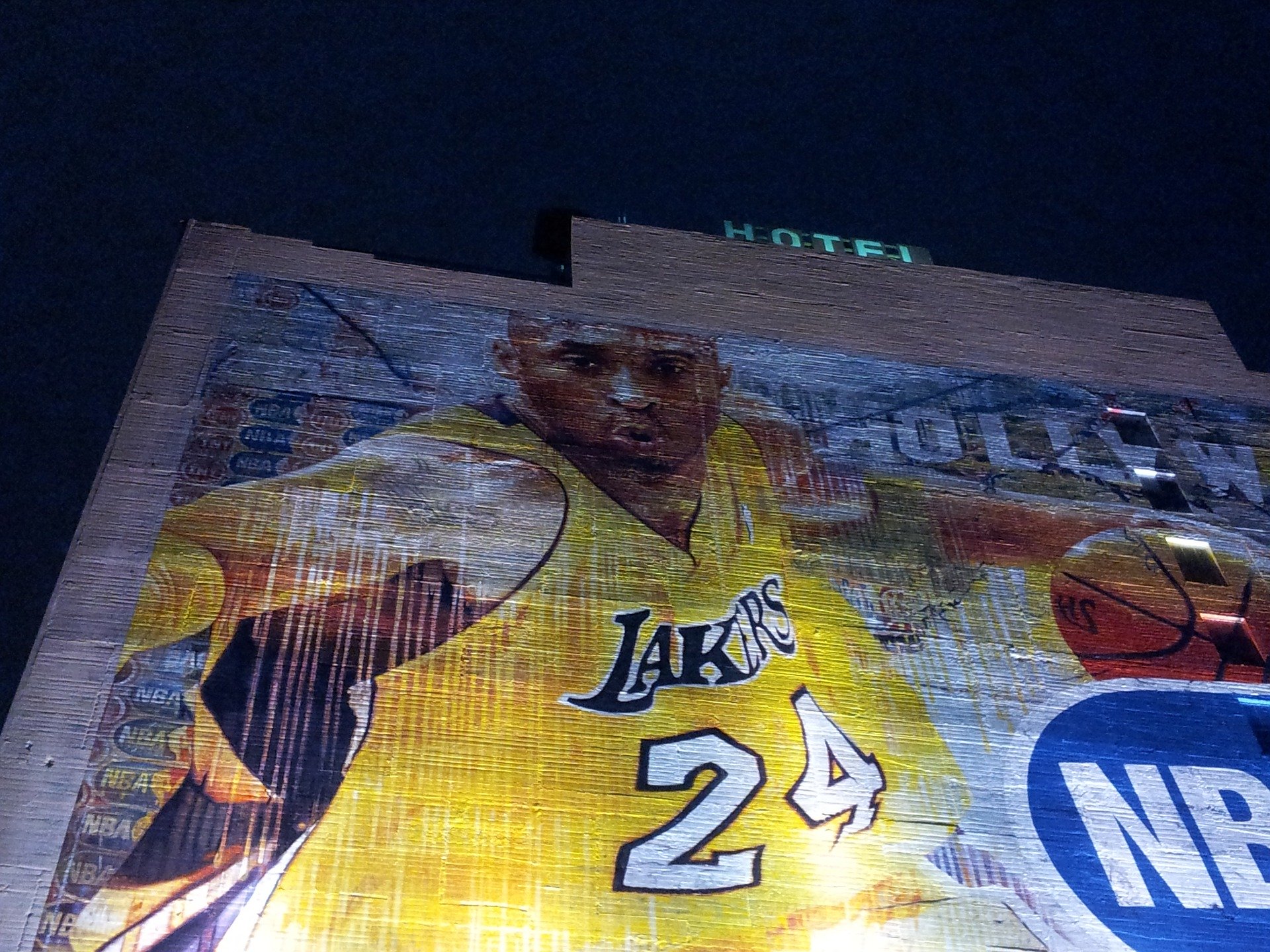 Kobe Bryant said he hoped people would remember him more for investing than basketball in 20 years. While his business career was tragically cut short, he still managed to achieve a lot in a short time.

Bryant knew how to maximize resources, which is arguably the most important trait of a superior capitalist.

Kobe Bryant was always in a hurry. Drafted into the NBA at age 17, it only took a few years for him to win his first championship.

Over the next two decades, Bryant became the third-highest scorer in league history, while earning $680 million from his player salary and endorsements.

While doing all of that, Bryant was also planning ahead, thinking about his post-basketball career.

“I started to see the passion and dedication from entrepreneurs. I related to it because it’s how I approached the game every day,” Bryant told CSQ Magazine. In 2013, he started Kobe Inc. as a vehicle to pursue business interests.

In 2014, Bryant invested $6 million to acquire 10% ownership of the sports drink brand, BodyArmor. In 2018, Coca-Cola invested at a higher valuation, catapulting the value of Bryant’s stake to $200 million.

Not a bad start to an investing career.

In 2016, after scoring 60 points in his final game, Bryant was hungry to conquer new arenas. That same year, he launched a $100 million venture capital fund, focusing on media and technology-related businesses. Prominent athletes, such as Peyton Manning and Steph Curry, came aboard as investors.

Last September, Bryant and his partner, Jeff Stibel, announced on CNBC their fund had made 18 investments with 10 exits. In just 3 years, the fund had already grown to over $2 billion.

Bryant also founded a media company in 2016 called Granity Studios. One of the first projects was a short film called, Dear Basketball, which Bryant wrote and narrated himself. This became another quick score. Bryant took home an Oscar in 2018. 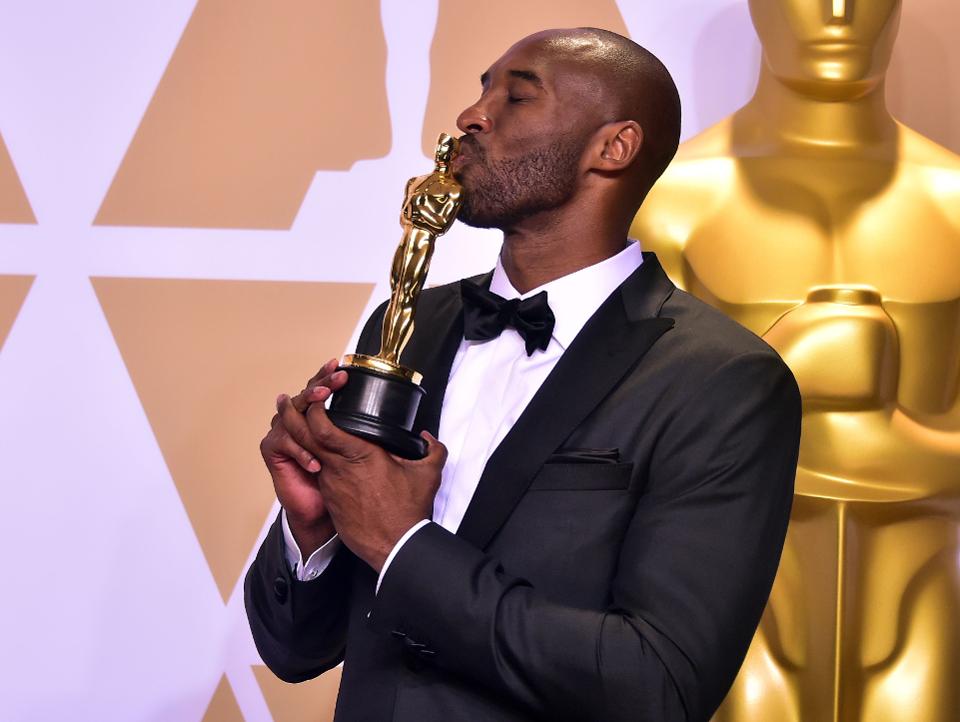 If you’re a novice when it comes to investing, you may find it intimidating. There’s a lot of complexity. But if you deconstruct investing like Bryant did, you can expedite your learning curve.

Bryant was always a student before he became a teacher. He understood success leaves clues. In basketball, he modeled legends like Magic, Bird and Jordan. He combined parts of their game to become his own hybrid version.

He replicated the same formula in business, seeking out mentors and modeling their principles that matched his personality.

Bryant relied on four specific criteria to become a successful investor, which he summarized in the clip below around the 7:30 mark.

Criteria #1: Do you understand the business?

This is one of Warren Buffett’s foremost criteria as well. Buffett only invests in industries he believes are in within his “circle of competence.”

Bryant built a circle of competence by reaching out to successful figures from industries he was interested in, including Oprah Winfrey and Apple chief design officer, Jony Ive. He studied how they worked. He wanted to know how they dominated their industries.

Bryant also practiced his craft. For instance, he was a partner in the ad firm Zambezi, and even created his own copy. In 2009, while Bryant’s team was playing in the NBA Finals, Vitaminwater ran a commercial during the telecast that Bryant secretly wrote.

Criteria #2: Is it a business you can help in some form or fashion?

This is a common criteria for activist investors, like Carl Icahn, as well as VC investors, who use their network and knowledge to help accelerate businesses they invest in.

Bryant was hands on with investments like BodyArmor. He was a brand ambassador who went out of his way to attend events, like the National Association of Convenience Stores conference in Chicago.

He also constantly brainstormed new ideas with management. And constantly challenged management teams to compete at the highest levels possible. Bryant didn’t just want to take a piece of the pie from stalwarts like Gatorade and Powerade. He wanted BodyArmor to be #1 in market share by 2025.

Criteria #3: What are the barriers to entry for the business?

This is similar to Warren Buffett’s “economic moat” concept.

Bryant understood what it takes to excel in the face of heavy competition. Even if someone is lucky enough to be 6’7, like Kobe Bryant, their chances of making the NBA are just 1 in 8,000.

Bryant will go down as one the fiercest competitors in the history of sport. As a player, he was renowned for his work ethic. He separated himself by waking up earlier, practicing more, and training harder than everyone else. To him, that was a competitive advantage he could control.

Early in his career, Bryant figured out that if he could keep up that pace, he would eventually build an insurmountable lead over his peers. His training and preparation compounded, creating a “barrier to entry” that allowed him to remain at the pinnacle of his field.

Business is similar. If you’re at the top of the mountain, there’s always a target on your back. You need a competitive advantage to keep competitors at bay.

Bryant chose to focus on media and tech investments, partly because they are domains where branding and intellectual property can form powerful barriers to entry.

Criteria #4: Do you believe they have a positive culture that is sustainable?

Kobe Bryant was a self-described “obsessive.” He made it a priority to do business with like-minded people.

Elon Musk is a business leader that fits this mold. Known for regularly putting in 100-hour workweeks, Musk isn’t trying to build ordinary companies. With Tesla, SpaceX, and even The Boring Company, Musk is obsessed with building something extraordinary.

That’s how Bryant operated 24/7. He put in the extra hours, just like on the basketball court, pushing himself and those around him to maximize their potential.

"Text at 3 in the morning, and he responds a minute later," recalled Mike Repole, founder of BodyArmor. "That's when I realized he was as psychotic as I was. I don't think either of us sleep."

"We are obsessive," Bryant said. "We wouldn't want to be doing anything other than what we are doing. That's where obsession comes in — when you care about something 24 hours a day."

Bryant was addicted to excellence. In everything he did. He was always trying to become a better version of himself.

Kobe Bryant's favorite book was The Alchemist by Paulo Coelho, which also happens to be my favorite book. It’s about a boy in a hurry to conquer life.

Yet in his quest for riches, the boy ultimately learns that his personal legend is more about enriching himself from within.

That’s an investing lesson for anyone of all ages. And it’s a hallmark of Kobe Bryant’s legacy.