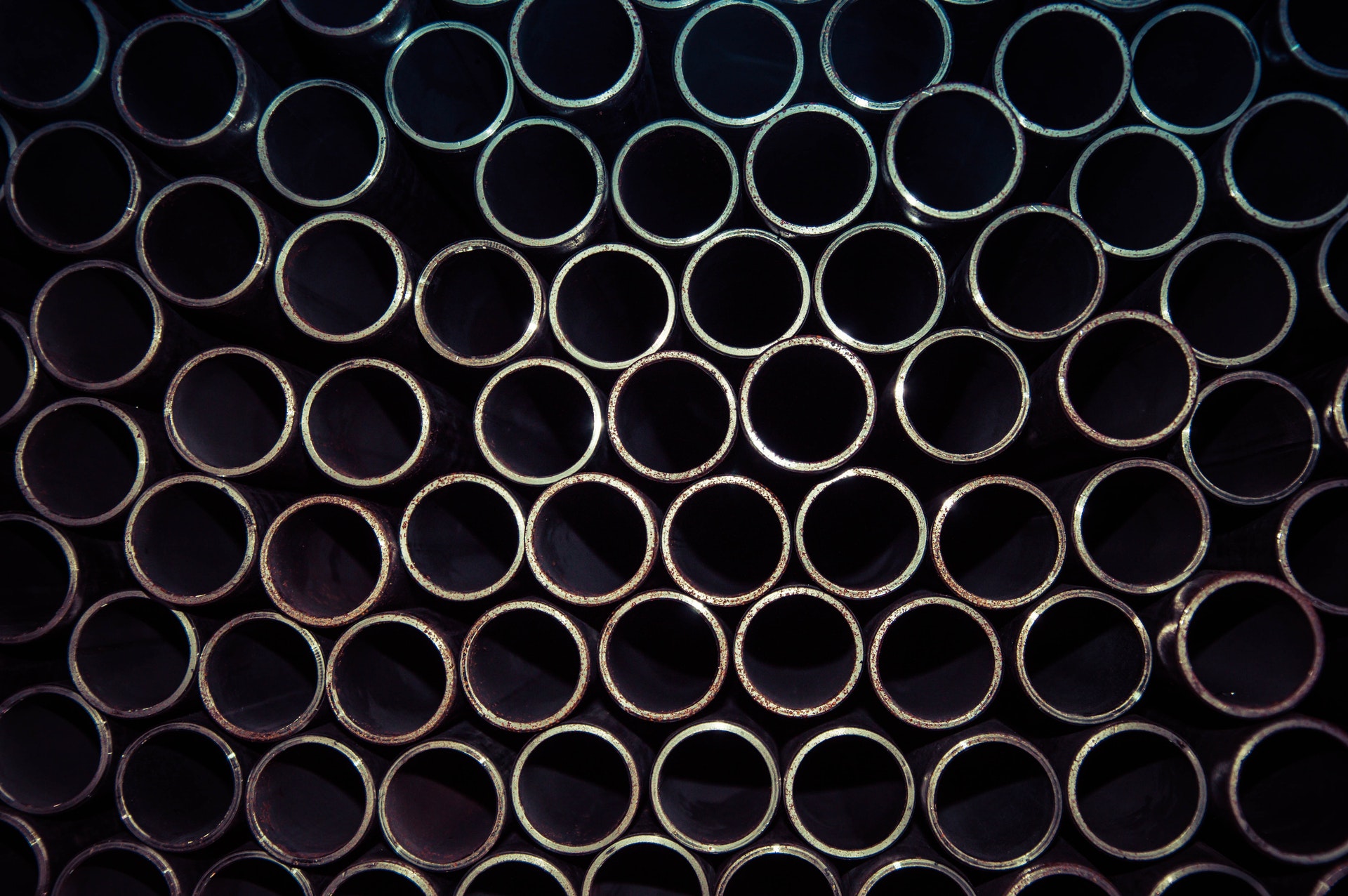 “Take nothing on its looks, take everything on evidence. There is no better rule.”

In March 2018, I wrote an article for RCM about why I thought the Trump Administration’s steel tariffs would eventually backfire. My argument struck some readers as odd, but it was based on empiricism. Trade wars, tariffs, or any other policy designed to prop-up certain parts of the economy have always been rife with unintended consequences.

The steel tariffs were promoted to “fix” the U.S. trade deficit problem with China while boosting the fortunes of beleaguered steel manufacturers. Sadly, they did neither.

The U.S. trade deficit (if you believe in accounting abstractions to begin with) increased on President Trump’s watch, rising to $679 billion in 2020, compared to $481 billion in 2016, the year Trump assumed office.

Trump’s tariffs did succeed in reducing the bilateral trade deficit with China. Final figures show the trade gap with China was $311 billion in 2020, down from $419 billion in 2018.

There was an unintended side effect, however.

As imports from China receded, domestic firms increased imports from other foreign suppliers. That resulted in the trade deficit rising with many countries in 2020, including Vietnam, Taiwan, Malaysia, South Korea, Indonesia, Russia, Germany, and Switzerland.

The Trump Administration argued that China would pay the price for the tariffs. But a recent paper titled, Who’s Paying For The US Tariffs? A Longer-Term Perspective concludes the opposite. The paper finds, “U.S. tariffs continue to be almost entirely borne by U.S. firms and consumers.” It also offers insights specific to the steel industry.

The data show that U.S. tariffs have caused foreign exporters of steel to substantially lower their prices into the U.S. market. Thus, foreign countries are bearing close to half the cost of the steel tariffs. Since China is only the tenth largest steel supplier to the U.S. market, these costs have largely been borne by regions like the EU, South Korea and Japan. This is likely good news for U.S. firms that demand steel, but bad news for workers hoping that steel tariffs will bring back jobs. Indeed, the fact that foreign steel producers have lowered their prices in response to U.S. tariffs may help explain why U.S. steel production only rose by 2 percent per year between the third quarter of 2017 and the third quarter of 2019 despite 25 percent steel tariffs.

AK Steel, profiled in the March 2018 article, is where many of my wife’s family members devoted decades working at the plant in Middletown, Ohio.

Unfortunately, AK didn’t survive the coronavirus. At least, not as an independent company.

Although Trump’s tariffs may not have directly caused AK’s demise, they didn’t prevent it either.

Weren’t they supposed to, though?

Remember how aggressive the sales pitch was. These tariffs weren’t just to protect the steel companies—they were supposed to propel them. And it was supposed to be easy. That's at least what President Trump said in numerous Tweets.

Why Cleveland-Cliffs Is Winning

Despite awful equity performance and rising trade deficits with China, the American Steel industry is not dead, and America is not losing its economic battle with China. Far from it.

Cleveland-Cliffs shares have been on fire—gaining 149% over the last year compared to an 18% increase in the S&P 500.

American steel plants are currently running at about 75% of their capacity. That’s down from a peak of 83% in 2019, when they were receiving the full benefit of tariffs that former President Donald Trump instituted to shield the industry from import competition.

Running plants at below capacity is a calculated decision based on normalized profitability assumptions.

Lourenco Goncalves, the CEO of Cleveland-Cliffs, pledged to shareholders to focus on a quality over volume approach. “Under my watch, Cliffs had never been and will never be tempted by the stupidity of volume for volume’s sake,” Goncalves said on a call with analysts last October. “We will continue to manage our business in the most quality-focused and cost-efficient ways, always reaching for real value and return on invested capital.”

As a result of mills running below capacity, some steel customers are unable to source sufficient metal to produce things like automobiles and appliances. They may need to turn to overseas suppliers, putting a dent in U.S. volumes and undercutting the policy priority of onshoring more domestic production.

“That’s just blowing a giant hole in the idea of reshoring, where if you want to support U.S. manufacturing you need to have competitively priced inputs,” said Josh Spoores, steel analyst at CRU Group, in a telephone interview.

Goncalves and his competitors know the economics for steel imports are improving: the average tariff and transportation-adjusted import price is currently around $900 a ton, which is 25% less than the cost to buy from U.S. producers, per Bloomberg Intelligence analyst Andrew Cosgrove.

“The demand is not pre-Covid levels, but it’s just more than what we have in production today,” said Dan DeMare, a regional sales manager for Heidtman Steel, a service-center customer of U.S. Steel. “The steelmakers are going to make a load of money, but the stress it puts on the market is insane.”

One of the secrets to running a successful business in any industry is the ability to play offense when competitors are forced to play defense. Cleveland-Cliffs balance sheet and margin profile exceeded AK’s for over a decade, which gave them the flexibility to make a timely acquisition last year.

And now, the company is doing what smart companies do—maneuvering around regulations and doing what’s best for their company long-term.

Tariffs and trade wars are specifically designed to pick winners, which in the modern world means supporting the companies and pockets of industries that lobby the most.

Designing policy to help certain companies succeed by definition means positioning other companies to lose. No two companies have the exact same interests, and helping one often means hurting another – even in the same industry. That’s how AK Steel may have ultimately been victimized by tariffs. Nothing about trade relations is ever clean-cut or easy.

If it weren’t for the tariffs, perhaps management would have made proactive changes before AK went into distress and had to be acquired at a fire sale price?

Thomas Philippon explains the interplay of competing political interests in his book, The Great Reversal: How America Gave Up On Free Markets:

“Simply put, businesses lobby to protect their rents. This explains, for instance, the steel and aluminum tariffs imposed by the Trump administration in 2018. Lobbying spending by large American steel companies increased by about 20 percent between 2017 and 2018. They successfully pushed the Trump administration to impose tariffs, which led to higher prices and higher profits.

In the case of aluminum, a midsize company with fewer than 2,000 workers, Century Aluminum, was at the center of the lobbying effort. As Business Week reported on Septe-mber 27, 2018, “what wasn’t mentioned was that Century’s biggest shareholder is Glencore Plc, the Swiss trading company that is the biggest buyer and seller of commodities in the world … While Century was lobbying the Trump administration, Glencore, along with a handful of other commodity trading companies, was stockpiling record amounts of foreign aluminum in the U.S.—the idea being, if tariffs were announced, prices would rise, and all that cheap foreign metal would suddenly become more valuable. And that’s what happened.”

Tariffs have been tried, many times throughout history. Yet, to date, there is still no real evidence of any nation enjoying sustainable economic prosperity as a direct result of its tariff-related trade policy. Tariffs have never really worked, and they still don’t.