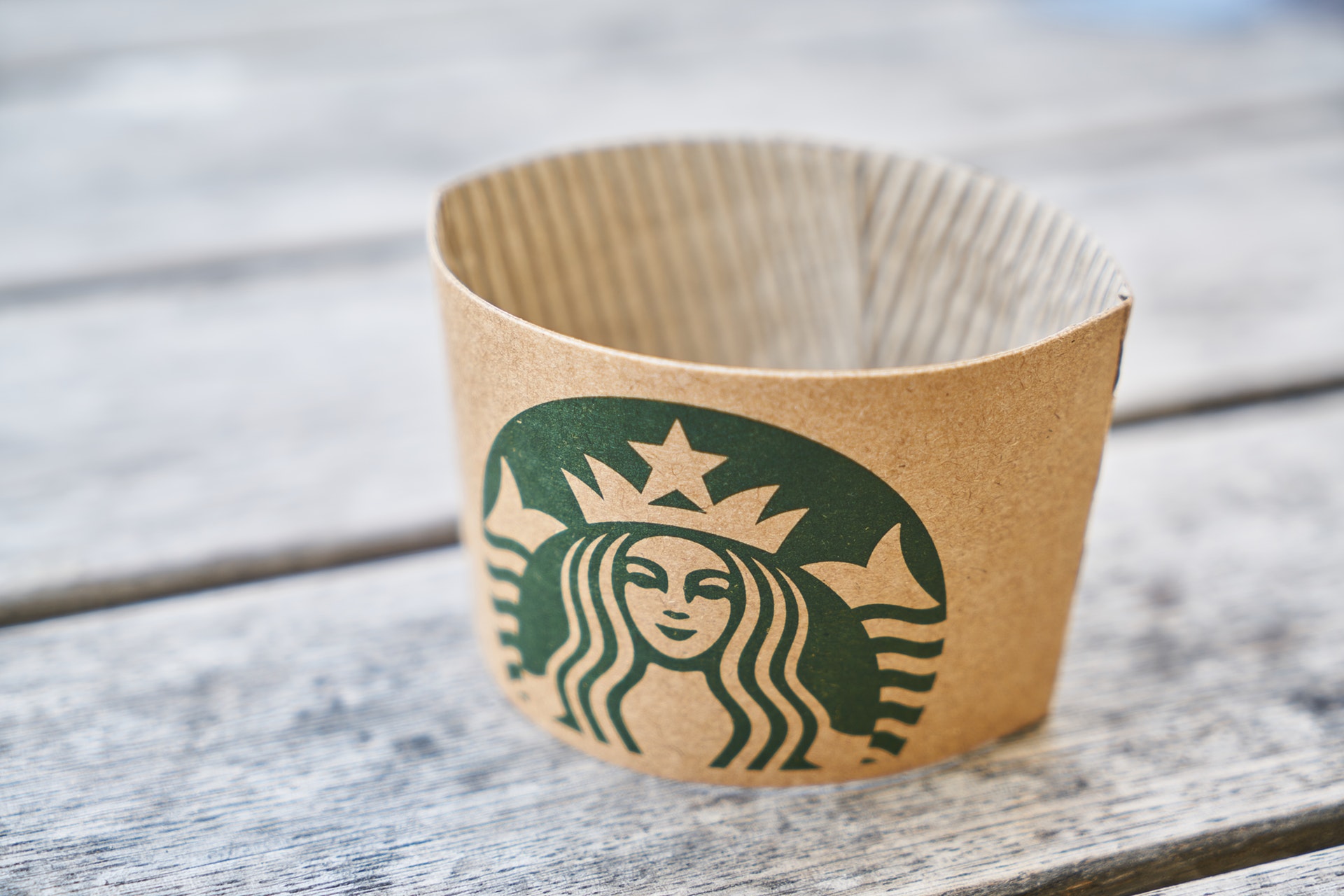 After Howard Schultz resigned as Starbucks' CEO last June, I profiled the company's investment merits in a post. "It's coffee almost never goes on sale, but the stock is now," I wrote.

Starbucks shares have since returned 79%, while the S&P 500 is up 8% over the same period.

Starbucks bottomed near $50 around the same time an expanded share repurchase plan was announced. Management had already committed to return $15 billion to shareholders via buybacks and dividends through fiscal year 2020. Newly appointed CEO Kevin Johnson pledged to increase the target by an extra $10 billion.

$25 billion was an extraordinary sum to return to shareholders, considering Starbucks' overall market cap was under $80 billion. There's no such thing as a "Can't Lose Investment," but this setup was darn close. Here you had one of the premier business franchises in the world, offering a double-digit shareholder yield (dividends + buybacks), in an environment where bonds yield next to nothing.

When the buyback program accelerated in late-2018, shares outstanding fell sharply. The stock price broke above a multi-year trading range, and it's been off to the races ever since. 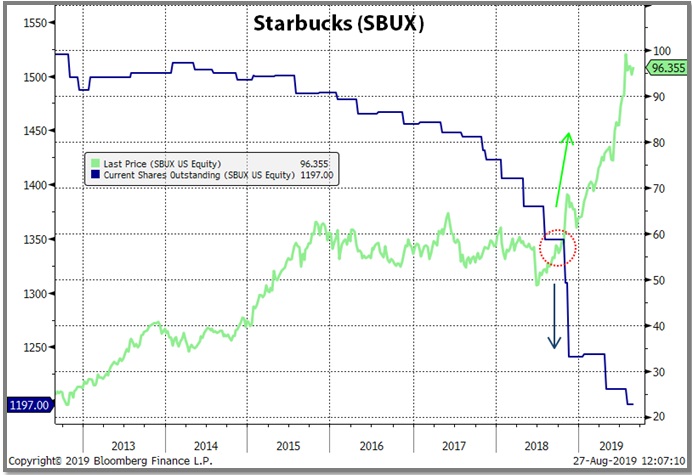 Beverage innovations like the Nitro Cold Brew, as well as better digital engagement with customers, have spurred a rebound in same-store-sales. In the U.S., same-store-sales growth was +7% last quarter compared to +1% a year ago.

While I maintain a positive long-term view on the company, I recently decided to exit my position. Here's why.

There are a couple "IOUs" linked to Starbucks' buyback program that investors should be mindful of going forward.

First, the company incurred a lot of debt to fuel all these buybacks.

Enterprise value (EV) considers the value of an entire company—debt and equity. That's an important metric now since Starbucks just incurred a bunch of debt.

Below is Starbuck's valuation range over the last five years, measuring the ratio of EV to estimated earnings before interest and taxes. Starbucks presently trades at 24.8x, which is a 36% premium to the historical average of 18.3. 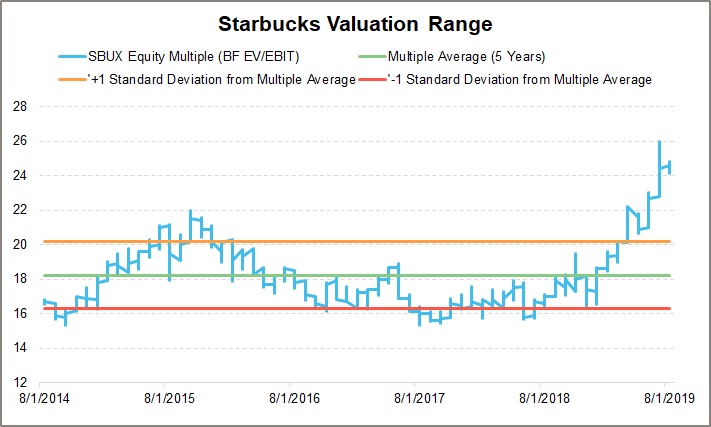 Valuations in the broad equity market have drifted down over the last year, which makes Starbucks recent valuation surge an even more interesting anomaly.

Does Starbucks really have enough growth potential to justify this high of a multiple?

Starbucks' growth rate has been okay in recent years, but not lights out. Top-line sales are growing annually at around 10%. Earnings-per-share rose almost 30% over the last year, but much of that came from an artificial lift due to a lower share count. Overall operating income will likely be down year-over-year ($4.43 billion est. in '19 vs. $4.46 billion in '18).

Markets are ruled by supply and demand.

The supply of Starbucks shares has shrunk considerably due to buybacks.

Meanwhile, demand has surged. From my perch, it appears a lot of future returns have been pulled forward by Starbucks' buyback program. I say this because much of the recent run-up was fueled by a higher valuation, which isn't sustainable in perpetuity. There will be a payback period down the road.

For context, Starbucks is now the 9th largest holding in the iShares Momentum Factor ETF (MTUM).

That investment product does not buy stocks based on fundamentals. It doesn't care if earnings are seeing a temporary lift. It doesn't care if the valuation is three standard deviations higher than normal. It only cares about one thing: the stock is going up.

This typifies the modern market we find ourselves in. Positive momentum—independent of whatever the initial catalyst is—feeds on itself. A snowball effect takes shape, and the prices certain securities trade at have a blurry connection to fundamental reality.

It's unlikely Starbucks will have any issues servicing the extra debt.

But the aggressive buybacks likely created a positive feedback loop that pushed valuations up considerably. That makes for a riskier investment without as much upside going forward, because valuation always mean reverts. In the long run, stocks track the intrinsic value creation of the underlying company.

Over the next couple years, the company will slowdown the pace of buybacks. Growth metrics will lose some of their shine, as the artificial boost from a declining share count vanishes. Momentum investors will fall by the wayside. And the value crowd in the market will thumb their nose at Starbucks until that multiple comes down... a lot.