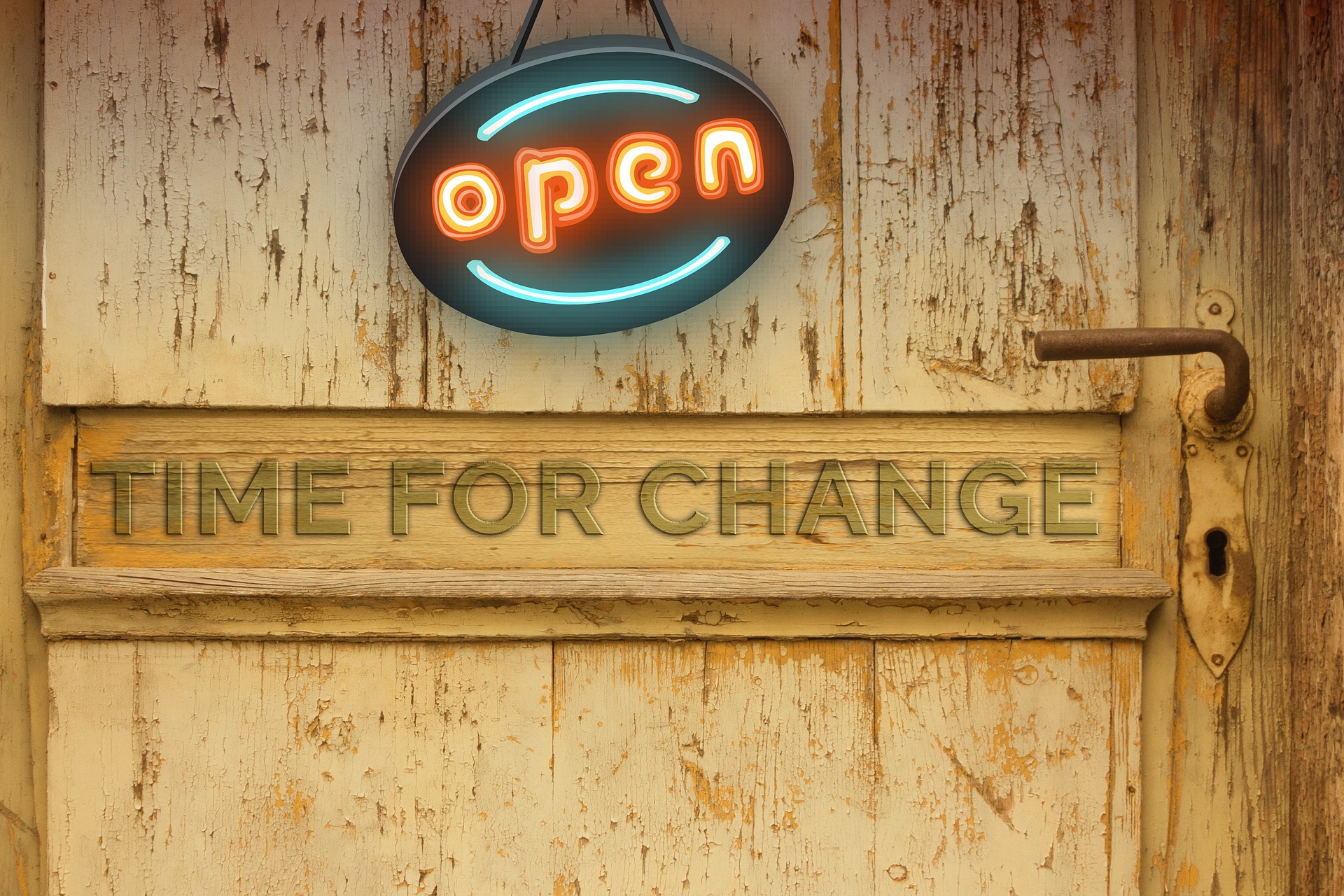 Joel Greenblatt, legendary investor and New York Times bestselling author, has written a new book that is light in pages but full of great ideas.

In Common Sense: The Investor’s Guide to Equality Opportunity and Growth, Joel offers a fresh take on some of today’s most vexing public policy challenges. Topics range from elevating educational opportunity in America, to stimulating higher wages, to fixing the social security system, and more.

In investing circles, Joel is well known for his elite track record at Gotham Asset Management. He has been a professor at Columbia Business School for over two decades and is the author of several popular investing books, including my all-time favorite, The Little Book That Beats the Market.

Common Sense is written in Joel’s trademark style that is both relatable and practical. He succinctly analyzes and explains the backstory for the issues he addresses. Then he recommends targeted, pragmatic solutions that workaround politics and get to the heart of the issues.

I enjoyed the book enough to reach out to Joel for an interview, which he graciously granted.

Here are excerpts from our conversation, edited for clarity purposes.

Michael Cannivet:  This book is different than your previous ones. What inspired you to write it?

Joel Greenblatt:  We are living in a unique time when a lot of people are concerned about public policy issues. Long-term investors look at the world differently. I thought I could bring a fresh perspective to certain issues I care about.

Cannivet:  I was surprised to learn how popular Thomas Paine’s Common Sense was. In 1776, it sold over 500,000 copies to a population of 2.5 million—the most ever on a relative basis.

How did a pamphlet from hundreds of years ago factor into this project?

Greenblatt:  I was struck by how powerfully Thomas Paine expressed himself in that document. He approached things like a guy who just landed from Mars, looked around, and started pointing out things that obviously didn’t make sense. He asked simple but important questions. Things like: Who is this king guy anyway? And why are we stuck with a decision made hundreds of years ago by a bunch of dead people?

I thought he appealed more to common sense principles than political ideology, which is what I tried to do in this book.

Cannivet:  How did you choose the topics?

Greenblatt:  If you think about where the best long-term compounding opportunities are in terms of public policy, I think it starts with education. Helping people learn how to help themselves during their formative years really pays great dividends—for them and society.

The biggest factor that unleashes upward mobility is education. Yet, for low-income and minority students in our urban centers, the odds of graduating college are just 1 out of 11. Studies show college graduates earn 70% more than those with just a high school diploma. So, we clearly need to do better in this area.

Cannivet:  Can you explain why educational reform is difficult and your idea for a workaround solution?

Greenblatt:  One story in the book involves a question I posed to the students in my class. I asked them: How do you beat Tiger Woods?

The answer is: Don’t play him at golf.

The point is sometimes it makes sense to do a ‘roundabout’ to bypass wherever the roadblocks are. Particularly when it comes to a problem or challenge that keeps resurfacing.

For instance, we know certain things do improve educational standards, like some of the best charter schools. I was one of the co-founders of Success Academy run by Eva Moskowitz. The results for the 20,000 kids in that program are phenomenal. As a group, their test scores exceed even the wealthiest districts. That’s a really good sign, because it says that with the right kind of supports, these kids can compete at the highest levels.

That said, charter schools only serve about 7% of students. Despite their demonstrated success, it’s going to be tough to push that number a lot higher. So much money flows into district public education every year, it creates a maze of entrenched interests.

So, even though I support school choice, I also recognize we probably need an end-around the current system. That is why I like the idea of alternative certification.

Cannivet:  How would alternative certification work?

Greenblatt:  Jamie Dimon, CEO of JPMorgan JPM +1.8%, has said, “The new world of work is about skills, not necessarily degrees.” I think he is right about that.

The best way to kickstart alternative certification would be getting top companies onboard. Major firms like JPMorgan, Amazon AMZN -0.5% and Google GOOG -0.6% could help create more opportunities for high paying jobs by simply making public new hiring criteria they will use in lieu of a college degree to screen candidates for high paying jobs. They can come up with whatever certificates, courses or tests make the most sense for them and the positions they aim to fill.

The companies would benefit from a more diverse workforce. And for the labor force, this would create a lot more opportunities for upward mobility to higher paying jobs.

Cannivet:  How much would something like this cost the government?

Greenblatt:  It wouldn’t cost the Federal government anything, because once a “buyer” is established for the people taking the certification tests or for those passing certain courses or receiving specified certificates, a natural ecosystem would begin to grow. Things like tutoring services and online resources would emerge and the network effects would snowball.

One example for how this kind of disruption works comes from Clay Christensen’s book, The Prosperity Paradox. In the late 1990s, there was an entrepreneur named Mo Ibrahim who started a company called Celtel. He wanted to sell mobile phones in undeveloped African countries with almost no supporting infrastructure. People thought he was crazy because the infrastructure did not exist.

Ibrahim’s workaround solution was a payment system that worked in 25-cent increments. This generated enough initial demand to get things going. Next electricity and rudimentary roads were built to service the cell towers. After a few years, the ecosystem grew big enough for Celtel to be sold for $3.4 billion.

This is just one example to show how ecosystems become self-sustaining after initial buyers emerge. That’s all we need to get something like alternative certification going.

Cannivet:  Globalization is one of the most polarizing issues of our time. Outside of education, what else can we do to help displaced workers?

Greenblatt:  Well, the good news is we have dealt with disruption before and survived as a society. Entering the 20th century, roughly 40% of Americans worked on farms. Today that number is less than 2%.

One of the challenges now is the pace of change. It keeps speeding up and not everyone can go back to school for more education.

We can help the economy transition if we approach the problem like a long-term investor. Once we do that, certain answers become more obvious. For instance, one no-brainer is we should expand a program we already have called the Earned Income Tax Credit (EITC). Along with expanding it, someone should probably think of a catchier name.

Cannivet:  Can you explain what you like about that program?

Greenblatt:  Basically, EITC works like a reverse-income tax. When someone earns below a certain threshold, the government agrees to kick in something extra on top of what they earn from their employer. It costs the government money on the front-end but pays residual dividends by reducing other costs.

When you study the numbers, it becomes obvious that poverty is very expensive—both socially and economically. We should try to be more imaginative in how we deal with that, starting with the accounting.

In 2018, the U.S. spent about $68 billion on EITC, making it the third largest social welfare program. However, there is a University of Chicago study I cite in the book that says the actual net cost is closer to $9 billion.

The reason the true cost is cheaper than the headline number is because when people go to work a lot of other good stuff happens from the government’s perspective. Employment tax revenue goes up, sales tax revenue goes up, and social welfare costs go down (including taking millions out of childhood poverty and reducing the trillion dollar a year associated cost we already incur). That’s what makes this an effective bridge program to help displaced workers.

We could bump everyone’s minimum pay to $15-$20 per hour if people are okay with a trillion dollar tab at the front-end. Residual benefits would kick in later to knock that number down, but that is probably a bridge too far to happen right away. So, the roundabout I propose in the book is to triple our current program and target around $200 billion, which would still make a meaningful difference for many people.

Earned Income Tax Credits are probably undervalued as a policy option, because it is hard to evaluate the costs based on how the Congressional Budget Office (CBO) figures expenses. The CBO looks at expenses narrowly year-to-year for programs like this, ignoring longer-term paybacks on the upfront investment.

Cannivet:  Very interesting. Speaking of long-term, another issue people have worried about for a long time involves their social security check. People worry checks may stop arriving someday because the system is insolvent. But you have an answer for that as well, correct?

Greenblatt:  The short answer is that it would be nice if we could just copy what Australia is doing, because it works. They implemented a program called ‘superannuation’ that Australians have used to build over $2 trillion in retirement savings in a country much smaller than ours.

I understand a lot of people like Social Security and it has been a fine program. It just needs to be supplemented. It’s not very generous for those who need it the most.

The way Social Security works is people get out what they put in, essentially. That means the money they earn gets tied up for a very long time earning a poor rate of return.

A better approach would be to divert social security taxes to personal retirement accounts—like the superannuation accounts the Australians have. One of the upsides with that system is it allows people to start compounding capital at the start of their career. Anyone who is familiar with compound interest tables knows the earlier you can start investing the better.

The other thing that matters in compound interest tables is the rate of return. All we need to do there is give people sensible investing options. Help them achieve a higher return than U.S. government bonds. This type of model would stimulate more investment in the private economy, while providing people more money when retirement rolls around.

Cannivet:  Makes perfect sense to me. Thank you, Joel.