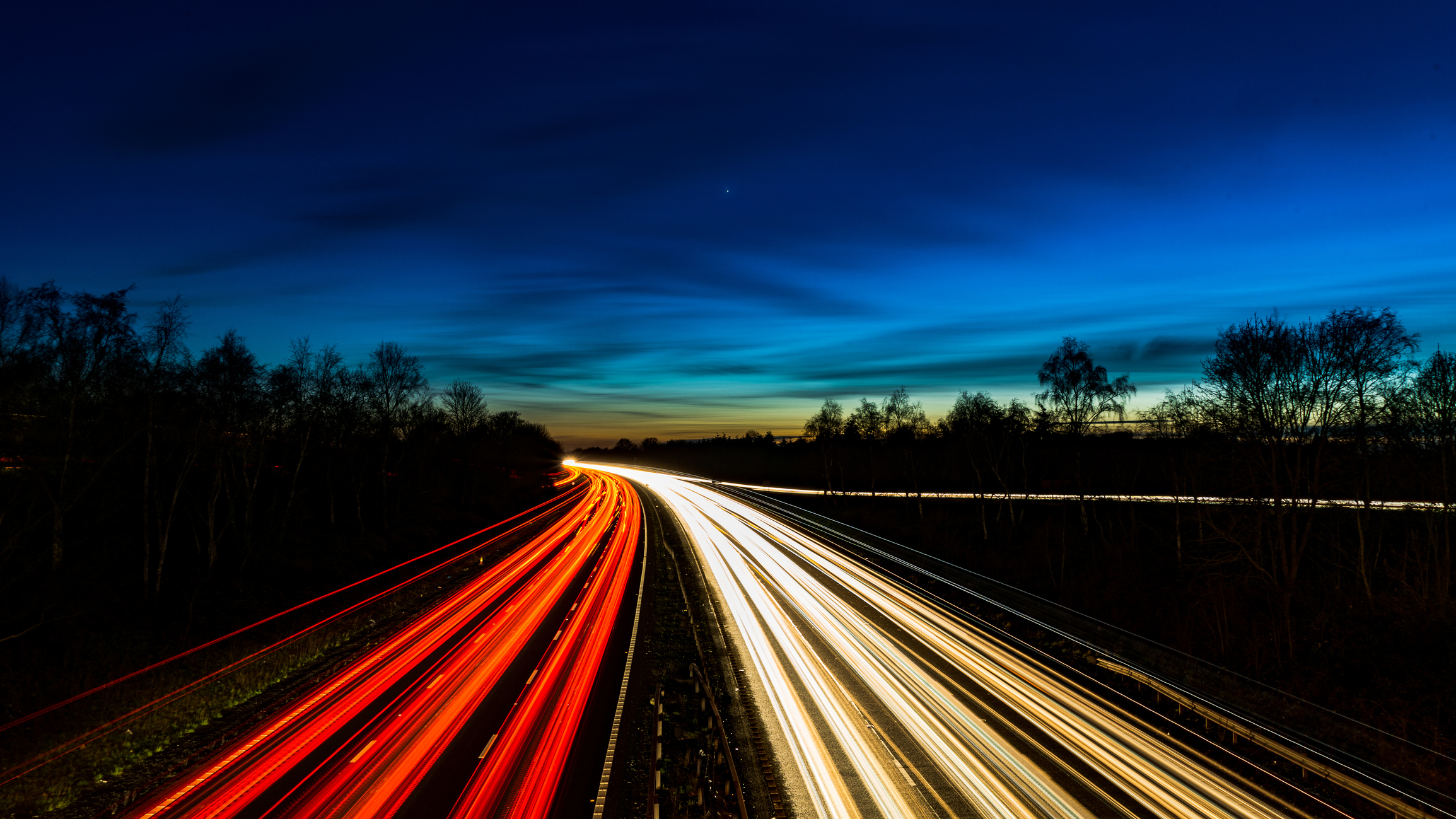 Volatility is a two way street. It can be an investor’s friend or foe, depending on the direction.

Cathie Wood of ARK Invest has the type of investment track record to demonstrate this point well. Her firm’s ARK Innovation ETF (ARKK) has returned 23.5% annually since its original launch in 2014—trouncing the S&P 500’s 14.6% annualized return over the same period. But it’s also been a rollercoaster ride to get there.

There isn’t anything analogous to a height requirement for someone to buy an ETF. But if there were, the best proxy would be something related to a personal threshold for volatility. Let’s review why, starting with the fun part of ARKK’s ride.

Wood’s sterling performance made her a star among active managers. In recent years, she has become a staple on financial networks and her firm’s assets under management have soared.

Ever since the ARKK ETF peaked last year, however, her investors have been on a different kind of ride.

The last year has obviously been a much tougher spell for Ms. Wood. A number of macro factors have morphed from performance tailwinds into headwinds—most notably the hawkish policy turn by the Federal Reserve. For the type of high flying growth stocks ARK Invest favors, higher rates are like kryptonite. This is because high valuation stocks typically don’t do well when interest rates are rising.

For perspective, the ARK Innovation ETF currently sports at a Price-to-Sales multiple of 9.3 compared to a 3.2 multiple for the SPDR S&P 500 Index Fund (SPY).

Wood’s penchant for high-valuation stocks and recent performance is reminiscent of the NASDAQ Bubble that occurred around the turn of the millennium. Is history repeating itself? Based on the tight correlation in the analog below, perhaps. But only time will tell if the correlation holds. 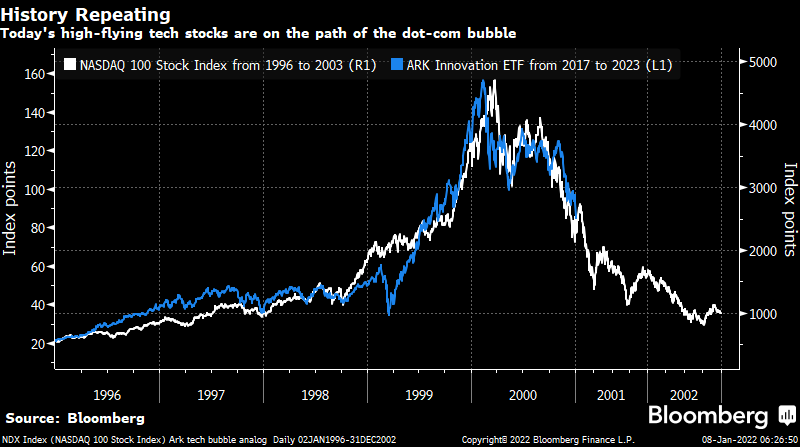 The Folly of Heat Chasing

ARKK’s ETF flows indicate the average investor in the fund is underwater. StoneX market strategist, Vincent Deluard, summed up why in a recent report. “The ARK Innovation ETF has returned 346% since its inception but no value has been created due to flows’ poor timing,” he writes.

In the chart below, we can see how the peak in shares outstanding (4/15/21) occurred shortly after the ETF’s all-time high in performance (2/18/21). In other words, a ton of capital herded into the fund right before performance turned south. 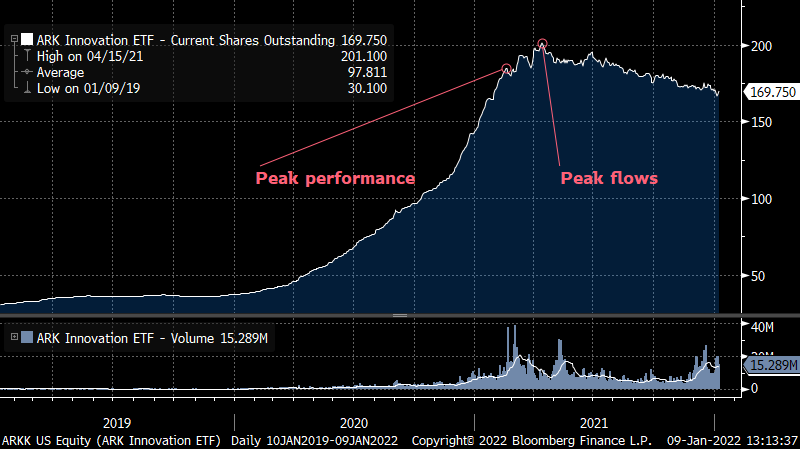 Cathie Wood isn’t the first star manager to deliver negative returns to their pool of investors. In fact, we’ve seen this story several times before.

For instance, Peter Lynch managed the Fidelity Magellan Fund from 1977 to 1990, generating about a 29% average annualized return. Yet, according to a study by Fidelity Investments, the average investor in the Magellan Fund managed to lose money over that period. The problem? Investors tended to buy the fund after hot performance streaks and sell after cold streaks ensued.

Market timing mistakes are common beyond the realm of star managers, too. For decades, the research firm DALBAR has published reports profiling investor behavior. They find the average investor switches strategies too often (“chasing heat”), under-allocates to equities, and sells at inopportune times. As a result, the average investor underperforms compared to broad market averages.

One thing that makes sticking to any investment strategy particularly hard is volatility. For instance, the CGM Focus Fund has historically exhibited an above-average beta (a measure of market sensitivity), as does ARKK.

On the other hand, Berkshire Hathaway shares have historically exhibited a below-average beta. That partly explains why Warren Buffett has been able to attract sticky shareholders over the years.

What is the primary lesson here? Ultimately, the best investment strategy is one that works that you can also stick with.